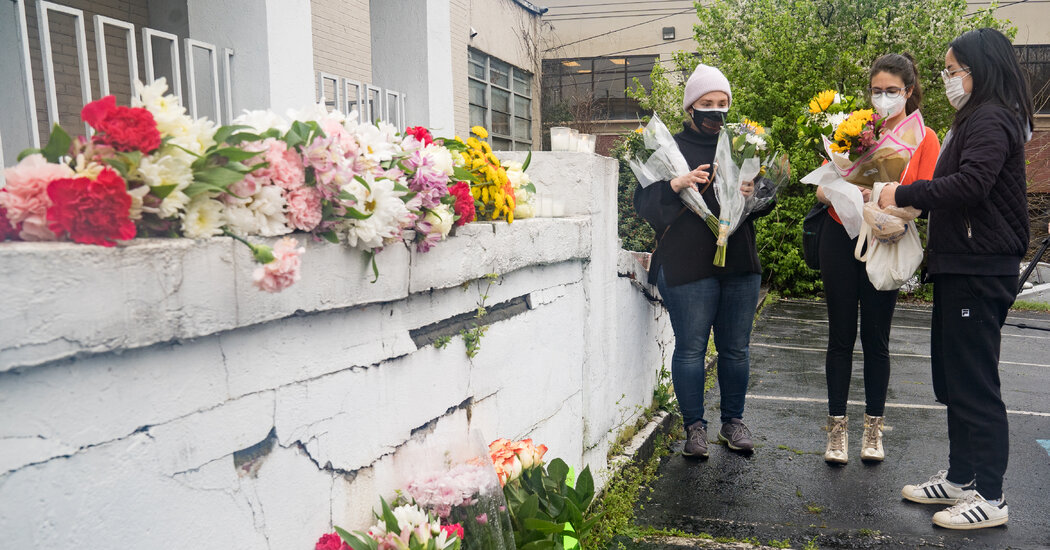 Ms. Yaun, one of four siblings who grew up in the area, had worked as a server at a Waffle House restaurant. She raised a 13-year-old son as a single mother and had an 8-month-old daughter, family members said.

“It was just all about family,” Ms. Toole said. “Whatever we’d do, we’d do it together. It doesn’t seem real. I expect to see her walking through the door any minute. It just hasn’t quite sunk in yet.”

Ms. Davis stood with family and friends outside Ms. Yaun’s home in Acworth on Wednesday afternoon, wiping tears from her eyes.

“She was the rock for this family,” Ms. Davis said. “If any family needed anything, they went to her. She doted on her kids.”

Paul Andre Michels, another person killed at the spa, was one of nine siblings, his brother John Michels said.

“We did almost everything together,” Mr. Michels, 52, said. His brother, he said, was a businessman and a veteran of the U.S. Army infantry, where he served in the late 1980s. Paul Michels had been married for more than 20 years and was a Catholic as well as a strong political conservative, his brother said. He grew up in southwest Detroit and moved to Georgia about 25 years ago for work.

Mr. Hernandez-Ortiz, the man injured in the attack, was making his way to a money exchange business next door to Young’s Asian Massage when shots rang out, his wife, Flor Gonzalez, said. Moments later, he desperately reached for his cellphone.