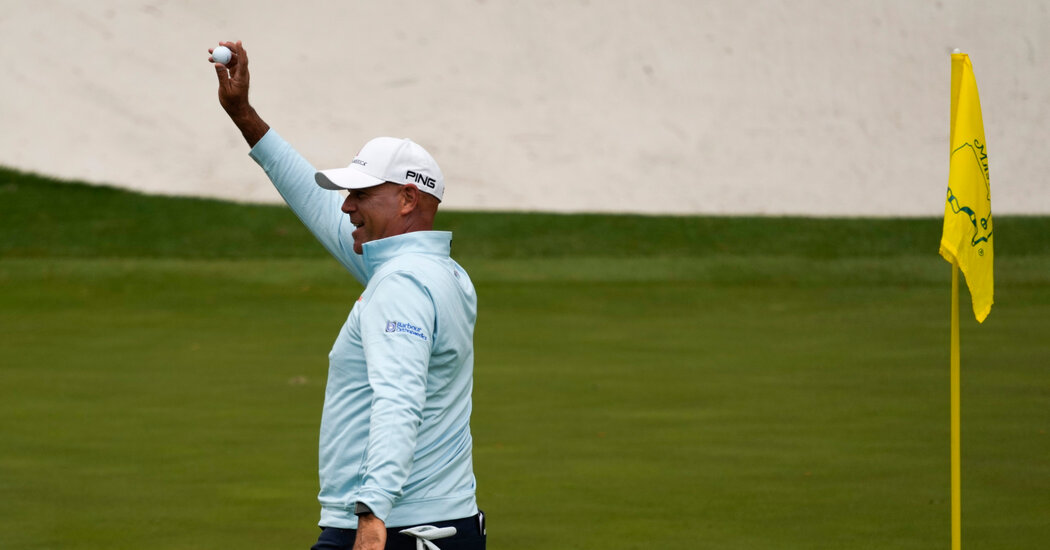 “When you think it’s going,” he said, “then it pretty much never does.”

True enough. But that did not stop his British Open-winning father from expecting the ball to wind up in the cup.

“Usually a lot of times anyway, you hear it was kind of a mis-hit or whatever,” Stewart Cink, 48, said. “This was not a mis-hit. This was exactly the way I would have drawn it up. It was like a dream shot.”

And as he watched the ball travel, the spectators sitting close by became a giveaway about its trajectory on the green.

No. 16 has seen a burst of hole-in-one activity in recent years, with nine golfers now having aced it since 2016.

“It’s very special,” Tommy Fleetwood said after he holed a tee shot on No. 16 last year. “Doing it at a major is great, doing it competitively is great, but at Augusta is probably just another edge.”

But Cink, who had been playing exceptional golf recently, would have sacrificed the triumph for a chance to play on Saturday and Sunday.

The shot, though, did make for an easy birthday present for Reagan.

He got to keep the ball.