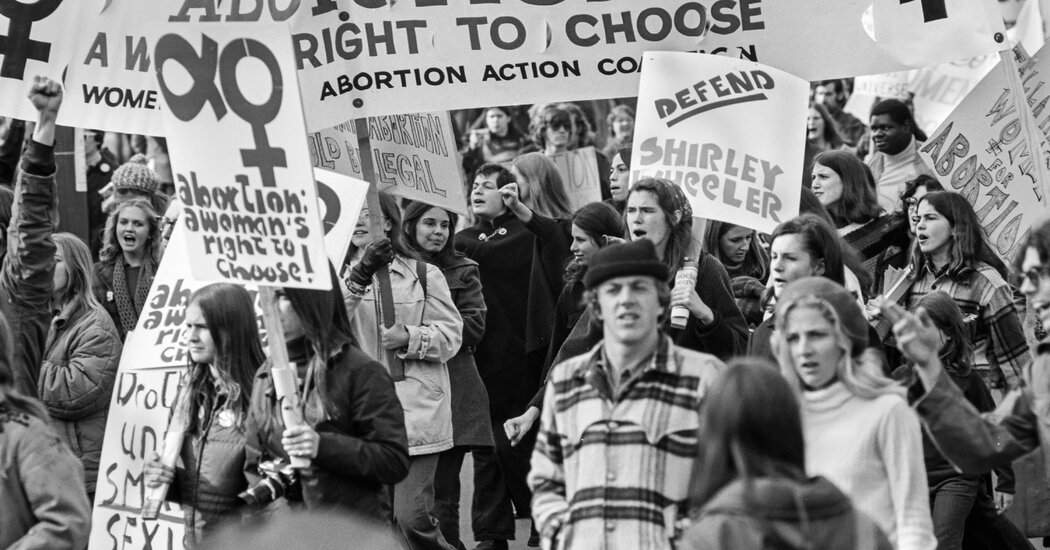 A majority of the Supreme Court has privately voted to strike down Roe v. Wade, according to a leaked draft opinion from February that was published by Politico. Here’s a look at the history of the landmark decision and the case from Mississippi now being decided by the court

What is Roe v. Wade?

Roe v. Wade is a landmark Supreme Court decision from 1973 that established a constitutional right to abortion.

Roe struck down laws barring abortion in several states, declaring that they could not ban the procedure before the point at which a fetus can survive outside the womb.

That point, known as fetal viability, was around 28 weeks when Roe was decided. Because of improvements in medicine, most experts now estimate fetal viability to be about 23 or 24 weeks.

The case is sometimes colloquially referred to simply as “Roe,” the plaintiff’s listed name. It was actually a pseudonym for Norma McCorvey, who was 22 and pregnant when she became an abortion rights advocate. She later joined the anti-abortion movement, and revealed in a documentary months before her death that she had been paid to do so.

The name “Wade” refers to the defendant Henry Wade, who was the Dallas County district attorney at the time.

Roe is a popular decision — polls have consistently shown that a majority of Americans do not want the Supreme Court to overturn it.

The Mississippi case is centered on a state law that banned most abortions after 15 weeks of pregnancy and was intended to be a direct challenge to Roe. It was enacted in 2018 by a Republican-dominated state legislature.

Because of an immediate legal challenge, the law did not go into effect. If it had, health care providers who violated it could have had their medical licenses suspended or revoked.

The Supreme Court appeared poised to uphold the Mississippi law after it heard arguments in December, though at the time, the six-member conservative majority seemed to be divided about whether to move forward with overruling Roe entirely.

What is Planned Parenthood v. Casey?

Planned Parenthood v. Casey is another landmark Supreme Court decision from 1992. It affirmed Roe’s central tenet — that women have a constitutional right to terminate their pregnancies until fetal viability.

What would it mean for abortion access if Roe is overturned?

More than half of U.S. states would likely or almost certainly ban abortion if the Supreme Court overturned Roe, according to an analysis from the Guttmacher Institute that was updated in April. That number includes several states that have passed so-called trigger laws, which would automatically ban all abortions without Roe.

Depending on exactly how the court might word such a decision, legal abortion access could effectively end for those living in much of the American South and Midwest, especially those who are poor, according to a New York Times analysis from 2021. A cascade of restrictive abortion legislation has already been proposed in Republican-led states.

Another way to understand who will be most affected by overturning Roe is to consider who is getting abortions in the United States. The typical patient is already a mother, poor, unmarried, in her late 20s, and very early in her pregnancy.

Overturning Roe would further cement the United States’ status as a global outlier on abortion. According to the Center for Reproductive Rights, just three countries — Poland, El Salvador and Nicaragua — have tightened abortion laws since 1994.