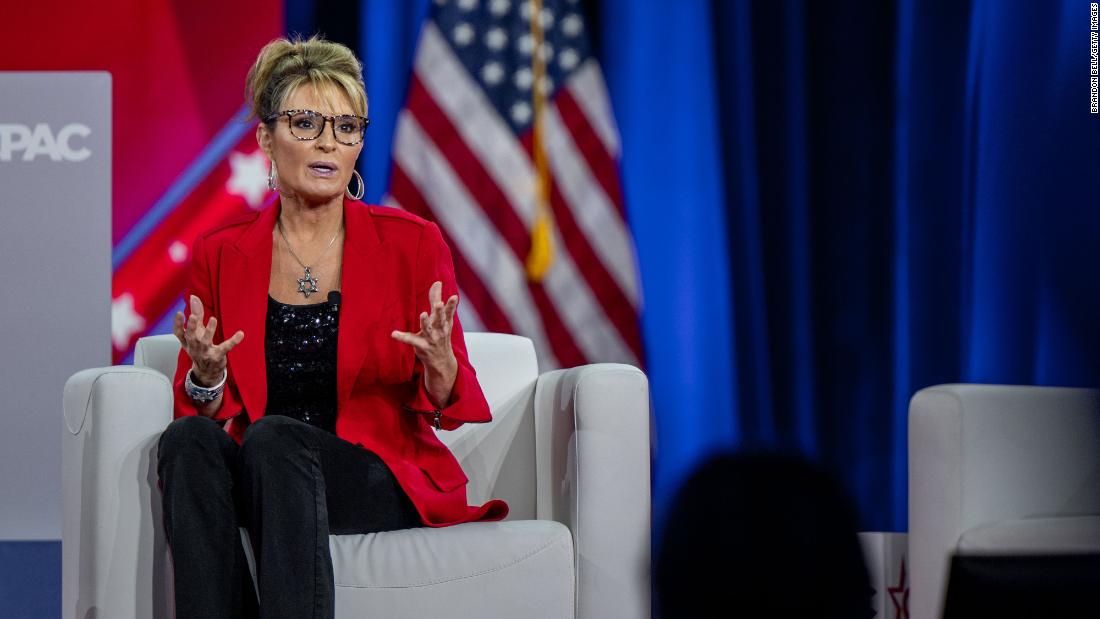 Though Alaska’s political environment is unique, the race bore the hallmarks of a slew of other races that could decide which party controls the House and Senate after November’s election. Former President Donald Trump stepped in, ignoring the concerns of local Republicans. His choice, Palin, struggled to appeal to more moderate Republicans and independent voters. Democrats, meanwhile, focused their message largely on abortion rights, energizing portions of the electorate that the party had feared would sit out the midterms.

Since the Supreme Court’s decision to end national abortion rights protections, conservatives have racked up a string of stunning losses. In ruby-red Kansas four weeks ago, voters overwhelmingly rejected an amendment that said there was no constitutional right to an abortion in the state. In New York last week, the Democratic candidate won a House special election in what was widely seen as a bellwether district.

Now, Alaska — a state that has voted for Republicans in every presidential election since Lyndon B. Johnson was up for reelection — has elected a Democrat to fill an at-large House seat that had been in GOP hands for nearly 50 years. Peltola is set to make history as the first Alaska Native elected to Congress — though she may only hold the seat for a few months. She faces Palin again, among others, in November, when Alaskans will choose candidates for the regular two-year term that starts in January.

Peltola, in an interview with CNN on Wednesday hours before the ranked-choice results were tabulated, said she saw abortion rights as a key issue in her race. Alaska, despite its Republican leanings, has a “libertarian bent,” she said.

“We are very much covetous of our freedoms and our privacy,” she said.

She also pointed to a dark history of Alaska Native women being the target of forced sterilizations into the mid-20th century.

Meanwhile, though Palin proved to be a uniquely flawed candidate, she moved to the front of the Republican field in part due to the endorsement of Trump.

Her loss is sure to add to Republicans’ growing concerns about a flawed crop of Trump-endorsed 2022 midterm candidates in key races across the country — including the Arizona and Pennsylvania governor’s races, Senate contests in Arizona, Georgia, Pennsylvania, and more.

In a statement after the ranked-choice tabulation had shown Peltola had won, Palin chalked her loss up to Alaska’s switch to the new system — blaming “someone’s experiment with this new crazy, convoluted, confusing ranked-choice voting system,” which voters approved in 2020 and which will now be in place for all future Alaska elections.

The reality, though, is more complicated.

In Alaska, many voters — including conservative Republicans — remain angry with Palin over her abrupt departure from the state’s political scene. She quit the governor’s office in 2009, midway through her lone term in Juneau, under a cloud of ethics investigations and legal battles.

Trump ignored those sentiments in a state where he defeated President Joe Biden in 2020 by 10 percentage points.

In April, he endorsed Palin — saying in a statement that she had been among his first supporters in 2016.

Still, the party’s establishment in Alaska broke with Trump and attempted to steer the race in another direction — a clear sign of GOP concerns that Palin’s candidacy posed a unique electability problem.

Later in April, the Alaska Republican Party endorsed Nick Begich III, a businessman and a Republican member of the state’s most prominent Democratic political family, over Palin.

But, much like it has in other open-seat races, Trump’s endorsement proved decisive with Republican voters. And Palin’s celebrity status was too much for Begich to overcome.

Palin, Peltola, Begich and independent Al Gross were the top-four finishers in a 48-candidate June special primary. Gross dropped out of the race soon after, a move that allowed Peltola to consolidate Democratic support while Palin and Begich battled for Republican votes.

In the August 16 special election, 40% of voters listed Peltola as their first choice, while Palin got 31% support and Begich got 28% backing.

That meant Begich would be eliminated in the ranked-choice voting tabulation, and his supporters’ votes would go to their second choices.

Those second-choice votes were telling: A full 50% of those who voted for the Alaska Republican Party’s preferred candidate opted for a Democrat — or no one at all — over Palin.

“Alaskans know I’m the last one who’ll ever retreat. Instead, I’m going to reload,” Palin said in her statement after the unofficial results were announced. “With optimism that Alaskans learn from this voting system mistake and correct it in the next election, let’s work even harder to send an America First conservative to Washington in November. It’s the only way to clean up the mess that Joe Biden and the radical Democrats have made of things.”

In November’s general election, Palin could receive a boost from a larger turnout in a state that still favors Republicans. She is likely to receive votes from many of the same voters who back Trump-endorsed Kelly Tshibaka against Republican Sen. Lisa Murkowski in another ranked-choice contest.

Still, the key players have not changed: Peltola and Begich will again be on the ballot, and Peltola is certain to see an infusion of cash from Democrats nationally who until Wednesday night had not heard of her.

Peltola has taken progressive positions on some issues, but is positioning herself as an advocate for Alaska’s interests. She said in a statement Wednesday night that she will seek to continue Young’s “legacy of bipartisanship.”

“We built a great deal of momentum in a short time,” Peltola added. “I plan to continue introducing myself to Alaskans and working to earn their trust.”