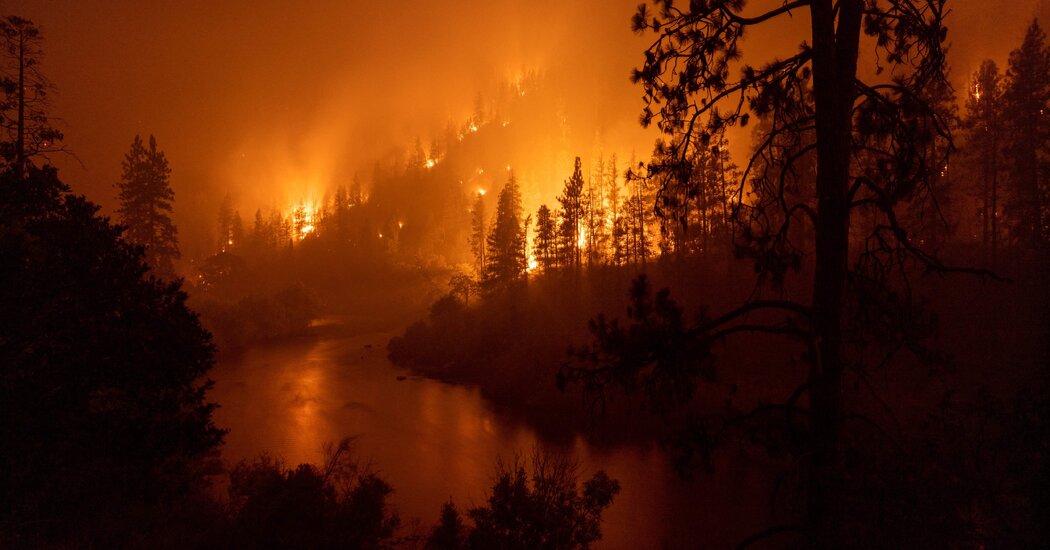 This practice has led to increasingly dense forests and ample brush on the forest floor. As a result, forests end up being “tinderboxes” for more explosive fires, said Jennifer Marlon, a research scientist at the Yale School of the Environment and creator of the Global Paleofire database, a collection of fire history records.

“When you have fuels that are more densely packed, they will burn hotter and faster and more severely,” Dr. Marlon said.

Experts say that fire suppression has also changed the forest floor, making fires more severe. There are now more fire intolerant shrubs and tree species, such as white firs, at lower elevations. White firs have needles running up their trunks that serve as ladders up to the canopy, creating crown fires that are the hardest to contain and most deadly for trees.

In recent years, firefighting has turned toward the use of “prescribed,” or controlled, burns, to treat fire-prone land by thinning its brush. Last year, the Forest Service used prescribed fires across a record 1.8 million acres of federal land. The agency hopes to ramp up operations nationwide in the coming years, but public backlash to the practice has grown. Opponents point to prescribed fires that sometimes get out of control, like those that burned through New Mexico earlier this year.

As the Western population as grown, so has the risk of sparking a wildfire.

Half of all wildfires are ignited by lightning strikes. The other half are ignited by humans, whether indirectly — felled power lines, or sparks from a train as the wheels press against the rails — or directly, from tossed cigarettes, cars backfiring or campfires.

Wildfires ignited by human activity spread more than twice as fast and killed more trees than those ignited by lightning, according to research presented at a 2020 meeting of the American Geophysical Union. “Where humans live, we bring opportunities for fires to begin,” Dr. Tingley said.