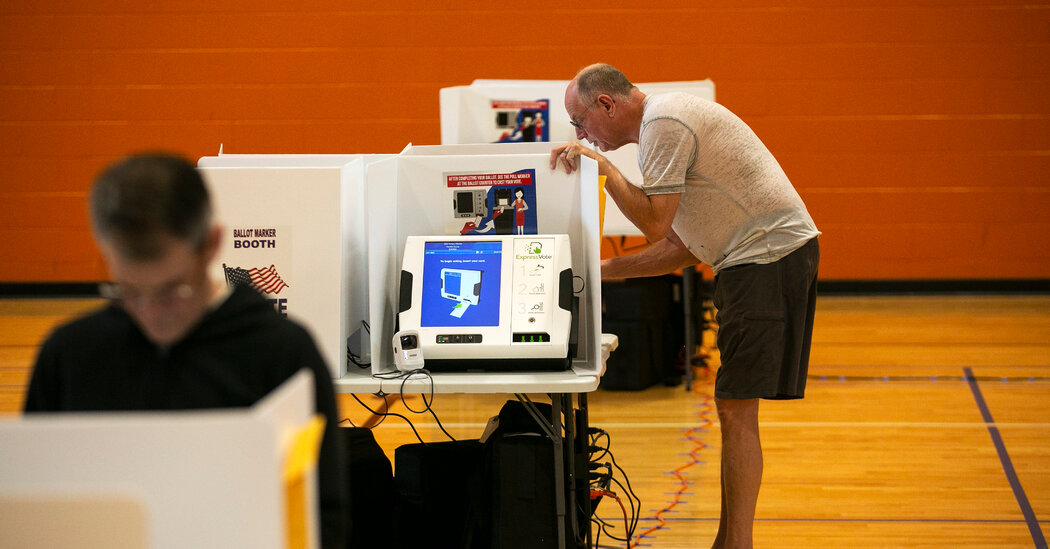 As we have said before, predicting the timing of election results is not an exact science. It can be downright messy. And surely, every election night is different.

Many factors can contribute to how late, or how early, results are reported: when polls close, what time election officials can start tabulating absentee ballots and how close races are, to name a few.

For the marquee races in Ohio, like the closely watched U.S. Senate primary, the secretary of state said it would begin posting unofficial results on its website at 8 p.m. Eastern time, half an hour after voting ends. In 2020, about half the vote had been counted by 8:30 p.m. in Ohio, said Stephen Ohlemacher, the election decision editor for The Associated Press.

Absentee ballots can’t be tabulated in Ohio until the polls close, and are then counted first, according to Rob Nichols, a spokesman for the secretary of state. As of Friday, about 162,000 ballots had already been cast in Ohio through the mail or via early, in-person voting, which ended on Monday, according to The A.P. In 2018, there were about 280,000 ballots cast before the primary in Ohio, which The A.P. estimated was 17 percent of the total vote.

Results for U.S. House races in Ohio will appear on county-level board of election websites before the secretary of state’s, putting the onus on the candidates, political parties and news media to tally results for each county in a congressional district. The secretary of state’s office cited Ohio’s back-and-forth on redrawing congressional maps as the root cause of the delay in updating their website.

Indiana expects to start posting results on the secretary of state’s website shortly after polls close — which is 6 p.m. local time, whether in the part of the state that is in the Eastern time zone or in the Central time zone. Election officials in the state can begin counting absentee ballots on the day of an election, but cannot post any results until after the polls close.

As of Monday morning, 146,365 ballots had been cast statewide, both through the mail and early, in-person voting, which ended on Monday in Indiana, according to The A.P. The total ballots cast in the 2018 primary was 173,000.