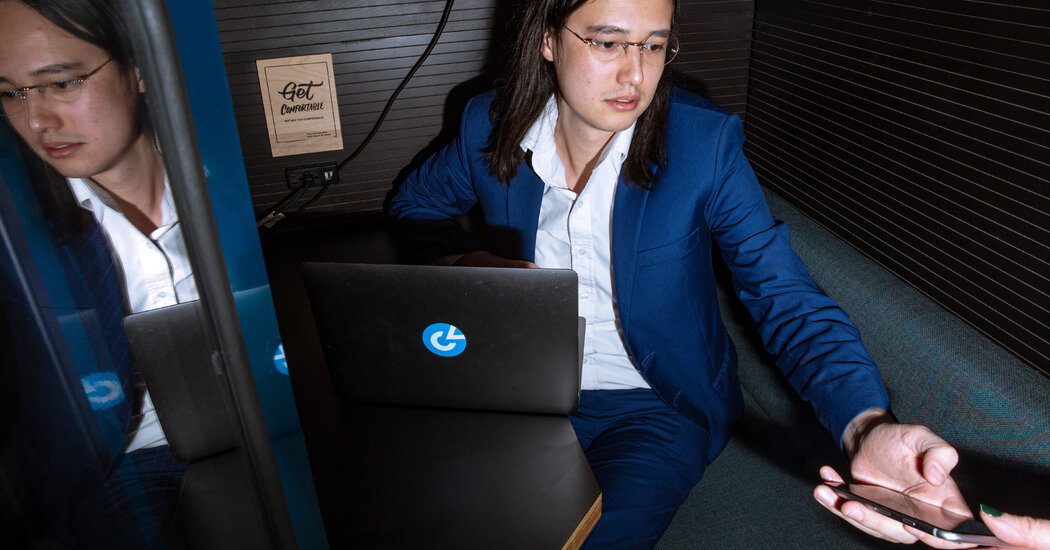 Kashmir Hill, a technology reporter for The New York Times, is taking over the On Tech newsletter today to share what she learned after a year reporting on the facial recognition company Clearview AI. You can sign up here to receive On Tech on weekdays.

Clearview AI has done something no other company ever has — and it’s testing legal and ethical boundaries in doing so.

The start-up, based in New York, gathered billions of photos available online to create an app that searches people’s faces to help identify who they are. The company operated out of public view for more than two years, before I wrote about its work in January 2020. The backlash was intense, and it seemed possible that Clearview would be sued, legislated or shamed out of existence. But not only did the company not implode, more customers in law enforcement flocked to its technology.

For the last year, I’ve been reporting on Clearview and how it was dealing with these challenges for a story for The New York Times Magazine. Here are five revelations from my reporting:

A troll played a pivotal role

BuzzFeed and HuffPost previously reported that Clearview’s founder, a technologist named Hoan Ton-That, and his company had ties to the far right and to a notorious conservative provocateur named Charles Johnson who ran a few short-lived investigative news sites that seemed designed to troll liberals. Johnson was banned from Twitter in 2015 and mostly disappeared from the public eye for the last few years.

According to Johnson, one of the projects he was working on during that time was Clearview. He considers himself a co-founder of the company. Clearview disputes that.

Johnson met Ton-That in 2016. They attended the Republican National Committee Convention in Cleveland together that summer, where Johnson introduced Ton-That to the billionaire tech investor Peter Thiel, who later provided seed money for the company that became Clearview.

Two days after the convention, Johnson also connected Ton-That to a communications consultant named Richard Schwartz. In 2017, the three of them formed a New York company called Smartcheckr LLC. The next year, Johnson’s shares in Smartcheckr were transferred into a 10 percent stake in Clearview, according to a contract he provided to me.

In January 2020, Clearview had been used by at least 600 law enforcement agencies. The company says that is now up to 3,100. The Army and the Air Force are customers. U.S. Immigration and Customs Enforcement, or ICE, signed a $224,000 deal to use Clearview’s technology in August. “Our growth rate is crazy,” Ton-That said.

Clearview sold $8.6 million in stock in August, according to a financial disclosure. The company has collected $17 million in total from investors and is valued at nearly $109 million, according to the start-up data provider PitchBook.

It has ‘revolutionized’ the investigation of child sex abuse

In one case, agents had photos of a young girl being abused that had been found by Yahoo in a foreign user’s account. The abuser’s face was visible in the photos, but ICE didn’t know who he was. Investigators ran the photos through Clearview, and he showed up in the background of an Instagram photo from an event. The clue eventually led investigators to identify the man and rescue the 7-year-old he had been abusing.

“It has revolutionized how we are able to identify and rescue children,” an ICE official said. “It’s only going to get better, the more images that Clearview is able to scrape.”

There are no federal laws in the United States regulating facial recognition technology. The biggest legal hurdle for the company is Illinois’s Biometric Information Privacy Act, a state law from 2008 that says that private entities must receive individuals’ consent to use their biometrics — a fancy word for measurements taken of the human body — or incur fines of up to $5,000 per use. Clearview AI faces 11 lawsuits in Illinois, including one filed by the American Civil Liberties Union.

Clearview has hired Floyd Abrams, a veteran First Amendment lawyer, to help defend it. Abrams says that because Clearview’s database contains photos that are available on the internet, the company is protected by the U.S. Constitution.

“We’re saying that where information is already out, already public,” Abrams said, “that the First Amendment provides enormous protection.”

The A.C.L.U. doesn’t object to Clearview’s scraping of photos, but it says that creating a faceprint from them is “conduct” and not speech — and thus isn’t constitutionally protected.

Now that the taboo is broken, copycats will follow

Clearview has said that it doesn’t plan to let the public use its app, but a copycat company could.

And within the last year, a mysterious new site called PimEyes has popped up with a face search. It works surprisingly well.

I’m pretty sure this dog can’t drive a scooter but Maximilian looks magnificent at the wheel.

If you don’t already get this newsletter in your inbox, please sign up here.