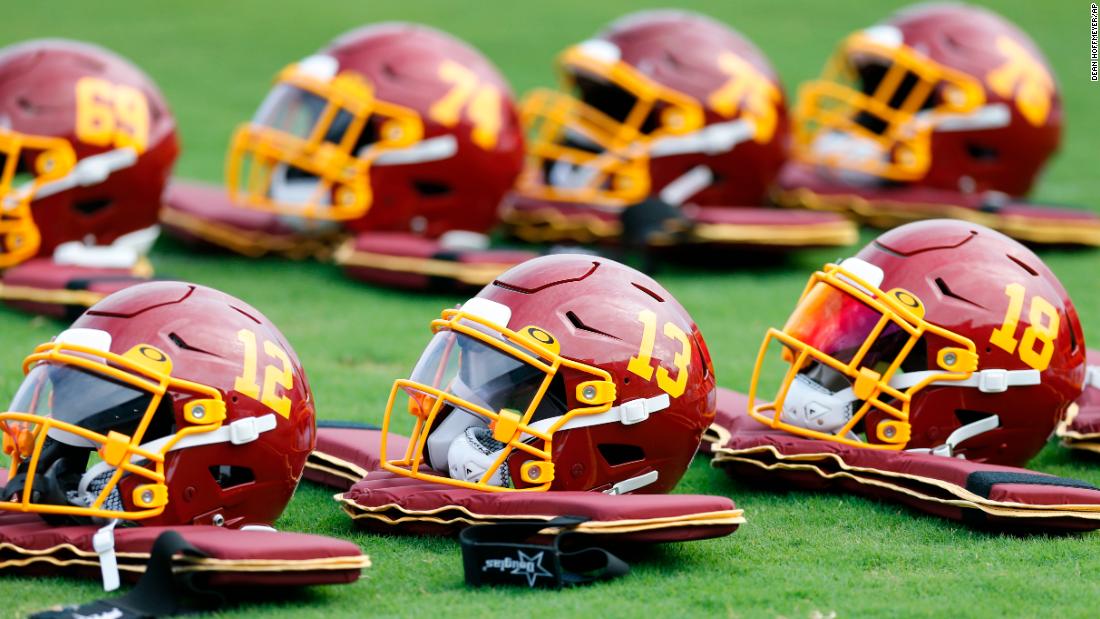 Team president Jason Wright made the announcement on the team’s web site Tuesday stating that: “We can’t wait to hit the ground running with our team name and identity on a clear path — one without distracting obstacles, legal or otherwise.”
The new name won’t be the ‘Wolves’ or ‘CrimsonWolves,’ Wright mentioned “after careful consideration.”

“One of the most awesome and powerful aspects of this process has been getting to hear and understand your preferences directly, and we know that many of you loved one or both of these names,” Wright mentioned.

“Understanding the weight and importance of our team name, and excitement around other name options — both internally and within our fan base — we didn’t want to risk going down a route that could be dotted with legal hurdles.”

Wright continued: “We are confident that this identity is one that our team and our fans across D.C., Maryland, Virginia and beyond can rally behind for another 90 years and more as we continue to cheer on the Burgundy & Gold in this next chapter.

“Early on we understood Wolves — or some variation of it — was one among our fan favorites. We put Wolves on a listing of choices to discover absolutely.

“Once we began looking into Wolves, however, we became aware of a notable challenge: trademarks held by other teams would limit our ability to make the name our own. And without Wolves, variations like RedWolves wouldn’t have been viable either for these and other reasons.”

In July 2020, Washington modified its name to the ‘Washington Football Team’ after the franchise confronted growing strain to change its earlier name, the Redskins, due to its racist connotations.

Washington is about to play its final sport of the common season on Sunday on the New York Giants.