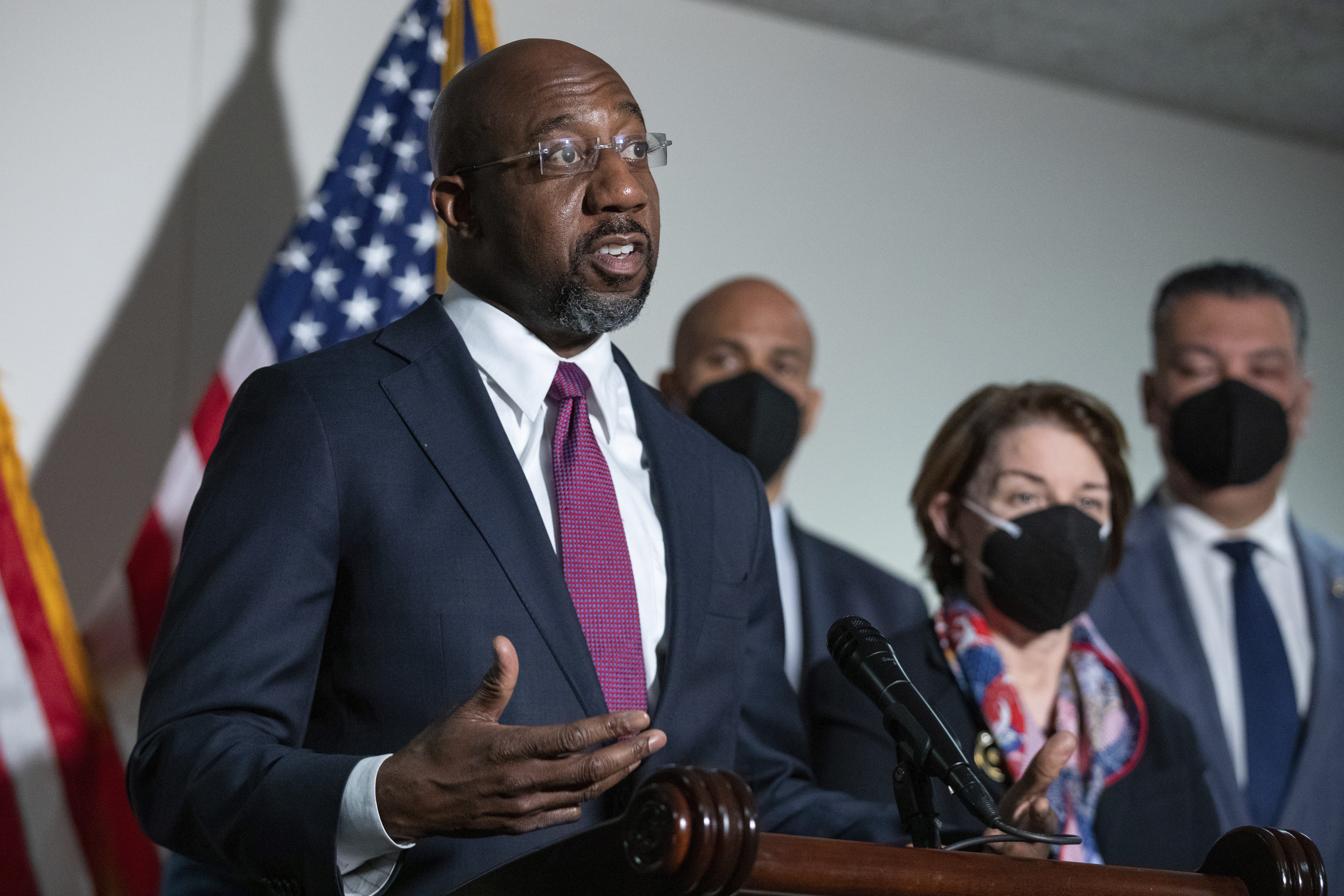 “What you see coming from me is an effort to lower peoples’ costs, whether that’s through the gas tax relief bill or other bills that I’m looking at introducing,” Warnock said in an interview. Republicans “are focused on politics, and I’m focused on the people I’m here to represent … people are struggling and they are focused on how they pay for their groceries.”

The move toward slashing taxes — typically a mainstay of Republicans — comes at a pivotal point for Democrats’ fragile majorities, particularly in the Senate. The party has failed to pass both a landmark $1.7 trillion spending bill that would have offered broader tax reform and a voting and elections package they believe would have made them more competitive in this year’s midterms.

And that leaves Democrats racing to cobble together an agenda that convinces voters that the party is responding to their biggest concern: rising costs.

“I’m just hearing that people are being really stretched by the cost of everything. And anything we can do to help lower costs is something I think we should do,” Hassan said. “It’s really important to listen to constituents and help them lower costs, and I think the cost issues are real.”

Republicans are dinging those Democrats’ moves as desperate re-election ploys as President Joe Biden’s sinking approval ratings endanger control of the Senate. But the larger obstacle to Democrats’ latest pivot could be within the party itself.

Some Democrats have little desire to entertain a yearlong gas tax holiday just a few months after Biden signed the Senate’s infrastructure law.

Sen. Mark Warner (D-Va.), who helped write that infrastructure law, said he’s “always reluctant” to take away a dedicated funding source for roads and bridges. Others were harsher.

“While the oil and gas industry are extracting massive windfall profits, to support that without having them have significant responsibility would be a real mistake,” said Sen. Sheldon Whitehouse (D-R.I.)

Senate Majority Leader Chuck Schumer said Tuesday the caucus has not reached a unified position on the cost-cutting regimen. And not all Democrats are opposed to the tax-cutting Hail Mary.

But given the 50-50 Senate split, it’s debatable whether any of these ideas can become law. Senate Republicans dismissed them as both nonsensical and desperate, suggesting getting 60 votes would be near impossible.

“It’s blatantly transparent. And obviously very politically motivated. This isn’t something they’d be rolling out unless they were looking at polling that suggests they are taking on a lot of water as result of a huge spike in gas prices,” said Senate Minority Whip John Thune (R-S.D.).

He said “maybe” it’s good politics for Democrats but predicted voters would “see through” Democrats’ tactics. National Republican Senatorial Committee Chair Rick Scott (R-Fla.) said of Democrats: “These are the same people last year that were trying to raise taxes and now because they’re in tight races they want to cut them.”

Yet if Republicans were to block any of these proposals, that might be OK with Democrats, who are looking to draw a contrast on inflation. Democrats are eager to put the GOP on its back foot, and Republicans stonewalling their efforts would allow them to argue they’re at least trying to combat rising costs.

“I’m hearing a lot of complaining on the other side about rising costs, but I haven’t heard any solutions from them. I think the people on the ground want solutions,” Warnock said.

During the Tuesday caucus lunch, Kelly and Hassan presented their proposal, and Warnock spoke up about reducing the price of insulin. But attendees said the conversation was wide-ranging and included other ideas like reinstating the expired, expanded child tax credit. That suggests Democrats have a long way to go before they have real policy in hand, even as senators surmised that the discussion could eventually lead to a broader package or proposal coming to the Senate floor.

Meanwhile, several members of the caucus said they had yet to take a firm position on suspending the gas tax. Privately, members said that it’s not unusual for vulnerable incumbents to be taking the lead on legislation designed to reduce expenses for voters.

“We’re in a difficult circumstance,” said one Democratic senator, granted anonymity to discuss the proposals candidly. “When you have the president of your party and the majority in both houses and inflation is high, that’s hard. So I think any way for them to be able to demonstrate that they’re trying to ratchet down [costs] is helpful.”