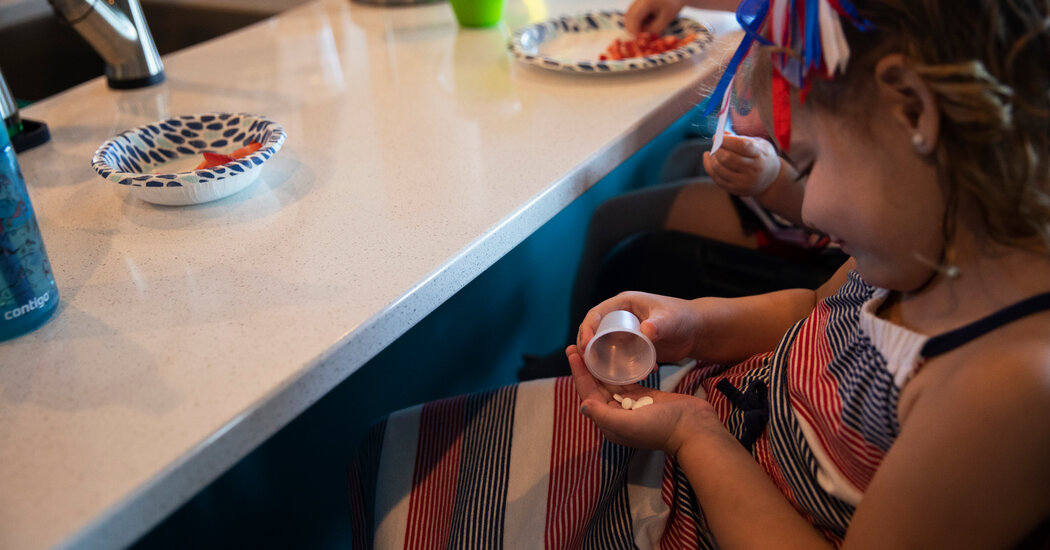 Unexplained hepatitis does not appear to have become more common among American children than it was before the Covid-19 pandemic began, according to a new review of three large medical databases by researchers at the Centers for Disease Control and Prevention.

The results are part of an ongoing investigation into a puzzling cluster of cases of severe hepatitis, or liver inflammation, in previously healthy children, which date back to October 2021. As of May 26, 650 probable cases had been reported in 33 countries, according to the World Health Organization. Although the cases are extremely rare, they can be severe, resulting in liver transplants or death.

Hepatitis has a wide variety of causes, including the hepatitis A through E viruses, toxins, and certain medications. In the recent cluster of cases, however, many of these common causes have been ruled out.

Researchers have been investigating a range of potential explanations, including the possibility that the cases might be linked to the pandemic or caused by an infection with an adenovirus, one of a family of common viruses that typically cause cold- and flu-like symptoms and have been detected in many of the affected children. (It is also possible that the two factors are working in concert. A previous coronavirus infection might leave children more vulnerable to a subsequent adenovirus infection, for instance.)

Officials have also been trying to determine whether the cases represent a new phenomenon or are simply a new recognition of one that has long existed; there have always been a subset of pediatric hepatitis cases with no clear cause.

In the new study, the researchers found that from October 2021 to March 2022, the number of weekly emergency room visits and monthly hospital admissions that were recorded as being associated with pediatric hepatitis of an unspecified cause was not significantly higher than prepandemic baselines, calculated as far back as 2017. The number of pediatric liver transplants per month did not increase significantly either, the study found.

To investigate the adenovirus hypothesis, the scientists reviewed data from the company Labcorp, which routinely tests pediatric stool samples for adenovirus type 40 and 41, which generally cause gastrointestinal symptoms. The share of samples testing positive was not significantly higher in recent months than in the years before the pandemic, the scientists found.

The findings diverge from reports from Britain, where officials have reported a small uptick in unexplained hepatitis among young children in 2022 compared to previous years, as well as an increase in adenovirus infections.

Because pediatric hepatitis remains rare, a modest increase would be difficult to detect, the researchers caution, and continued investigation and monitoring is needed. “Ongoing assessment of trends, in addition to enhanced epidemiologic investigations, will help contextualize reported cases of acute hepatitis of unknown etiology in U.S. children,” they write.

The new study has a number of limitations, the authors note. There is no comprehensive database of unexplained pediatric hepatitis cases in the United States so the true prevalence remains unknown. There are also lags between when hospital admissions and liver transplants occur and when these outcomes are reported, which means that more recent cases might be missing from the analysis.