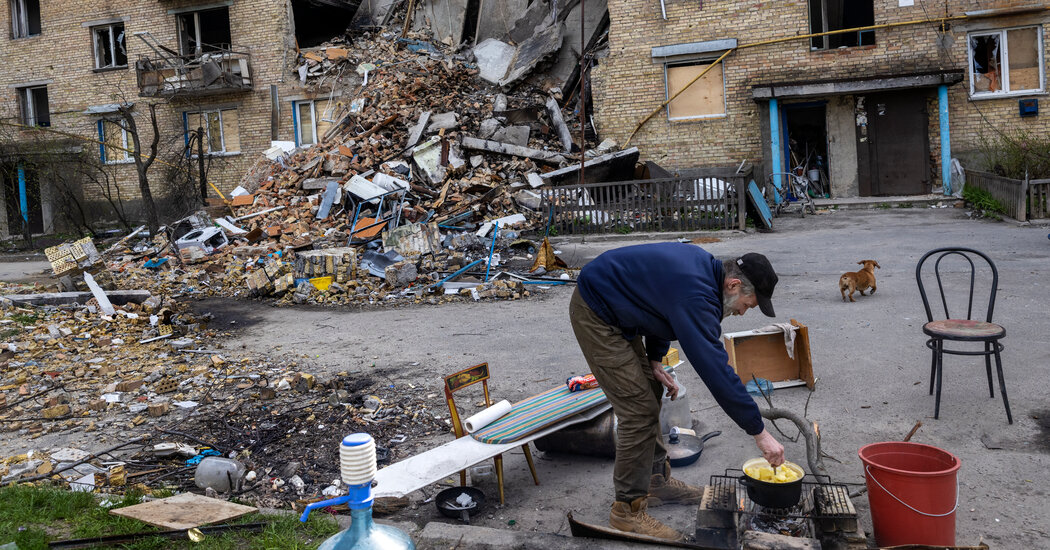 Gazprom’s announcement on Tuesday that it would suspend natural gas supplies to Poland and Bulgaria is not likely to have a major impact on the overall European gas market, analysts say. But it comes as a warning that further, more serious cutoffs of fuel from Russia could be in the offing as the war in Ukraine grinds on.

The move “increases the risk of other early terminations for other European contracts,” Giacomo Romeo, an analyst at Jefferies, an investment bank, wrote in a comment.

Russia’s cutoff of gas is the first major suspension of supplies to European countries since the war in Ukraine began in late February. Gazprom, the Russian gas monopoly, said in a statement that it was acting because the Bulgarian and Polish gas companies had not met President Vladimir V. Putin’s demands that they pay in Russian rubles for gas supplied since April 1.

European leaders and utilities have said complying with the demand for rubles would violate Western sanctions. Russia said it would cut off gas to those not complying. As payments came due, it had been unclear how the standoff would be resolved.

Mr. Putin seems to be testing European customers, trying to find weakness and sow division. Russian officials have made bellicose comments but, until now, Gazprom honored the supply contracts with Europe that help finance the Kremlin’s war machine.

Analysts say that, in effect, tearing up contracts with Poland and Bulgaria is relatively low risk. Poland did not want to sign another contract with Gazprom, and Bulgaria is a small customer, consuming around 2 percent of the gas that the Russian behemoth sends to Europe.

Some analysts say Mr. Putin may have miscalculated. Before this public breach, companies may have been willing to hold their noses and quietly do Russia’s bidding for the sake of security of supply, but now it may be more difficult for blue chip western European firms to do so.

“If you are big, listed utility, and you are seen publicly to bow to blackmail from Putin, you might get real trouble from your shareholders,” said Henning Gloystein, a director for energy and climate at Eurasia Group, a political risk firm.

Mr. Gloystein also said that some national governments may tell their companies not to comply with the Kremlin’s diktats.

The European Union, though, appears interested in helping companies continue to buy fuel from Russia without disruption or legal jeopardy.

The European Union hinted recently in a guidance paper that an arrangement proposed by Moscow — under which companies open an account at Gazprombank, the financial arm of the company, and make deposits in euros or dollars that are then converted to rubles — might not be considered a breach of sanctions.

On Wednesday, Uniper, a large German utility, said it was talking to Gazprom about implementing the ruble requirements in light of the European Union’s recent statements.

“Our view is that a payment is still permissible,” the company’s chief financial officer, Tiina Tuomela, said on a call with analysts, saying that the company was “in close contact with the German government on this matter.”

Other companies may follow Uniper’s lead, favoring securing supplies for their customers over taking a stand against Russia. Hungary’s prime minister, Viktor Orbán, who has close ties to Mr. Putin, has already said his country was ready to comply.

Mr. Gloystein said he thought that some companies would balk and that more cutoffs might occur in the future.

For Europe, the gas stoppage comes at a good time, if there is such a thing. With the spring weather turning warmer, gas consumption, which surges in the winter, is in decline, easing some of the pressure that has kept prices elevated for months.

In a note to clients on Tuesday, the analysts at Goldman Sachs said that they expected the Russian cutoffs to “have only a modest physical impact” on the supply and demand balances in the key northwest European market.

Despite such assurances, the Russian move led to a surge in European natural gas futures prices on Wednesday — they opened more than 20 percent higher on the Dutch TTF exchange, to 125 euros (about $133) per megawatt-hour. The prices eased later in the day.

Poland will most likely be buffered from the Russian cutoff in the coming months. It has been taking in only modest amounts of gas this year from Russia through the Yamal pipeline, which Gazprom is cutting off. Indeed, the pipeline has often been running in reverse, bringing gas from storage in Germany to Poland.

Unlike some other European nations, Poland has been working for at least a decade to avoid being held to ransom by Moscow over energy. This preparation means that Warsaw has other options for obtaining gas, including a liquefied natural gas terminal that the country built to reduce its dependence on gas from Russia. The facility allows Poland to import fuel from suppliers like Qatar and the United States. In addition, a new pipeline bringing gas from Norway under the Baltic Sea is expected to come online later this year.

Poland has also been putting gas into storage facilities that are now more than 75 percent full, more than double the European average.

In a statement on Wednesday, PGNiG, the dominant Polish energy company, said it had “various possibilities of obtaining” gas, including from Germany and the Czech Republic.

PGNiG said that by stopping gas flows, Gazprom was breaching its contract. The Polish company said that “after a thorough analysis” it had decided that paying in rubles was not consistent with the terms of its contract.

Bulgaria also maintains that it has met its legal obligations and that gas is being used “more as a political and economic weapon in the current war,” said its energy minister, Alexander Nikolov. While heavily dependent on Russian gas, Bulgaria is a minnow in terms of overall European consumption of the fuel, analysts say. But like other smaller countries in southern and Eastern Europe it may struggle to completely replace Russian gas, analysts say.

“It is in the interest of both the E.U. and Russia to work out a solution” the Goldman analysts wrote, warning that a larger suspension of gas could lead to a “significant economic toll.”