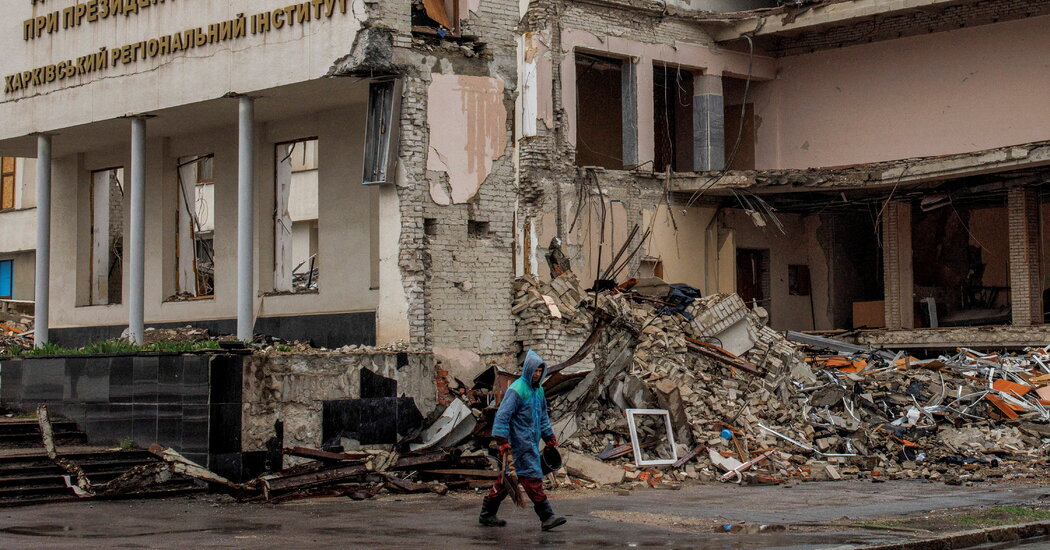 Russian and Ukrainian forces are converging in the eastern part of the country, as thousands of civilians have streamed out of the region ahead of what threatens to be the war’s next big battle.

The fighting could look substantially different from the battle for Ukraine’s capital, which saw Russian forces pushed back from areas around Kyiv, leaving smoldering tanks and bombed-out suburban homes in their wake.

After retreating from the areas around Kyiv, Russian forces are repositioning for a new offensive on the Donbas region of eastern Ukraine.

They’ll be operating in familiar territory there, given Russia’s 2014 invasion, and with shorter supply lines, analysts say. The Russians also will be able to rely on a vast network of trains to resupply their army — no such rail network existed for them north of Kyiv.

Ukraine’s leaders say they are gearing up for a large clash as well. Ukraine’s foreign minister, Dmytro Kuleba, urged NATO leaders last week to send reinforcements. Western arms have poured into Ukraine in recent days, but Kuleba said more were needed, and quickly. The battle for eastern Ukraine “will remind you of the second World War,” he warned.

The center of gravity appears to be near the eastern city of Izium, which Russian units seized last week as they try to link up with other forces in the Donbas region, the southeastern part of Ukraine. The Russians are also trying to solidify a land corridor between the Donbas and the Crimean peninsula on the Black Sea, which Russia invaded and annexed in 2014.

There are other signs that the two armies are gearing up for a big fight. Newly-released satellite images showed a Russian convoy of hundreds of vehicles moving south through the Ukrainian town of Velykyi Burluk, east of Kharkiv and north of Izium, according to Maxar Technologies, which released the images Sunday.

“This is going to be a large scale battle with hundreds of tanks and fighting vehicles — it’s going to be extremely brutal,” said Franz-Stefan Gady, a research fellow at the International Institute for Strategic Studies in London. “The scope of the military operations is going to be substantially different from anything the region has seen before.”

Since Russia’s annexation of Crimea, Moscow has backed separatist uprisings in two eastern provinces — Donetsk and Luhansk — of the Donbas. The conflict has killed more than 14,000 people over the past eight years.

“Russia is operating in terrain which is very familiar,” said Keir Giles of the Conflict Studies Research Center in Britain. Moscow’s forces “will have learned from its mistakes in the early days of the campaign against Ukraine,” he added.

There’s also the added benefit for Russia of railways in the east, Mr. Giles said, explaining that the networks there are dense and traverse territories already under Russia’s control.

Still, for all of the presumed Russian advantages in the east, some analysts doubt that the army will be any more effective in eastern Ukraine than it was north of Kyiv. The Russian forces that attacked the Ukrainian capital were so badly mauled that many of the units are too depleted to start fighting again, according to Western officials and analysts. They also say that many Russian units appear to be suffering from low morale, with some soldiers refusing to fight.

“Normally, a serious military would take months to rebuild, but the Russians seem to be hurling them into this fight,” said Frederick W. Kagan, the director of the Critical Threats project at the American Enterprise Institute, which has partnered with the Institute for the Study of War to track the war in Ukraine. “The forces they are deploying are badly beat up and their morale appears to be low.”

Mr. Kagan said that, in the east, Russian forces may encounter some of the same mobility problems that they sustained in their invasion of northern Ukraine. Russian forces were largely confined to the country’s roads, as they were not able to traverse the terrain. That left Russian armored vehicles and trucks vulnerable to attack from Ukrainian forces, which — using Western-supplied anti-tank missiles — destroyed hundreds of Russian vehicles.

For the Russians, transportation problems are likely to get worse. Spring rains will turn much of the terrain into mud, further hampering mobility.

Mr. Kagan noted that Russian forces are “remarkably road-bound, which might actually make the east more challenging because the road network is much worse than the network around Kyiv.”

“The Russians have a lot of weight to bring to bear, but they have a lot of problems,” Mr. Kagan said. “The Ukrainians have high morale, high motivation. And a lot of determination. But they’re outnumbered and they don’t have the infrastructure of a militarized state to support them.”