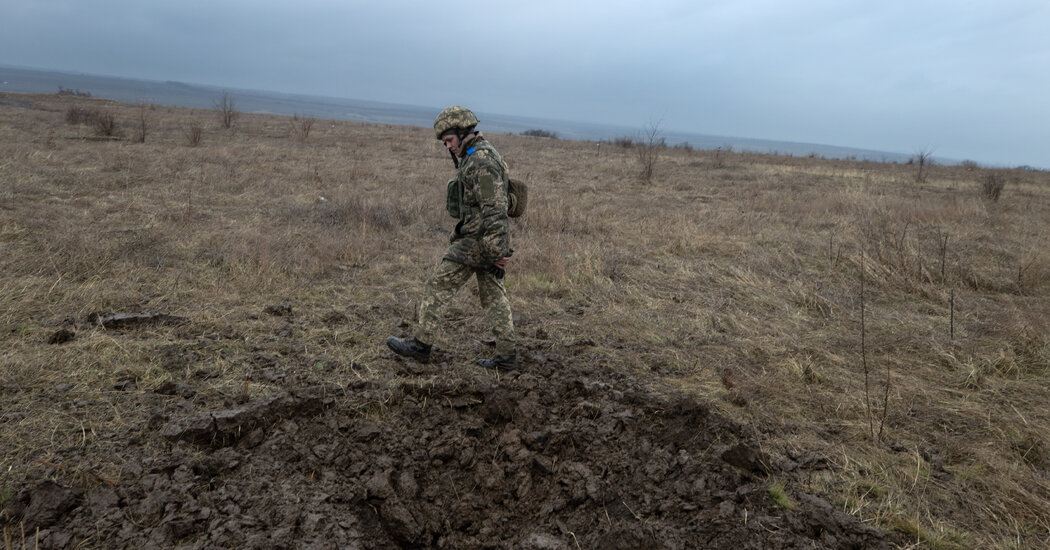 KYIV, Ukraine — Every February seems to be difficult for Julia Po. It is the month she had to leave her home in Crimea in 2014 after Russian troops annexed it and pro-Moscow separatists took control of parts of eastern Ukraine.

But this February has been particularly painful, with Russian troops massed on Ukraine’s borders and the United States and its allies warning that an invasion looks imminent. On Friday, President Biden, while still pressing for a diplomatic solution, said he believed that President Vladimir V. Putin of Russia had made a final decision to invade within a week and target Kyiv, Ukraine’s capital.

American officials said that as many as 190,000 Russian troops and members of aligned militias were arrayed near the borders and in the eastern regions held by the separatists. In the east, separatist leaders called for mass evacuations, claiming that Ukraine’s military was planning a large-scale attack — an assertion that Mr. Biden dismissed as a lie intended to give Russia a pretext to invade.

The crisis has taken a toll on many Ukrainians, including Ms. Po, an artist. She had been planning an exhibition in western Ukraine, but she forgot about it until the last moment, overwhelmed by stress over the Russian troop buildup.

She decided to go — but then began to worry that if worst-case scenarios about the invasion come true, she would be stuck in the western city of Lviv for a long time.

Ms. Po said her background made it hard to be an optimist. “When you are from the Crimea and have already lost your home, you understand that everything is possible,” she said.

In Kyiv, there has been an air of unreality about the situation, and stoic resolve. Despite the smoldering eight-year conflict with the separatists in the east, many Ukrainians have tried to keep moving forward.

But the recent warnings from the White House have had a powerful effect, though Ukraine’s government has sought to discourage people from panicking.

Anna Kovalyova, a writer with three small children, moved with her family from Kyiv to Lviv on Sunday. She did so after the U.S. Embassy said it would move its operations there.

“We moved temporarily, because we really felt growing panic in Kyiv,” Ms. Kovalyova, 29, said in an interview.

“The atmosphere in Lviv is completely different,” she said. “You don’t feel so anxious here. And there are a lot of people like us here from Kyiv, mostly with children, who came for a week or two to spend uncertain times.”

At least one school in Ukraine was striving to offer reassurances to parents, sending messages to say that if phone service went out, they should rest assured that their children were in school.

The messages also noted that the school had a basement, presumably to be used as a shelter for the children in the event of an attack. Some elementary schools were conducting drills to prepare students for the possibility of bombardment.