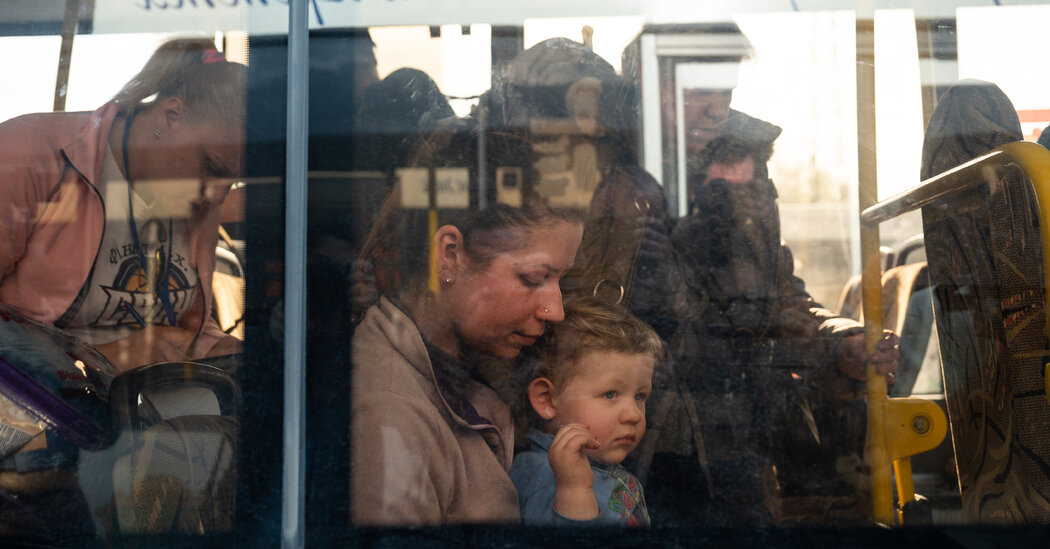 More than two months after the W.N.B.A. star Brittney Griner was accused of having drugs in her luggage and taken into custody in Russia, the U.S. State Department on Tuesday said that it had determined she was “wrongfully detained.”

“The U.S. government will continue to provide appropriate consular support to Ms. Griner and her family,” a State Department official said in a statement, adding that an interagency team would work to have her released.

Griner, 31, has been held in Russia since February on drug charges that could carry a sentence of up to 10 years if she is convicted. Russian customs officials accused Griner of carrying vape cartridges with hashish oil in her luggage at an airport near Moscow as she returned to Russia to resume playing for UMMC Yekaterinburg, a professional women’s basketball team, after a two-week break.

“Brittney has been detained for 75 days and our expectation is that the White House do whatever is necessary to bring her home,” Griner’s agent, Lindsay Kagawa Colas, said in a statement.

The State Department did not explain why it was now designating Griner as wrongfully detained. ESPN first reported the change.

A law passed by Congress in 2020 established 11 criteria for such a designation, any one of which can be a sufficient basis to secure the detainee’s release, including “credible information indicating innocence of the detained individual,” “credible reports that the detention is a pretext for an illegitimate purpose,” or a conclusion that U.S. “diplomatic engagement is likely necessary.”

Under the law, Secretary of State Antony J. Blinken must personally approve such a designation, and transfer responsibility for the case from the department’s consular affairs bureau to the office of the special envoy for hostage affairs.

Some of Griner’s supporters and inner circle had been concerned about politicizing Griner’s case because of the frayed relationship between the United States and Russia and the tensions of the war in Ukraine. Most W.N.B.A. players and government officials have said little about the situation beyond expressing general support for Griner, as part of a strategy of quiet diplomacy.

In other cases of wrongful detention, the United States had insisted that it would not link the fate of imprisoned individuals to larger policy issues. The State Department has repeatedly said, for instance, that Americans held in Iran are not part of the negotiations between Washington and Tehran to restore the 2015 Iran nuclear deal.

In March, a Russian court extended Griner’s detention until at least May 19 and denied an appeal from Griner’s legal team in Russia, who had hoped to have her transferred to house arrest. That hearing did not deal with the merits of the case.

Word of Griner’s new status comes less than a week after the United States conducted a prisoner swap with Moscow. Russia had for two years detained Trevor R. Reed, a former U.S. Marine, on what his family considered to be trumped-up charges of assault.

Reed’s release renewed optimism that Griner would also be freed.

“As I do everything in my power to get BG home, my heart is overflowing with joy for The Reed family,” Griner’s wife, Cherelle Griner, wrote on Instagram. “I do not personally know them, but I do know the pain of having your loved one detained in a foreign country. That level of pain is constant and can only be remedied by a safe return home.”

Among publicly-known cases of Americans wrongfully held abroad, the average case has lasted more than four years, said Cynthia Loertscher, director of research at the nonprofit James W. Foley Legacy Foundation. The foundation is named after an American journalist kidnapped in Syria and executed by the Islamic State in 2014.

The United States has designated as wrongfully detained Americans citizens and U.S. nationals who are currently imprisoned in China, Venezuela, Iran, Afghanistan, Belarus, Myanmar and Cuba, among several other nations. In an interview with “60 Minutes” that aired in February, Roger D. Carstens, the diplomat who will be overseeing the interagency effort to free Griner, said that over 40 Americans were wrongfully detained abroad.

Many W.N.B.A. players join international teams to earn additional income during the league’s off-season. The top-tier players can make more than $1 million by playing in Russia. Griner, a two-time Olympic gold medalist and seven-time All-Star, is set to earn about $228,000 with the W.N.B.A.’s Phoenix Mercury in the 2022 season, according to the website Her Hoop Stats, just shy of the league’s maximum salary.

The W.N.B.A.’s new season begins Friday. The league plans to “acknowledge the importance” of Griner by featuring her initials and jersey number, 42, on the sidelines of teams’ home courts.

“There’s not a day that goes by where we’re not spending significant time on strategizing with, essentially, the administration experts,” W.N.B.A. Commissioner Cathy Engelbert told The New York Times in an interview last month.

She added: “Everybody wants her to come home as quickly as possible. It’s a complex situation.”