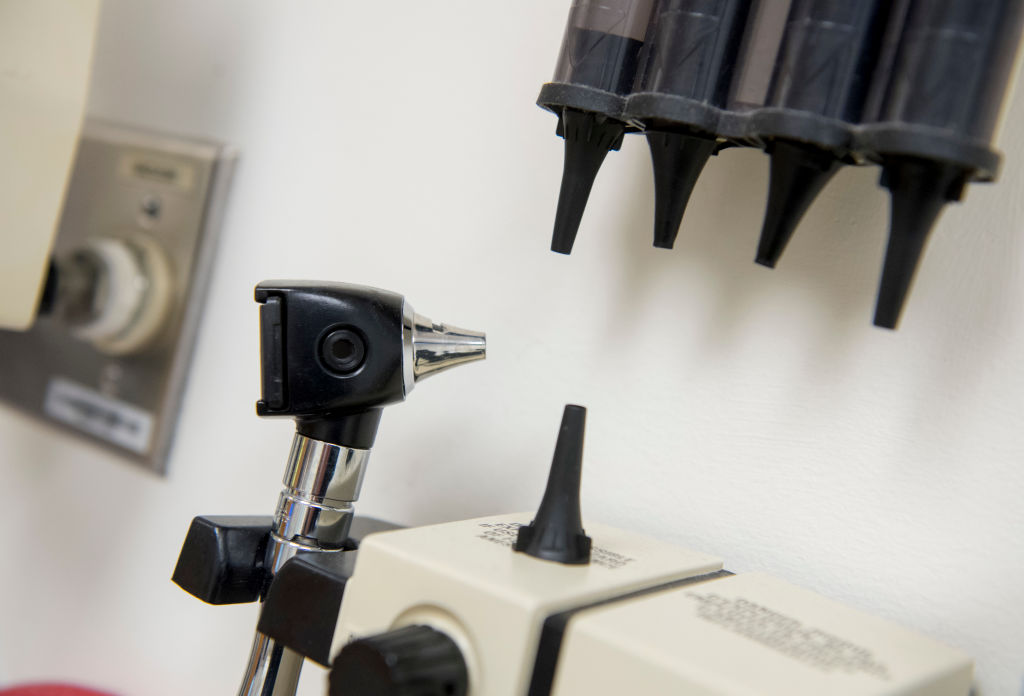 Acute lymphoblastic leukemia (ALL) is a blood cancer that emerges from white blood cells called lymphocytes found in the bone marrow. It can affect both adults and children. However, most cases involve the younger population.

In fact, about 3,000 children in the United States alone are diagnosed with ALL each year, according to the Children’s Hospital of Los Angeles.

(Photo : SAUL LOEB/AFP via Getty Images)
Medical equipment is seen in an exam room at the National Institutes of Health (NIH) in Bethesda, Maryland, February 8, 2018. Experimental trials are ongoing at the National Institutes of Health Clinical Center, a US government-funded research hospital where doctors are trying to partially replace patients’ immune systems with T-cells that would specifically attack cancers caused by the human papillomavirus (HPV), a common sexually transmitted infection.

Chemotherapy is the primary treatment for this blood cancer, and although experts agree that it can be effective, such treatment entails various side effects,

It is also worth noting that in one-tenth of cases, ALL is resistant to this treatment, making it more challenging for health experts or scientists to find ways to combat this acute blood cancer.

Now, a teenager from Britain who has resistant leukemia just became the first patient to receive a novel therapy and went into remission, according to a report by AFP.

Alyssa, 13 years old, was diagnosed with T-cell ALL last year. Her condition was resistant to several treatments such as bone marrow transplant and chemotherapy.

She then took part in a clinical trial for a novel treatment at London’s Great Ormond Street Hospital for Children (Gosh) by employing genetically engineered immune cells from a volunteer who was deemed healthy.

And in less than a month, her leukemia was in remission, paving the way for her to have another bone marrow transplant to recover and strengthen her immune system once again.

She is now in her six months of remission. According to Dr. Robert Chiesa, a Gosh consultant, her case was “quite remarkable,” but they noted that the results would have to undergo confirmation and monitoring in the coming months.

ALL attacks cells in the immune system, particularly the B and T cells, which protect the body against viruses.

Gosh noted that Alyssa was the first patient ever to receive base-edited T cells, a process that entails chemically altering single nucleotide bases or DNA code letters containing instructions for a particular protein.

However, the scientists faced a problem treating some other types of leukemia because T cells created to identify and combat malignant cells ended up killing one another during the manufacturing process. Various DNA changes were required to the base-edited cells, so they don’t harm each other and effectively attack cancerous cells.

The findings were presented at the American Society of Hematology annual meeting, as per AFP.