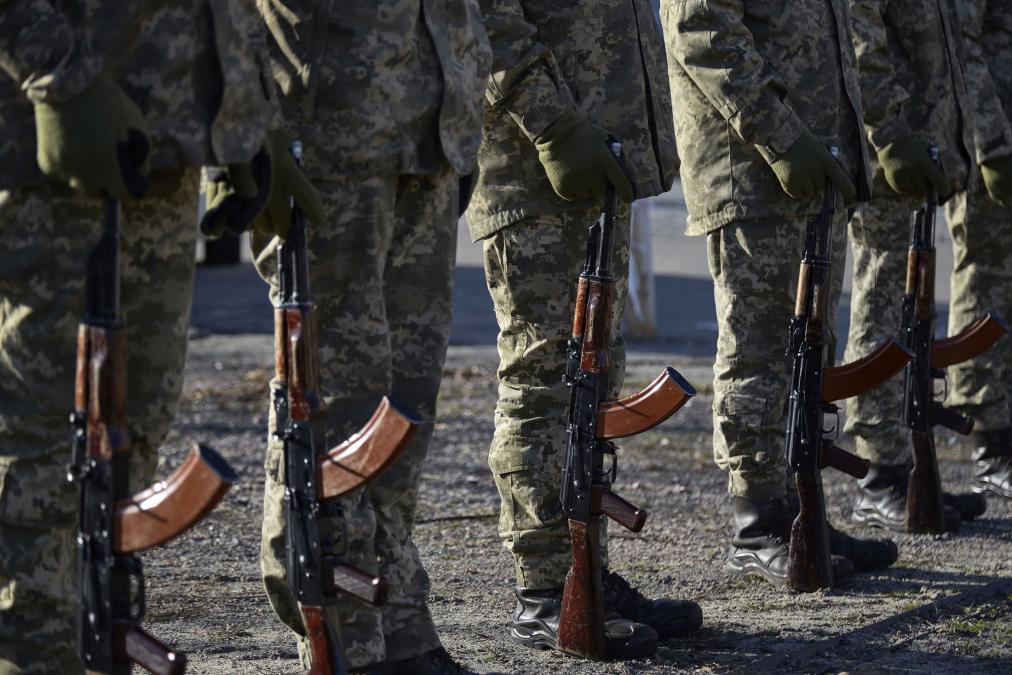 Nasdaq 100 and S&P 500 contracts erased earlier falls and turned higher, while an Asia-Pacific equity index came off its lows but stayed in the red. Markets are being whipsawed by Russia’s troop buildup near Ukraine and efforts at diplomacy to bring both sides back from the brink of an escalating conflict.

France said its proposal for a diplomatic meeting was accepted in principle by Biden and Putin. U.S. officials said a summit would occur only if Russia doesn’t invade Ukraine. There was no immediate confirmation from Moscow, which has repeatedly denied that it plans to invade.

Demand for havens eased a little, taking gold below $1,900 an ounce and sapping the dollar. But Treasury futures were firm and yields on bonds in Australia and New Zealand dipped, in a sign of ongoing investor caution. Cash Treasuries won’t trade because of a U.S. holiday.

Oil gave up gains and edged lower. Investors continue to assess what might happen to energy, grain and metal supplies if the Ukraine situation worsens.

Earlier, the U.S. has told allies that a Russian invasion of Ukraine could target multiple cities beyond the capital, Kyiv. Biden said on Friday he’s convinced Putin has decided to move against Ukraine. U.S. Secretary of State Antony Blinken and Russian Foreign Minister Sergei Lavrov are due to meet Thursday.

The Ukraine standoff, along with the worry that tightening Federal Reserve monetary policy could choke growth in the world’s biggest economy, raise the likelihood of more swings in markets in an already volatile year.

“Global data and central banks’ stance on tightening are all taking a backseat to Ukraine, with markets nervously awaiting the next headline,” said Su-Lin Ong, head of Australian economic and fixed-income strategy at Royal Bank of Canada. “Thinner liquidity because of the U.S. holiday adds to the anxiety.”

Key Federal Reserve officials at the end of last week backed raising interest rates in March to curb the hottest inflation in 40 years.

The remarks on Friday by Governor Lael Brainard and New York Fed President John Williams, as well as Chicago Fed chief Charles Evans, showed officials eager to get tightening under way, without seeking a supersized interest-rate hike or a move before the next scheduled meeting.

Bets on an aggressive, 50 basis-points Fed liftoff next month have diminished. The Fed’s key inflation metric may have accelerated to a fresh four-decade high in January, data this week is expected to show.

Here are some events to watch this week: