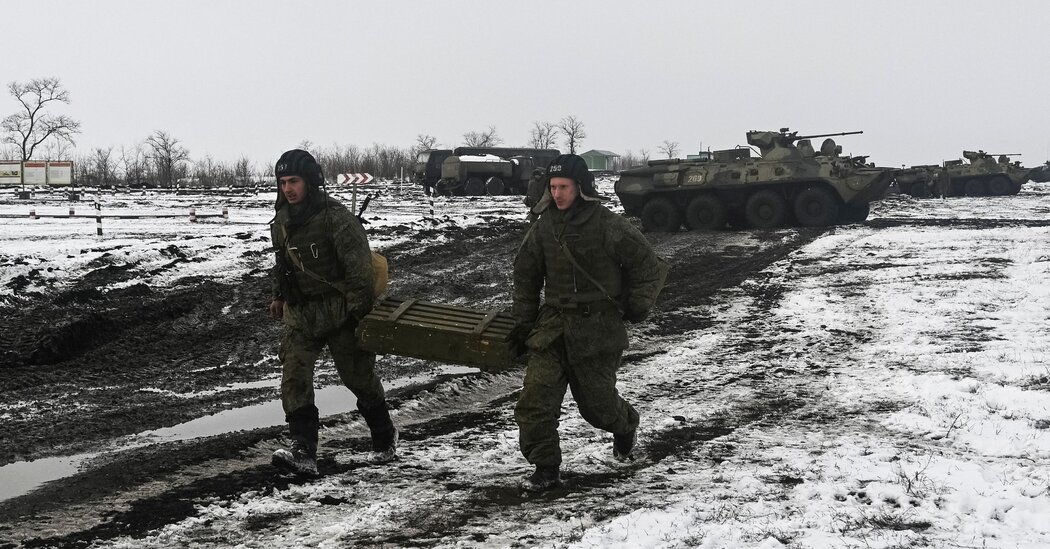 Mr. Blinken said the United States would not publicly release its written response “because we think that diplomacy has the best chance to succeed if we provide space for confidential talks,” adding that the United States “hopes and expects” the Russians will agree.

Whether they will abide is unclear: Mr. Lavrov said after a meeting with Mr. Blinken in Geneva last week that he believed the U.S. document should be made public, according to Russia’s Tass news agency. And on Wednesday, he said that his government would describe the American and NATO responses to the Russian people, even if the details remained confidential.

According to officials familiar with the documents, the responses begin with broad principles, including that NATO will not rescind its “open door” policy that any state that wants to join the alliance can seek to do so. Mr. Biden, however, noted at a news conference last week that Ukraine, which has struggled with democratic governance and corruption, would not qualify for many years.

The documents also make clear that Russia will not have veto power over the presence of nuclear weapons, troops or conventional arms in NATO countries. But they open the door to talks on reciprocal restraints on short- and medium-range nuclear weapons, including a revival of the Intermediate-Range Nuclear Forces Treaty. And they say the United States and its allies are willing to talk about mutual rules to limit the size and locations of military exercises; such limits would assure that the exercises are far from borders and could not be mistaken for a force gathering for an invasion.

White House officials estimated that high-level U.S. officials had conducted more than 180 meetings with their European counterparts — a statistic meant to signal that they had made sure that the response was developed in full partnership with America’s allies. Ukraine’s foreign minister said on Wednesday that his country had reviewed and approved the responses dealing with its future.

Russia had insisted for weeks that the United States provide written responses to its demands, which were issued in late December, before it would decide on its next course of action. Russia asserts that it does not intend to invade Ukraine, but U.S. officials say the Kremlin has drawn up plans for a ground assault that could come at any time. They caution that Mr. Putin could also attack Ukraine — where he has backed a separatist war since 2014 — in a more limited fashion.

The Kremlin was silent on Wednesday evening, but Russian lawmakers had a largely dismissive initial response. Konstantin I. Kosachev, a deputy chairman of Russia’s upper house of Parliament, said there were “things to discuss with the United States” even though he had not seen the written response.