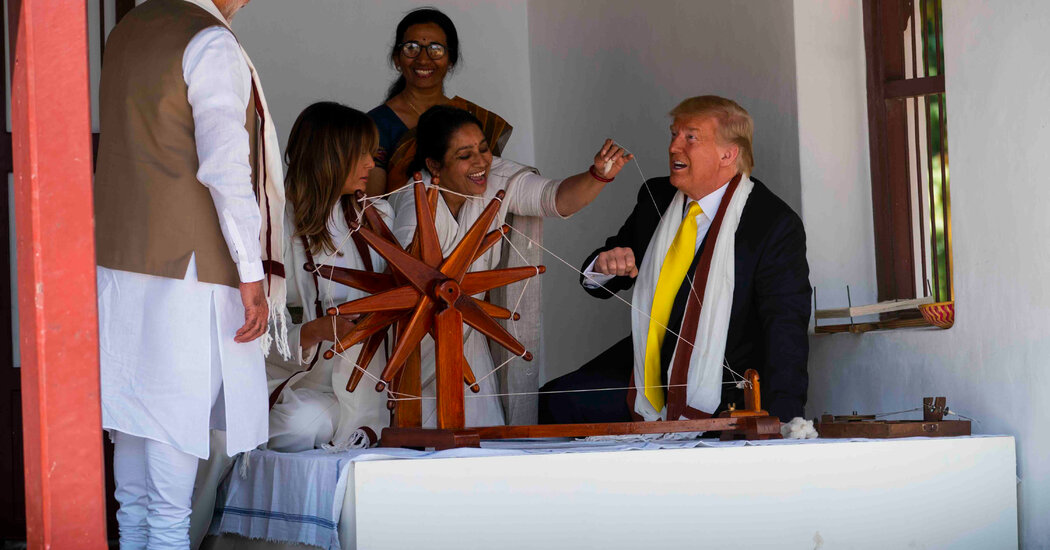 A spokesman for Mr. Trump did not respond to an email seeking comment.

In February, it was revealed that classified documents and gifts from the White House had been improperly taken to Mr. Trump’s Mar-a-Lago estate in Florida, a matter federal authorities are now in the preliminary stages of investigating. Around that time, the House committee investigating the Jan. 6, 2021, attack on the Capitol learned that significant chunks of time were missing from White House call records from the day of the attack.

The ethics expert, Mr. Painter, said that by failing to disclose the gifts, the Trump White House violated the foreign emoluments clause of the Constitution, which makes it illegal to take gifts from foreigners without permission from Congress. But Mr. Painter said that because the emoluments clause is toothless and has no criminal or civil penalties, it is extremely difficult to hold a former official accountable.

Even before the latest disclosure, the Trump administration had a history of sloppy record keeping and poor oversight of gifts given to and received by administration officials from foreign leaders.

The State Department’s inspector general reported in November that tens of thousands of dollars in gifts given to Trump administration officials were missing. They included a 30-year-old Suntory Hibiki bottle of Japanese whiskey given to Secretary of State Mike Pompeo, worth $5,800, and a 22-karat-gold commemorative coin valued at $560 given to another State Department official.

The inspector general also found that monogrammed commemorative pewter trays, marble trinket boxes and leather portfolios made with department funds to give to foreign leaders at the Group of 7 summit in 2020 that was canceled because of the pandemic were missing.

The New York Times reported in October that Trump administration officials had held onto white tiger and cheetah furs the Saudi government had given to the White House on a 2017 trip to the kingdom, even though the Endangered Species Act made possession of them illegal. When the furs were ultimately handed over to the Interior Department, tests revealed that they were fake.

The Times also reported that government officials had questions about whether Mr. Pence’s wife, Karen Pence, wrongly took two gold-toned place card holders from the prime minister of Singapore without paying for them. The Trump administration, The Times reported, also failed to disclose that Jared Kushner, Mr. Trump’s son-in-law, had been given two swords and a dagger from the Saudis. A month after Mr. Trump left office, Mr. Kushner paid $47,920 for them along with three other gifts.