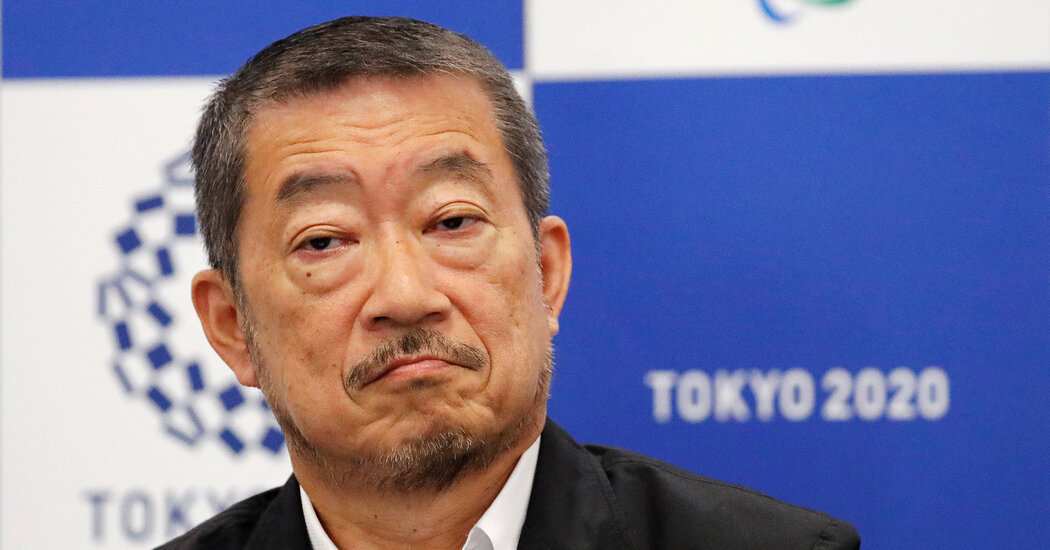 TOKYO — It was few people’s idea of funny.

For the opening ceremony of the Tokyo Olympics, its creative director, Hiroshi Sasaki, envisioned a popular comedian and plus-size fashion designer, Naomi Watanabe, decked out in pig ears, tumbling from the sky as an Olympic messenger. Or, as he put it, an “Olympig.”

On Thursday, one day after a Japanese magazine revealed that Mr. Sasaki, 66, had shared this idea with colleagues a year ago, he resigned and apologized. His departure came weeks after the president of the Tokyo Olympic organizing committee, Yoshiro Mori, 83, stepped down after coming under widespread criticism for saying that women talk too much in meetings.

In response to the outrage over Mr. Mori, the organizing committee has been scrambling just months before the start of the Games to place women in leadership positions in an attempt to rectify its image as a stodgy “old men’s club.”

Mr. Sasaki’s quick resignation was a sharp contrast to Mr. Mori’s exit. While Mr. Mori apologized quickly for his sexist comment, he initially said he would not resign, and none of Japan’s top government officials demanded his departure.

He ultimately resigned more than a week later after online petitions to unseat him, protests from female lawmakers in opposition parties and concerns from some Olympic sponsors.

In the case of Mr. Sasaki, a former advertising executive who was put in charge of the opening and closing ceremonies in December, he submitted his resignation just hours after the article appeared on the website of Shukan Bunshun, a weekly magazine.

Mr. Sasaki said in a statement on Thursday that he had made his remark in a group chat with colleagues on a messaging app. Several criticized his idea as insulting, he said, and he quoted two of them.

“It’s impossible to compare a woman to a pig,” one said. Another wrote, “Even if that’s a spontaneous idea, you shouldn’t say that.”

Mr. Sasaki said he had taken their responses to heart and had taken back his suggestion. But he did not decide to resign until reporters contacted him for their article.

“Now many people know what I wrote. I cannot apologize enough to Ms. Watanabe,” he said, adding that he was a big fan of hers. “I have been trying not to hurt others by making fun of diversity, gender and physical appearances. But it was a great misunderstanding. I realized my low consciousness and insensitivity.”

Ms. Watanabe, 33, rose to prominence with her swaggering dance performances of Beyoncé songs, and she has been called “the Japanese Beyoncé” in the media. A champion for body positivity in a country that largely prizes thinness in women, she has joked about feeling most liberated when eating ice cream in bed and how a muscular sumo wrestler embodies her ideal body type.

Ms. Watanabe, who has promoted events for the Tokyo Olympics, said she was surprised to hear about Mr. Sasaki’s demeaning idea.

“I work with the understanding that my appearance is ridiculed,” she said in a statement through her agency, Yoshimoto. “In fact, I am happy with my figure. So, as usual, I would like to express myself as ‘Naomi Watanabe’ without overly emphasizing being fat.”

She added that she wished for a world “where we can respect and recognize each person’s individuality and way of thinking.”

Ms. Watanabe is the founder of a plus-size brand, Punyus, and was named a global brand ambassador of Kate Spade in 2020. This month, she said that she was moving to the United States to build her entertainment career there, and that she had secured representation from ICM Partners and IMG Models.

Seiko Hashimoto, who replaced Mr. Mori as president of the Tokyo Olympic organizing committee, said on Thursday that she was shocked by Mr. Sasaki’s remark about Ms. Watanabe, calling it “inappropriate and very regrettable.”

She first learned about Mr. Sasaki’s comment from the Shukan Bunshun article, she said in a news briefing. The committee was in the process of verifying the report, she said, when Mr. Sasaki called her late Wednesday to explain what had happened and offer his resignation.

“In light of his firm decision to resign, and in light of the fact that we have made gender equality a focus,” Ms Hashimoto said, “I have accepted and thanked him for his many contributions.”

When asked if she would have preferred that he stay, given that the opening ceremony is just four months away, Ms. Hashimoto said, “Yes, I had that feeling.” But after hearing his determination to resign, she added, she accepted.

He also directed the flag handover ceremony at the 2016 Summer Olympics in Rio de Janeiro, where the Japanese prime minister at the time, Shinzo Abe, appeared dressed as Mario, the Nintendo video game character.

Makiko Inoue and Motoko Rich reported from Tokyo, and Tiffany May from Hong Kong.