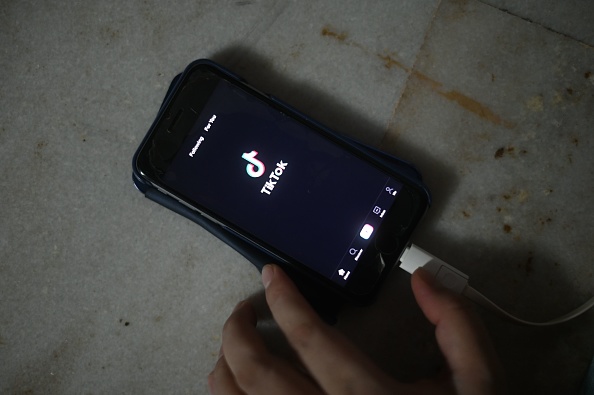 TikTok self-diagnosing is now becoming common among teen users. Now, health experts explained why this should not become a habit of young people.

(Photo : LOIC VENANCE/AFP via Getty Images)
A teenager presents a smartphone with the logo of Chinese social network Tik Tok, on January 21, 2021 in Nantes, western France.

During her 10th-grade classes in 2021, she and her classmates were conducting their school activities virtually.

They had no choice but to text each other. Because of this, Kianna said that she began having headaches and poor sleep patterns.

After seeing a TikTok video about depersonalization disorder (a dissociative condition that makes people feel disconnected, she started to believe that she also has it.

TikTok Self-Diagnosing Could be Dangerous

The situation of Kianna shows how relying on TikTok videos to self-diagnose can affect people’s mental health.

Some mental health providers shared their concerns regarding the rising numbers of teenagers who are self-diagnosing on TikTok, as reported by The New York Times.

They explained that this activity can lead to two things.

First, TikTok videos can help people identify if they are suffering from mental illnesses, allowing them to get the help they need as soon as possible.

The second one would result in users incorrectly labeling themselves with mental illnesses.

This could negatively affect them since they might start embracing improper treatments that are shown in TikTok videos.

Why TikTok Self-Diagnosing is Problematic

Every Day Health stated that making TikTok self-diagnosing a habit could be problematic.

Doreen Dodgen-Magee, PsyD, a psychologist in Oregon, said that diagnosis should be done by legitimate medical experts.

She added that there is some TikTok content that could help you with your mental health. However, not all of them are providing the right information.

“There are many accounts, hosted by educated, trained, and licensed professionals where reliable information can be found,” said the psychologist.

But, she clarified that some TikTok videos are not science-backed and are inaccurate.

If viewers are very organized with their things and prefer having their activities on schedule, some of them may think they have OCD.

But, Annie Barsch, a licensed family therapist, said that being organized is not a symptom of OCD. She added that people with OCD are unlikely to function properly because of their compulsions.

You can visit this link to know more about Barsch’s explanations.

In other news, over 113 million TikTok videos were removed after violating policies.

For more news updates about TikTok and other social media apps, always keep your tabs open here at TechTimes.