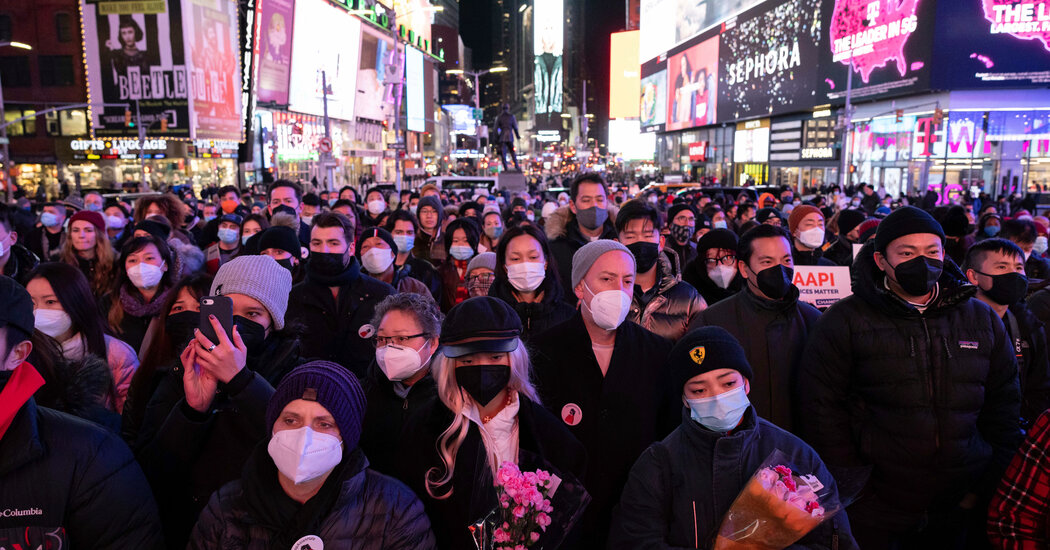 That’s left no clear evidence linking progressive policies to these trends, but critics have been quick to make the connection, suggesting that prosecutors have let offenders walk and created an expectation that low-level offenses won’t be charged. Those arguments have landed on voters and city leaders already grappling with a scourge of pandemic-related ills — including mental health care needs and housing shortages, rising drug use, even traffic deaths.

Last week, a Quinnipiac University poll of registered voters in New York City found that 74 percent of respondents considered crime a “very serious” problem — the largest share since the survey began asking the question in 1999 and more than 20 percentage points greater than the previous high, which was recorded in January 2016.

Politicians are heeding those concerns. In New York, Mr. Adams, a Democrat, has promised to crack down on crime, and his police commissioner, Keechant Sewell, slammed Mr. Bragg’s proposals as threatening the safety of police officers and the public. In San Francisco, Mayor London Breed has become an outspoken critic of Mr. Boudin’s approach, which emphasizes social services over policing.

“This is not working,” Ms. Breed said recently on The New York Times podcast “Sway.” “We’ve added all these additional resources — the street crisis response team, the ambassadors, the services, the buildings we purchase, the hotels we purchase, the resources. We’ve added all these things to deal with food insecurity. All these things. Yet people are still being physically harmed and killed.”

The criticisms from two prominent Black mayors are particularly biting. In their liberal cities, the leaders’ nuanced complaints have far more influence with voters than familiar attacks from Republicans or police unions. Both mayors have argued that the minority communities that want racism rooted from the justice system also want more robust policing and prosecutions.

President Biden, who was one of the architects of the tough-on-crime criminal justice overhaul of the 1990s, recently spoke highly of Mr. Adams’s focus on crime prevention. Some prosecutors and their allies took that as sign that the Democratic establishment is digging in on a centrist approach to criminal justice reform.

Mr. Biden’s comments came as the Democratic Party worried about retaining the support of moderate suburban voters in midterm elections this year. Many Democratic lawmakers and strategists believe that protest slogans like “defund the police” hurt the party in the 2020 elections — particularly in Congressional swing districts and in Senate races. Republican candidates, eager to retake control of Congress in November, already have run advertisements casting Democrats as soft on crime.