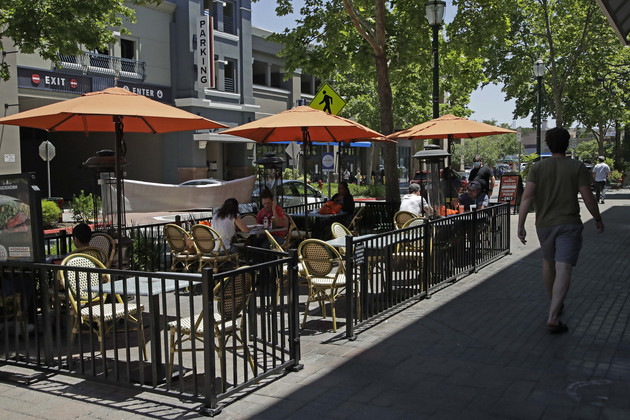 Some senior aides have questioned whether the situation facing restaurants is truly as dire as industry groups have portrayed, the people familiar with the matter said. A White House official said that while the administration is “sympathetic” to smaller restaurants’ difficulties, it “finds it hard to commit large new pots of funds without understanding more how it will interact with other priorities” like child care and climate. And meetings between Biden economic advisers and restaurant groups have left some participants convinced that the White House had already made up its mind.

“We, at this point, do not see a package coming from the White House that includes small business relief that would benefit industries like the restaurants,” said Sean Kennedy, the senior vice president for public affairs at the National Restaurant Association.

The politics of providing another round of restaurant aid was always going to be tricky. Any deal would require support from 10 Republicans in the Senate. It’s now gotten more complicated among Democrats, too, as a wave of blue state governors ditch mask mandates, restaurant capacity caps and other restrictions in an attempt to signal a return to normalcy. Adding to the obstacles: the record levels of inflation that are stoking anxiety across the party about any more spending.

“There is virtually nothing the economy needs from the federal government,” said Jason Furman, a top economic adviser to former President Barack Obama who is close to the Biden White House. “The economy is roaring ahead and it’s going to roar even more in the coming months.”

The debate over additional Covid relief funding comes as the White House tries to chart a clear path out of the pandemic in hopes of lifting Biden’s poll numbers and averting a midterm wipeout. Biden has leaned heavily into his economic record, crediting his stimulus plan for fueling a rapid, across-the-board recovery. As Covid case counts plummet, the White House is also facing pressure from Democrats to effectively declare that the health and economic crises have come to an end.

Restaurants and their allies on the Hill warn the industry is getting left behind, particularly after a messy rollout of the initial aid program last year. Federal data shows the sector — which represents the nation’s second-largest private employer — has yet to add back roughly a million jobs lost during the pandemic, and is seeing fewer customers and higher rents.

“There is virtually nothing the economy needs from the federal government.”

Just one-third of the restaurants that sought part of the $28.6 billion set aside for the industry in last spring’s Covid relief bill said they received it before the money ran out, spurring the current push to add roughly $48 billion more to the pot. The restaurant cash was delivered on a first-come, first-serve basis, and the funds were exhausted within weeks.

Some frustrated Democrats say the White House is overly worried about the perception that it’s pouring more money into the economy, arguing that a targeted relief package would be a lifeline to restaurants and be nowhere near big enough to further drive up inflation.

“Washington uses the lens of optics unfortunately too much, and the lens of principle too little,” said Rep. Dean Phillips (D-Minn.), who has championed the restaurant aid in the House and has been in talks about it with others on Capitol Hill and officials in the White House. “This is about principle.”

“There are literally restaurants who received funding, and across the street, another one, just as qualified, got approved and got nothing. I think it’s grotesque,” said Phillips, who owns his own businesses that did not seek or receive aid.

Supporters of additional aid are pinning their hopes on a last-ditch effort from Sens. Ben Cardin (D-Md.) and Roger Wicker (R-Miss.), who are working on a bipartisan deal as part of next month’s massive government funding package. But those talks have dragged on for weeks, and lawmakers and aides privately say it’s unclear if they can reach an agreement that could pass the Senate.

Administration officials, meanwhile, are wary of further complicating the path toward a bipartisan government funding agreement, which could include at least $30 billion for the public health components of the Covid fight. Health officials have stressed that they risk being caught unprepared for another surge if the money needed to stockpile vaccines and therapeutics isn’t secured soon.

Jeff Zients, the White House Covid-19 response coordinator, has taken a lead role in drafting the funding request, a sign that the administration is focused primarily on the public health needs, one person with knowledge of the matter said.

“There was always a dual goal behind the American Rescue Plan,” said Sperling, who oversees the package’s implementation. “Which was to both ensure we were jumpstarting a strong economy, a strong jobs market and labor market and ensuring there was the firepower and flexibility to have a resilient recovery that could overcome challenges like we’ve seen with Delta and Omicron.”

He added that the stimulus also sent $350 billion to states and localities, which could be repurposed to prop up restaurants or other small businesses as needed.

“They absolutely have the flexibility and eligibility to use the funds for those purposes,” he said.

Still, several Democrats insist there is bipartisan appetite for more cash for the small business program, which remains among the most popular pieces of Congress’s recovery efforts. It also represents a chance to correct the problems that plagued earlier rounds of relief.

The federal relief fund for restaurants — as well as the much larger small business loan forgiveness program — took heat from critics for the distribution of aid to franchises of large corporations like Subway or McDonald’s. Bigger companies, typically with more resources to navigate the web of government bureaucracies, often applied and were among the roughly 100,000 approved for funds, leaving less for many smaller businesses.

The uneven distribution meant approximately 177,000 bars and restaurants that unsuccessfully sought aid were left to weather the pandemic without federal support, industry advocates have told lawmakers and administration officials. Those that survived, moreover, are now at a competitive disadvantage — struggling to prevent staff from leaving for establishments that got aid and now can offer employees higher salaries.

“I’d like for us to include some of the lessons learned from PPP, and also making sure that potential restaurant relief — that we’re really making sure that we’re focusing in on the actual small businesses that need it the most,” Rep. Alexandria Ocasio-Cortez (D-N.Y.) told reporters. “No more corporate franchises at the front of the line.”