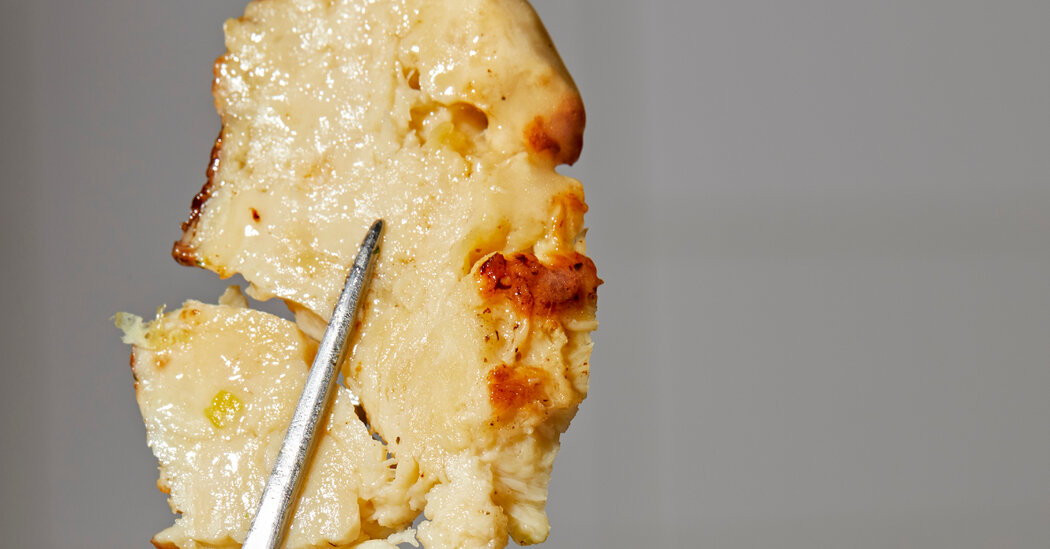 The breast I ate came from tissue that had grown short meat fibers and had been pressed into plastic molds to approximate the size and shape of a small boneless breast. It had less chew but much more flavor than a typical grocery-store breast. The biggest difference was how the meat reacted in a pan. As it browned, the surface looked more like coarsely ground meat than whole muscle.

What to call meat grown in tanks remains a battle. The United States Cattlemen’s Association petitioned the Department of Agriculture in 2018 to limit the definition of meat and beef to products derived from animals born, raised and harvested in the traditional manner. The request was denied. States have jumped in. In Georgia, cell-cultured products have to be labeled “lab-grown,” “lab-created” or “grown in a lab.”

Most producers prefer the term cultivated meat, or cultured meat. The terms slaughter-free meat or clean meat are favored by some in the animal-rights contingent. Cooks, ranchers and others who oppose it call it synthetic, fake or engineered meat. The debate is likely to be settled, at least legally, when the agriculture department decides what to require on the label.

David Kaplan oversees the new National Institute for Cellular Agriculture at Tufts University, which in October received a $10 million grant from the Department of Agriculture to study cellular meat, from production to consumer acceptance. He prefers the term cultured meat. “Really, there is nothing artificial about this,” he said.

Dr. Kaplan and others acknowledge that squeamishness about the technology remains a hurdle. In a consumer survey released this year by Britain’s Food Standards Agency, only a third of those polled said they would try it. Just one in 10 Americans would be interested in trying food or beverages grown from cells, said Dasha Shor, an associate director of the market research firm Mintel.

The first consumer products will likely be a blend of plant-based proteins and cell-grown meat, she said, adding that younger people are more open to cultivated meat than their elders, which is why companies like Aleph Farms, in Israel, are recruiting members of Generation Z as cell-meat ambassadors.