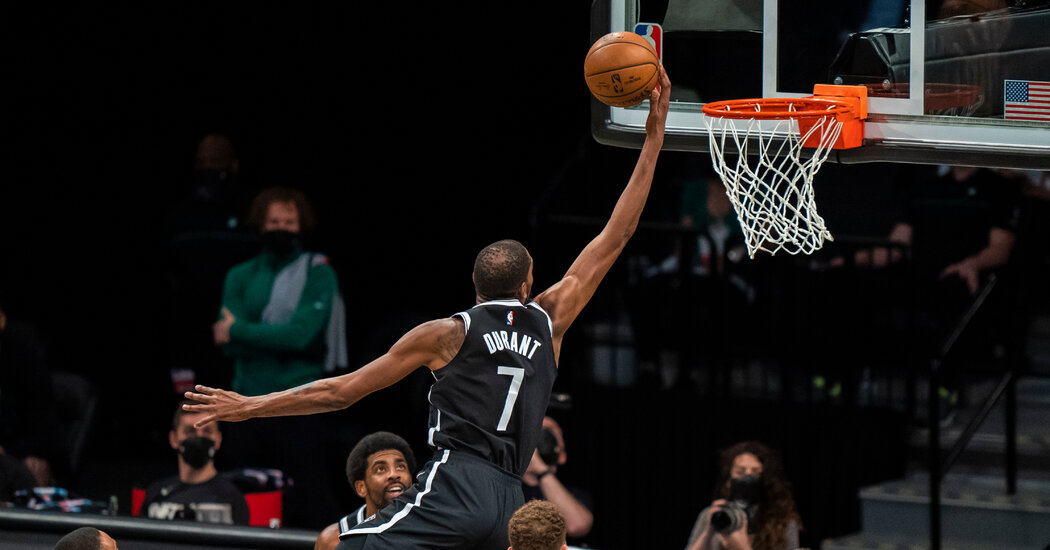 “Maybe I’m speaking for myself, but the crowd kind of just threw me off a little bit,” Harden stated. “It was pretty loud in there. The vibe was what we’ve been missing.”

The Nets missed their first 10 3-pointers and trailed by as many as 12 factors in the first half.

“They definitely gave us an advantage, and it was weird,” Durant stated of enjoying once more in entrance of a big crowd. “We haven’t seen them all season. And there was 1,500 there the last couple months of the season, but to see people at the front row and then see more in the upper and lower bowl, it was pretty cool. And I’m pretty sure they enjoyed the win, but we want to play better for them as well.”

Durant, Irving and Harden ignited in the third quarter, offering the Nets with their first 22 factors of the second half, whereas erasing a 6-point halftime deficit.

“Maybe we just rushed,” Nash stated. “We were a little impatient to start the game. I’d probably say the truth is somewhere in the middle — a little bit that they haven’t played much together, a little bit that it was an exciting evening for everyone to walk in the gym to see that many people, and our fans were outstanding.”

Durant ended with 32 factors and 12 rebounds. Both have been recreation highs.

“It’s always great playing in this time of year,” Durant stated. “That intensity is the next level; it’s different than what’s in the regular season. It felt great to be back out there among the best teams and players in the league and looking forward to Game 2.”

“It definitely felt different compared to what most of the season felt like, going to different arenas,” Irving stated. “But coming back home and welcoming a lot of our fans home, you could feel the anticipation for a quality basketball game out there.”