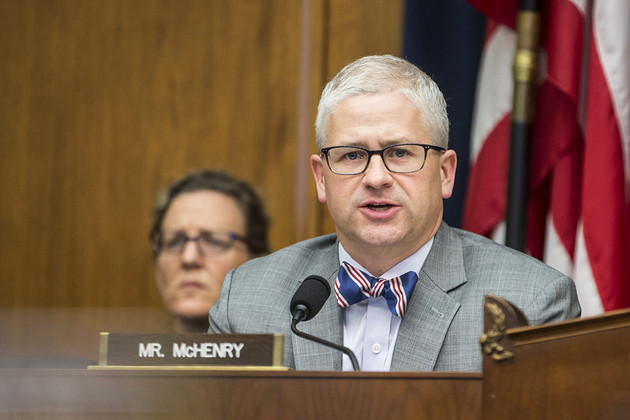 “We’ve got a long ways to go until November. But I think what most of us are watching for is who is doing the most to help us win back the majority, and who is advancing the America First agenda that the Republican Party stands for today,” said Rep. Jim Banks (R-Ind.), chair of the Republican Study Committee. “You’ve got to check both boxes.”

The shadow whip race is already underway, despite members’ usual insistence that they won’t get ahead of themselves before the midterms. It isn’t a final or definite list with the election months out, but some of these members are laying the groundwork by raising money for their rank-and-file colleagues, funneling funds to the GOP campaign arm and hosting dinners with members to foster relationships across the conference. No members have publicly declared that they are running so far.

“I believe the whip race is quietly on … and it won’t be long before it’s an open brawl,” said one person familiar with the situation, granted anonymity to speak candidly.

McHenry is seen as a top contender for the role, but he has options. As the top Republican on the House Financial Services Committee, he’s poised to become chair of the powerful panel should the GOP win the majority. He will, however, be term-limited out of that position after 2024, with no guarantee a leadership post would open up again at that time. For now, McHenry is staying mum on his plans.

Members have varied views on his chances to win the whip’s job. His allies say it’s his race to lose, while others highlight that some of the other contenders have had a more active role fostering relationships with the most recent freshman members, an advantage that will compound with the incoming 2023 class.

“Congressman McHenry is focused on retaking the majority and his policy work at the Financial Services Committee and with the Jobs and Economy Taskforce,” said McHenry spokesperson Jeff Butler. “As for what comes after, he’s glad to have options on how he can best serve the conference.”

The recently elevated Stefanik, meanwhile, is trying to get a picture of the potential field, with two members telling POLITICO she was putting out feelers. But the New Yorker’s plans are unclear.

When Stefanik pursued the conference chair role last year, she sought to appease early doubters in the party’s pro-Trump wing by telling them she’d serve just one term as the head of House GOP messaging. After that, she had her eyes on leading the House Education and Labor Committee come 2023.

However, multiple members highlighted that her one-term pledge specifically pertained to the conference chair role, not leadership as a whole. It’s not uncommon for lawmakers to shrug off self-imposed term limits, but Stefanik could also choose to pursue other leadership posts, like the whip position, as they shuffle in a potential GOP majority.

And some Republicans said she is privately ramping up her efforts. They also perceive her work to curry favor with former President Donald Trump — she shared a stage with him earlier this year — as a way to shore up support, as well as her successful efforts to get more GOP women elected to the House.

Stefanik’s office declined to comment, pointing to a previous statement they provided to POLITICO that she is focused on winning back the House.

She isn’t the only potential candidate with leadership on her resume. Ferguson, the current chief deputy whip, is perhaps the one with the most active lobbying campaign behind the scenes. Multiple lawmakers said he is telling members he wants that spot and asking whether they would support his bid.

“Drew has been very aggressive,” said one Republican member familiar with his efforts, granted anonymity to describe the shadow race. “He’s been having members together for dinner, laying out his vision for that [role].”

Ferguson declined to comment when asked about his leadership ambitions.

“I believe the whip race is quietly on … and it won’t be long before it’s an open brawl.”

Meanwhile, Emmer, who is well into his second term of leading the House GOP campaign arm, is also expected to be looking toward his next move — particularly as Republicans project a successful year of winning seats. Members say it would be smart for Emmer to go out on a win, which they predict November will be. But the Minnesotan has kept his options open on where to go next.

He won’t entertain discussions of his next steps, telling anyone who asks that he is focused on seeing his team through the midterm elections. Various Republicans say while Emmer hasn’t approached them to talk about his next moves, they believe he could be a strong candidate for whip. He has received widespread praise for his efforts from the party’s disparate wings, which could be strengthened or weakened depending on House Republicans’ election performance, which one member called a “big factor” in Emmer’s future.

If Emmer doesn’t pursue the whip role, his clout could give him options. Emmer sits on the Financial Services and if McHenry moved off, he could try to move in to the top party spot on the panel. While the decision would fall on the leadership-aligned GOP Steering Committee, some of its members have signaled they want to reward Emmer for his efforts the past two cycles.

Emmer and McHenry are considered allies, so members muse Emmer would bow out if McHenry goes for whip. But one member offered a caveat: “Then again, it’s politics.”

NRCC spokesperson Michael McAdams emphasized in a statement that Emmer is focused on taking back the majority.

And, as is typical during musical-chairs leadership races, other members are lying in wait to see what others do.

And multiple candidates are looking to take Emmer’s spot on the House GOP campaign arm. Rep. Richard Hudson (R-N.C.) has told colleagues he intends to run for NRCC chair, but only if Emmer vacates the role. Hudson, who is not actively campaigning for the position, confirmed his interest in the role to POLITICO, but said his focus is on winning back the majority.

He’s not alone — Rep. Darin LaHood (R-Ill.) has also privately told colleagues he is interested in the campaign chair position, according to lawmakers.

With the race months away, members acknowledge a lot can happen. Lawmakers only seem to agree that there’s no one favored candidate and, as one put it: “Obviously it is going to be a contested race.”