Despite the Covid epidemic, Brexit disruption, and Westminster’s never-ending political drama, the success of London’s tech scene continues unabated. According to a report by Startup Genome, London remains the second-best place in the world to launch a startup, after Silicon Valley. Last year, London attracted $11.3 billion in tech investment—more than double Berlin and Paris combined. Underpinning this success is a welcoming and tight-knit community of founders and investors.

“There’s a broad, enthusiastic investor community,” says Marcia Kilgore, the serial entrepreneur behind Beauty Pie. “Everybody knows everybody else, or knows someone who knows who you need to know. People are really supportive.” Luca Schnettler, CEO of Qumata, agrees: “I came to the country as a student with no recognizable network, professional experience, or money. Within a short time, I was able to meet our first clients and get exposure to one of the most developed, global, and competitive VC markets. I owe this place much gratitude.”

Two moments in Marcia Kilgore’s life led to the launch of Beauty Pie. “Leaving an elite third-party cosmetics lab in Italy, and walking into a train station where the Sephora product on the shelf cost 15 times more than the fully manufactured ex-factory price,” she says. “I also couldn’t bring myself to buy a moisturizer in an airport in Hong Kong, because deep down, I knew how much it really cost to make.” Kilgore—a Canadian serial entrepreneur who’s sold her previous startups to companies including LVMH and Walgreen Alliance Boots—defines Beauty Pie as a “buyer’s club for people who love really high-quality beauty and wellness products, but are tired of paying the crazy industry markups to get them.” Club members can buy Beauty Pie private-label products sourced directly from producers, at affordable prices. In September 2021, the startup raised $100 million from investors including Index Ventures and Insight Partners—its investment now totals $170million. beautypie.com

HumanForest’s zero-emission, hireable ebikes offer riders the first 10 minutes free—so long as they’re served an advert at the start and end of their ride. Founded by former Cabify lead Agustin Guilisasti and backed by Cabify founders Juan de Antonio and Vicente Pascual, it raised a £2.3 million pre-series A in August 2021 and has a valuation of £32 million (roughly $36 million at today’s exchange rate). humanforest.co.uk

Valentina Milanova was just 9 years old when she first had her period. “I experienced painful periods and was placed on hormonal contraception at age 11, which later led to health complications, including ovarian cysts,” she says. Solving the way women deal with their painful periods was her motivation to launch Daye in 2017. “The goal was to reinvent the menstrual tampon, so it serves for a lot more than just soaking up menstrual fluids,” she says. Daye has already developed tampons to aid the 90 percent of women who suffer menstrual cramps; a tampon to detect STIs and HPV; and another to treat the vaginal infections which affect 7 in 10 women. More than 11,000 women buy Daye’s tampons every month. yourdaye.com

Sylvera is a carbon-ratings platform that leverages data and machine learning to analyze the performance of carbon offsetting projects. “We distill the findings into comprehensive reports and assign each carbon credit a clear rating,” says Allister Furey, Sylvera’s CEO. “Our mission is to be a source of truth for carbon markets.” The company was founded by Furey and Sam Gill in 2020, after the two met at a LocalGlobe climate event and realized they had shared a common goal. “Our vision for the company is helping to create a world where protecting our future is incentivized,” he says. The company has partnered with researchers at UCLA, NASA, and UCL, while Delta Airlines, Cargill, Bain & Co, Equinor, Shell, and Ecologi already use its service. In January 2022, Sylvera raised $32.6 million in a series A round led by Index Ventures and Insight Partners. sylvera.com

Hokodo offers a “buy now, pay later” solution to businesses, making it easier for them to buy and sell to each other. “Buyers get the freedom to delay payment, while merchants are paid upfront and protected from all risk of nonpayment,” says CEO Louis Carbonnier, “We make instant credit decisions, even on a customer’s first purchase.” Founded in 2018, with cofounders Richard Thornton and Sami Ben Hatit, more than 30,000 buyers have already used Hokodo to pay for purchases in France, Belgium, Spain, and the Netherlands. In June 2021, it raised $12.5 million. hokodo.co

Hoxton Farms grows animal fat—without involving any animals in the process. Instead, they use a combination of synthetic biology and mathematical optimization. “Starting with just a few cells, we grow cultivated animal fat to produce a cruelty-free, sustainable ingredient for the plant-based meat industry,” says founder Ed Steele. In July 2020, Steele, who has mathematics master degrees from Oxford and Imperial College, launched the company with geneticist Max Jamilly. “We’re both avid home chefs,” Steele says. “We’ve been obsessed with the ‘big fat problem’ in plant-based meat for years, and both got excited by cultivated meat when Max was doing his PhD.” hoxtonfarms.com

“I was one of those kids at age 10, concocting different, completely wacky ideas for a perpetual motion machine,” says Grant Aarons. “I’ve always wanted to build something physical and impactful.” In 2019, he achieved that goal when he launched FabricNano with a cofounder he met at Entrepreneur First. The startup makes a powder that can be used to mass-produce sustainable chemicals, from biofuels to bioplastics. “Our platform is already being used by two large protein-engineering partners,” he says. “Our engineering partners plan to start selling novel and proprietary proteins at the end of 2022.” fabricnano.com

Launched in 2017 by Luca Schnettler and Etienne Bourdon, Qumata wants to disrupt insurance. “We noticed a major gap in the market that could be solved through data,” Schnettler says. “While other industries leapt at digitalization and leveraging data to improve traditional processes, there was one sector that was particularly lagging—insurance underwriting in life and health.” The startup analyzes applicant’s digital data to price policies—for instance, calculating the risk of diagnosis for ICD-10-coded medical conditions without requiring applicants to fill out a long questionnaire. This helps customers including insurance company AIA Group to accelerate their underwriting process. Recently, Qumata raised a $23 million series A round, led by Tencent and MMC Ventures. qumata.com

Nader AlSalim, the CEO and founder of Gaia, believes that parenthood is a fundamental right. “I founded Gaia after my wife and I experienced the frustrations and limitations of IVF firsthand,” he says. He launched his startup in 2019, aiming to make fertility care affordable to all. Gaia provides personalized financing based on predictive modeling that forecasts the number of IVF rounds a couple might need—couples that fail to conceive only pay a fraction of the cost. The startup has raised $23 million so far. “Designing the world’s first IVF insurance product has been our biggest challenge.” AlSalim says. “Underwriters were not willing nor prepared to spend the time and investment needed to design this complex proposition.” gaiafamily.com

When Andrea Berchowitz and Rebecca Love first met, they bonded over a shared passion to tackle the gender data gap in health care. “Female-focused conditions receive less than 5 percent of health care R&D, women are often not included in clinical trials, and sex-disaggregation of data is not a legal requirement,” she says. In 2020, they founded femtech startup Vira Health and, a year later, launched Stella, an app that currently offers lifestyle and behavior change advice for menopause, and will soon include telemedicine and access to regulated hormone replacement therapy. In March 2022, Vira Health raised $12 million in a second round of funding led by Octopus Ventures. vira.health 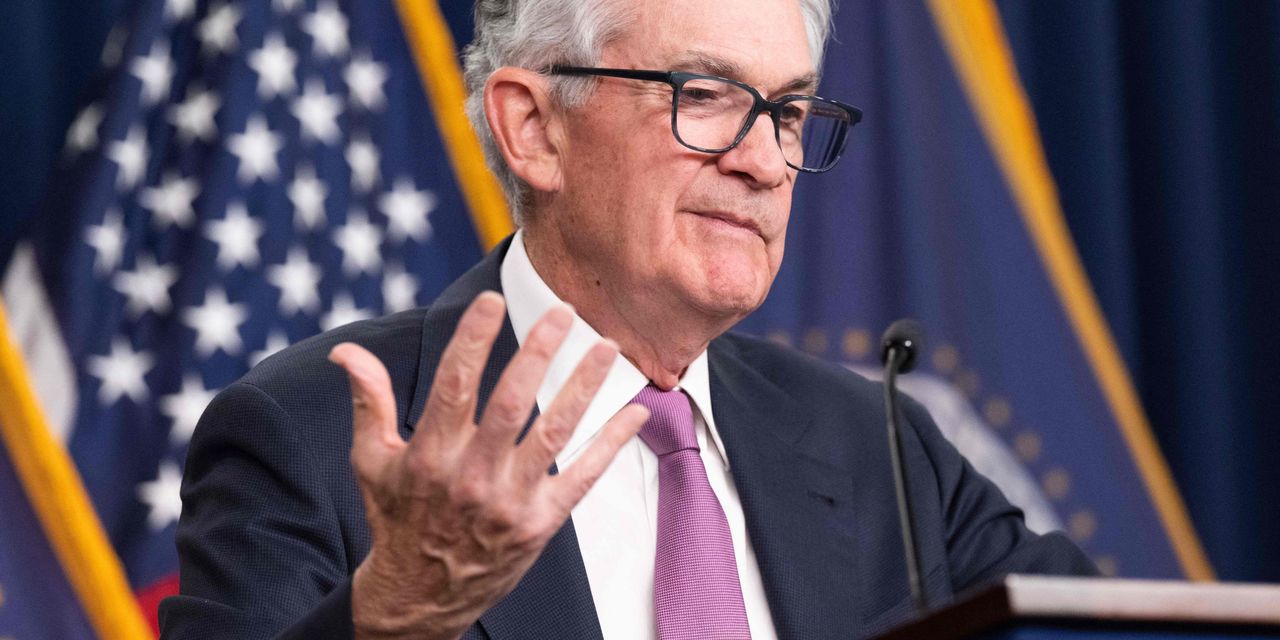 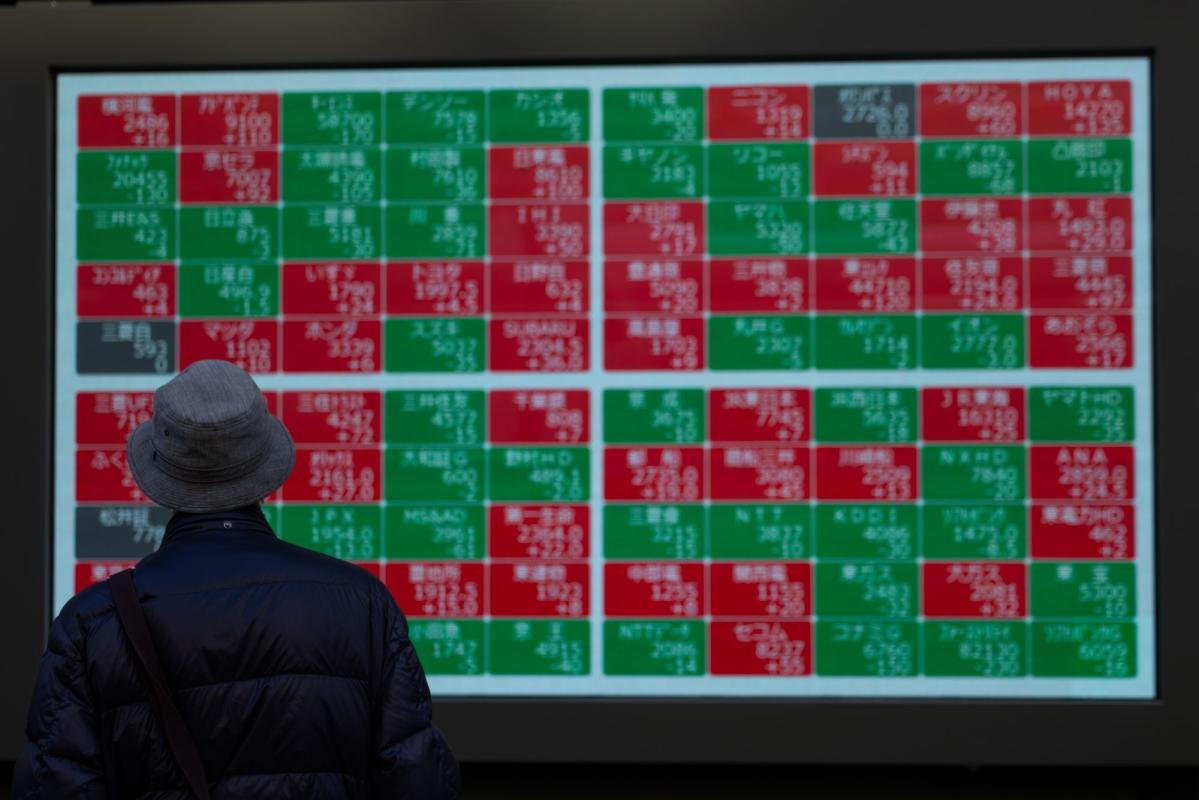 Stocks Rise and US Futures Waver Before Powell: Markets Wrap