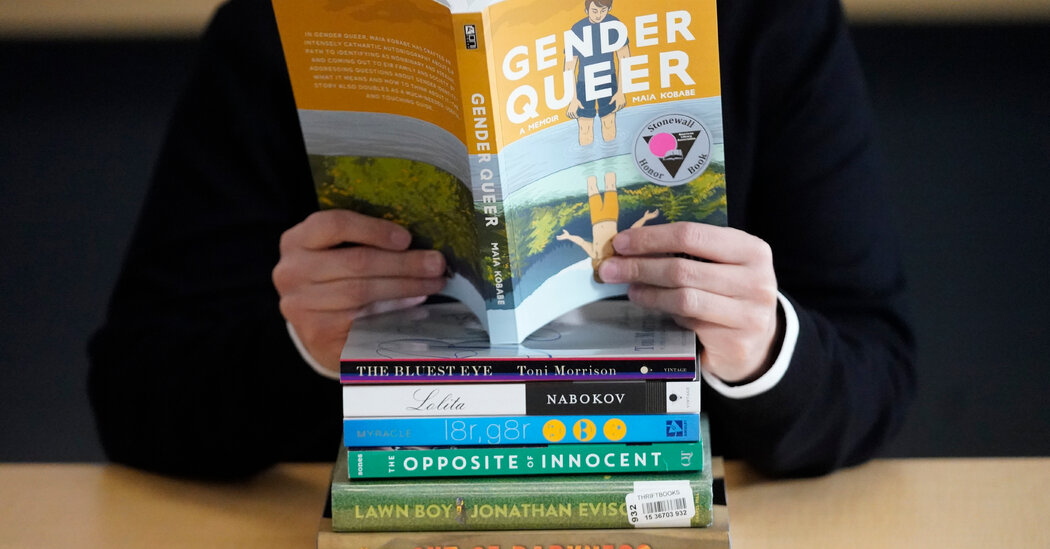 One day before students returned to classrooms in North Texas, a school district ordered principals and librarians to remove books including the Bible and a graphic novel adaptation of Anne Frank’s “The Diary of a Young Girl” from libraries and classrooms.

The Keller Independent School District reviewed the 41 challenged books during the previous school year, but a policy approved by the school district’s board of trustees last week requires staff to pull the books from shelves so that they can be reviewed again.

The last-minute book sweep is one of several changes in schools across the country that will restrict students’ access to books in the new school year. Parents, school board officials and lawmakers have recently challenged books at a pace not seen in years, with some of the most scrutinized books dealing with sexual and racial identity.

The Keller school district serves more than 35,000 students in a portion of Fort Worth and in other North Texas cities. The district’s first day of school was on Wednesday. On Tuesday, a school administrator sent an email, which was shared with The New York Times, to principals and librarians to tell them to remove certain books that had been challenged by the end of the day. The list included Toni Morrison’s “The Bluest Eye.”

Some of the books, including “The Bluest Eye” and the Anne Frank diary adaptation, had been approved by a committee and permitted to remain in libraries after they were challenged during the last school year, according to an online record on the district’s website. Other books, including Maia Kobabe’s “Gender Queer,” were removed from the district’s collection or were allowed only in high school libraries or in specific parts of campus after the initial review.

These books will be reviewed again. The district’s seven-member board of trustees adopted a new policy on Aug. 8 that requires the district to reconsider every book that was challenged in the previous year. The district said in a statement that the guidelines — which will be used to determine whether books are allowed on the shelves — would be considered by the board at its next meeting, scheduled for Aug. 22. For students, those books are in limbo for now.

“Once in place, our librarians will be able to use those guidelines to review the books that had been challenged,” the statement said. “As soon as a book is approved through the new guidelines, it will be returned to the shelf.”

The district said that the trustees were not available for interviews on Wednesday morning.

Charles Randklev, the president of the board of trustees, said in a Facebook post that the review was needed “to protect kids from sexually explicit content.” He wrote that the previous review process “exposed children to pornographic material.”

“The challenge process for these materials will go through a committee composed of community and staff members, which will be open to the public and video and audio recorded,” Dr. Randklev wrote.

Laney Hawes, a parent of four children in the district, said she was one of about seven or eight people on the review committee for the Anne Frank graphic novel. The committee members read the book, met to talk about its value for about 40 minutes and unanimously decided it should remain on school shelves, she said.

“We left that room thinking we saved it, we saved this book,” Ms. Hawes said. “Only for this many months later to come back and be told, ‘No, we don’t like your outcome, so we are now going to re-review every book according to our strict list of requirements.’”

Efforts to remove books from libraries, bookstores and schools have always been present, but educators, librarians, parents and politicians have said that book bans are becoming more frequent. The tactics have also changed, with conservative groups in particular backing these efforts in political races.

In North Texas, Patriot Mobile Action, a new Christian political action committee, endorsed 11 school board candidates who all won their elections. Three of those candidates began serving on the Keller school district board in May 2022.

Jonathan Friedman, director of free expression and education programs at PEN America, the free-speech organization, said in a statement that the Keller school board’s decision was an “appalling affront to students’ First Amendment rights.”

“It is virtually impossible to run a school or a library that purges books in response to any complaint from any corner,” Mr. Friedman said.

In the coming weeks, students across the country will return to school and face educators grappling with new restrictions born out of the renewed push to ban books.

In Florida, some schools are debating how certain books comply with a new law, known as “Don’t Say Gay” by opponents, which constrains classroom instruction and discussion about sexual orientation and gender identity.

In a school district in Virginia, parents will receive a notification when their children check a book out from the school library and will be asked to sign a consent form after receiving a syllabus that lists the assigned reading.