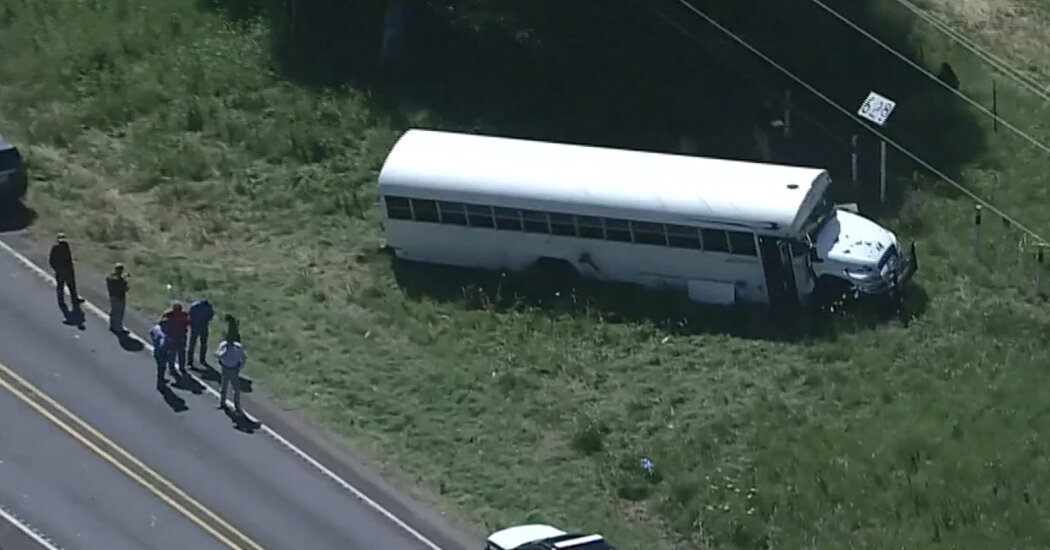 The authorities in Texas said on Thursday that they were searching for a convicted murderer who had escaped from a correctional bus after, they said, he stabbed the driver in the hand and forced the vehicle off a highway into a cow pasture.

The authorities deployed dogs and helicopters in the search for the inmate, Gonzalo Artemio Lopez, 46, who had been serving a life sentence for killing a man with a pickax.

“As you can see from his record, he is very dangerous,” Robert Hurst, a public information officer for the state’s Department of Criminal Justice, said in a phone interview on Thursday night.

Multiple police agencies joined the search for the inmate in a rural area of Leon County near Centerville, Texas, the department said. The city is halfway between Dallas and Houston.

Mr. Lopez escaped as the long white bus, which was also transporting other prisoners, traveled east along a highway in Leon County. It was taking him from a prison in Gatesville, Texas, to a medical appointment in the city of Huntsville, Mr. Hurst said.

“Somehow — we don’t know how — he manages to get out of his restraints and then manages to get into the driver’s compartment of the bus,” which was separated from the passenger area by a door, Mr. Hurst said.

Mr. Lopez had an altercation with the driver, Randy Smith, stabbing him in the left hand with a weapon and forcing the bus off the highway, Mr. Hurst said, adding that the prisoner escaped as another officer, Tommie Brinegar, fired shots at him. He said the authorities did not know what type of weapon Mr. Lopez had used to stab the driver.

The other 15 inmates on the bus were in restraints and did not leave the bus, he said. The driver’s wound was not life-threatening, Mr. Hurst said.

Mr. Lopez was convicted of capital murder for killing a man in Hidalgo County 17 years ago after kidnapping him and trying to extract a ransom from the victim’s wife, Mr. Hurst said.

Mr. Lopez’s first parole review is in April 2045, the prisoner files show. His projected release date was not available.

The escape on Thursday occurred about a mile west of Centerville and about two-thirds into the 160-mile journey from Gatesville to Huntsville. Mr. Hurst said the police planned to search overnight within a roughly 10-square-mile area that has somewhat hilly terrain and includes farmland and forests.

“We will not call off the search until we find him,” he added.