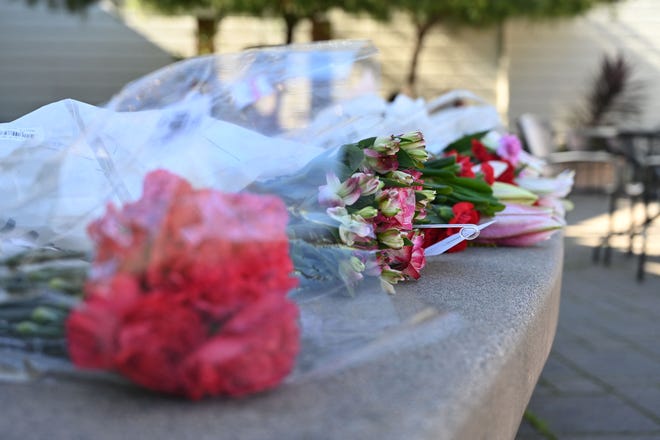 The farmworker accused of fatally shooting seven people at two Northern California mushroom farms was denied bail after being charged Wednesday with seven counts of murder, one count of attempted murder and related charges.

Chunli Zhao, 66, made his first court appearance after being arrested in connection with Monday’s massacre of five men and two women at two Half Moon Bay sites. His arraignment was postponed until Feb. 16 to give his newly two appointed lawyers time to review the case, so Zhao did not enter a plea.

San Mateo County District Attorney Steve Wagstaffe told reporters outside the courtroom this is the first time someone has been charged with these many murder counts in the county’s history, and that it was important Zhao remain behind bars.

“He is not a citizen of this country, has plenty of motive to run,” Wagstaffe said. “For that reason, it was to me a very straightforward and simple request for no bail.”

Wagstaffe said Zhao also faces a special circumstance allegation of multiple murder, as well as sentencing enhancements on each count for the use of a firearm. If found guilty, Zhao could get sentenced to life in prison without the possibility of parole or even the death penalty, although Gov. Gavin Newsom issued a moratorium on executions in 2019.

“Making that decision on the death penalty is something that will take place over the course of the next many, many months,” Wagstaffe said. “We have a long way to go.”

‘BUT THE SHOOTER WAS ASIAN!:That doesn’t negate the reality of anti-Asian violence.

GUNS USED IN RAMPAGES:California shooters had semi-automatic weapons. What about other mass shootings?

Former roommate said Zhao threatened and tried to suffocate him

Monday’s deadly attacks at two sites were not the first violent incidents linked to Zhao that were known to law enforcement, though the previous episode did not lead to a loss of life.

In March 2013, his roommate and former coworker Yingjiu Wang applied for a temporary restraining order after accusing Zhao of threatening to “use a kitchen knife to split my head” and trying to suffocate him with a pillow, according to court records acquired by the San Francisco Chronicle.

The pillow attack in Wang’s room evolved into a wrestling match on his bed during which, “while I couldn’t breathe, I used all my might within the few seconds to push him away with my blanket,” Wang wrote in the application, according to the Chronicle.

The restraining order was granted and later extended but expired in July of that year, the Chronicle reported. Wang, whom the newspaper could not reach for comment, said in the request that Zhao was threatening to kill him unless Wang got him his restaurant job back. Zhao also demanded that Wang get his paycheck, although it’s not clear Wang was his supervisor, the Chronicle reported.

Zhao lived at the property where four of the victims were killed, a company spokesman said Wednesday. David Oates told CNN the site, known as Mountain Mushroom Farm before it was acquired by California Terra Garden last year, has three mobile homes and six trailers where some employees live. Zhao was working at the farm, which has about 35 employees, when it was bought, Oates said.

“Everyone had background checks, and there was nothing to indicate anything like this was even a possibility,” Oates said.

The identities of six of the seven victims were released Wednesday by the San Mateo County Coroner’s Office, which said the seventh person killed in Monday’s attacks has been tentatively identified but notification to next of kin was still pending. However, charging documents indicated that person was Jose Romero Perez. His brother, Pedro Romero Perez, was wounded in the attack but survived and is hospitalized.

The six victims identified by the coroner’s office were: Aixiang Zhang, 74, and Zhishen Liu, 73, of San Francisco; Qizhong Cheng, 66, and Jingzhi Lu, 64, of Half Moon Bay; Marciano Martinez Jimenez, 50, of Moss Beach; and Yetao Bing, 43, whose residence was not known. They were all farmworkers.

Could a better mental health system have prevented the violence?

The Half Moon Bay tragedy came two days after a rampage in Monterey Park, almost 400 miles southeast, left 11 people dead. The Half Moon Bay victims were identified as Latino and Asian American farmworkers.

On Twitter, Rep. Grace Meng, D-N.Y., wondered whether a better mental health services system could have prevented the violence.

“We don’t know motives yet, but I wonder how things could’ve been different had there been a strong mental health and social service network,” Meng wrote. “Yes it’s about gun safety laws, yes it’s about stopping Asian hate, but also a generation of (Asian American Pacific Islander) elders with a life of unaddressed trauma.”

What was grown on the farm where Zhao lived?

The farm primarily grows mushrooms for retail and wholesale customers, Oates said, along with herbs such as basil and oregano. The owners of the farm are bringing in grief counselors for all the employees, Oates said.

“Their goal right now is to try to bring everybody together to start a long healing process,” Oates said. “They look at team members more like family.”

How did the shooting take place?

The attacks began Monday at a mushroom farm where Zhao was employed, authorities said. Police called to the scene shortly after 2 p.m. found four workers dead of gunshot wounds and another worker seriously injured. The suspect then proceeded to Concord Farms, a short drive down the road, where three more people were killed, authorities said.

Some workers lived on the premises and children may have witnessed the shooting, authorities said. The suspect was arrested in his vehicle, parked outside a sheriff’s substation, at about 4:40 p.m. Video of the arrest has been widely circulated on social media.

“All of the evidence we have points to this being the instance of workplace violence,” the sheriff said.

Grammys 2023: All the must-see photos from music’s biggest night 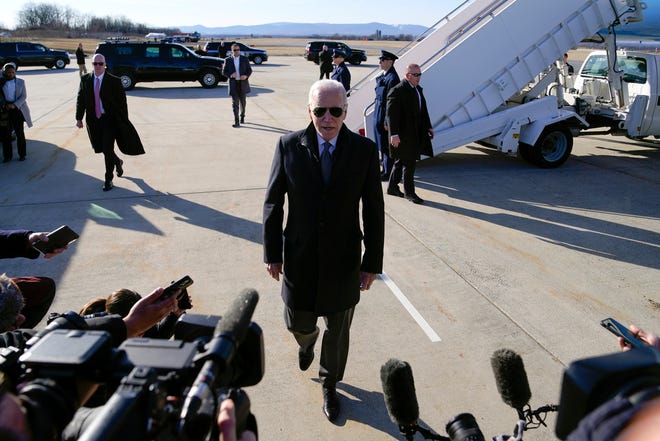