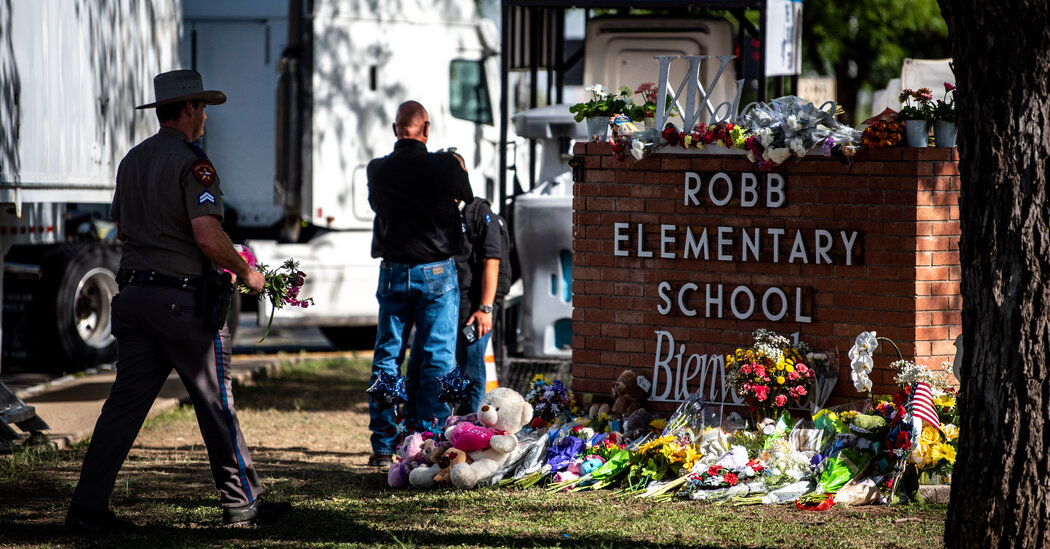 Students who were in the classroom with the gunman called 911 several times, including a lengthy call during which some shooting and other sounds of the attack could be heard, according to Steven McCraw, director of the Texas Department of Public Safety.

Mr. McCraw described the calls this way at a news conference Friday:

Again at 12:16, she’s called back and said there was eight to nine students alive.

At 12:36, a 911 call, it lasted for 21 seconds. The initial caller called back. The student-child called back, and was told to stay on the line and be very quiet. She told 911 that he shot the door.

At 12:46, she said she not could not—— that she could hear the police next door.

At 12:51, it’s very loud, and sounds like officers are moving children out of the room. At that time, the first child that called was outside before the call cuts off.