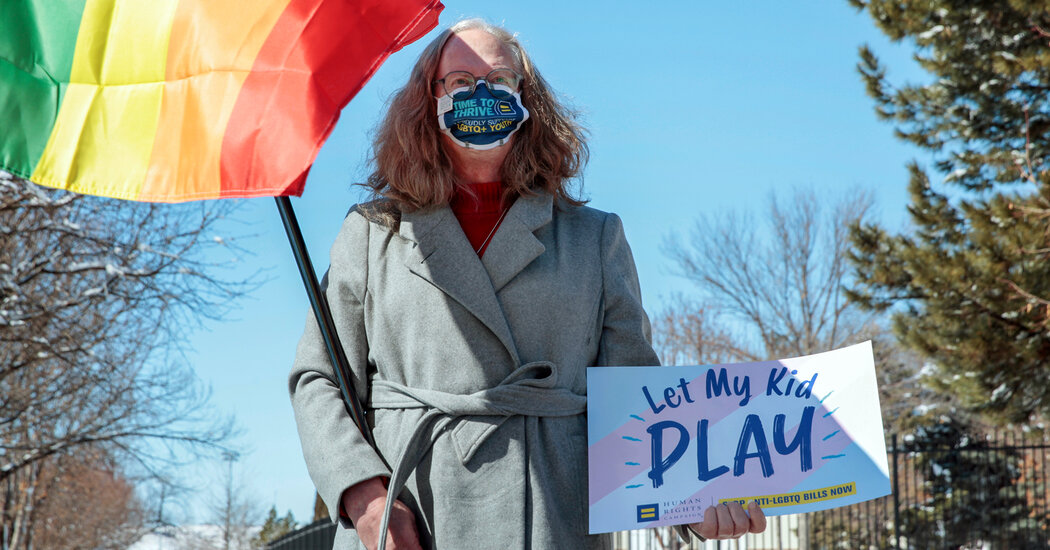 The end of the terrible coronavirus pandemic seems, at long last, within reach. President Donald J. Trump is gone and America has just endured a withering year of death and protest.

In times like these, sports can be a cultural touchstone expected to comfort and heal.

But as we dream of a return to normalcy, what will we now expect from the games we love? A return to the mythical notion that sports should operate at arm’s length remove from the important issues of the day?

Or an understanding that sports provide much more than a forum for entertainment and the exploration of human potential?

Searching for guidance, I called Harry Edwards last week. There’s no one better to offer perspective. The sociologist has been on the front lines of athlete protest dating to the 1960s. He started off with a broad stroke: “Sports does not so much mirror society — it is integral to the functioning of society,” Edwards said.

Then he zeroed in. We both did. We agreed that sports have become society’s prime cultural battleground for every hot-button social and political issue. No matter the subject — race, religion, sexuality, patriotism, the role of the police — the sports world is more powerful than ever as a venue for the often harsh hashing out of opposing views.

Consider the recent push by conservatives to open a new flank in our divisive wars over social progress. Mississippi’s Republican governor just signed a law that will bar transgender athletes who identify as female from participating on girls’ or women’s sports teams. A flurry of similar, Republican-backed bills is moving through at least 20 statehouses, all under the guise of ensuring the rights of athletes who were born biologically female.

Never mind that such legislation is unnecessary. If it fires up a base fearful of expanding L.G.B.T.Q. rights, well, purpose served. The drive for restrictive laws also shows how sports will continue to be used as a litmus test for conservatives and progressives alike.

In this new world, with its fraying social bonds and lack of historical memory, nothing packs the power of sports as a platform for battles over change. Not popular music. Not the clout that springs from our universities. Not Hollywood. “No matter how great the hero in a movie,” Edwards said, “you are not going to see people fighting over movies.”

Trump provided a powerful accelerant. He stoked the flames amid his ardent supporters who view sports as a last bastion for the good old days and their gauzy myths. The pandemic forced us inside and limited our lives — and also helped give activist athletes and their supporters more time to think and organize. (Hence the walkouts led by the N.B.A. and W.N.B.A. last summer.) All the while, the ubiquitous, hyperbolic power of the internet and social media continued to grow at breakneck speed.

Take the case of Greg McDermott, the Creighton men’s basketball coach, who posted an apology on Twitter to get ahead of a story about the terrible language he used while addressing his players after a recent loss to Xavier. “I need everybody to stay on the plantation,” he admitted telling his team. “I can’t have anybody leave the plantation.” Needless to say, words like that were a gut punch to his Black players, who produced and publicly shared a video to express their pain.

The incident quickly became headline news and the subject of widespread discussion about the power of words and white leaders’ responsibility to understand the Black experience.

As all of this unfolded, a clip went viral of a Miami Heat reserve player, Meyers Leonard, spewing an anti-Semitic slur while playing a video game on a public livestream. Criticism came hard and swift. The N.B.A. suspended Leonard and fined him $50,000. Heat coaches and players expressed dismay. “We can’t tolerate that here,” said Udonis Haslem, the team’s veteran forward, sending a clear signal from a league full of activist players on standards for speech and rooting out hate. “Right is right, and wrong is wrong.”

In years gone by, there’s a good chance none of this would have received such a public airing. A decade ago, in a world with different expectations and less connectivity, McDermott’s rant and Leonard’s online slur probably would not have become public. And that would mean no apologies, no condemnation, no chance for a wide-open discussion on acceptable speech.

Smartphones and the internet have utterly changed the dynamic. Edwards recalled leading an anti-discrimination protest in 1967 by Black football players on the campus at his alma mater, San Jose State, and trying to spread the word across the country by making over 100 calls from a rotary phone.

“The principal difference between what we did in the 1960s and what we see today is technology,” Edwards said. “The rapidity of communication, the way everyone now can hear the message, make their own message, and experience it all in real time.”

We love sport not only for its drama but also for its precision and certainty. Games almost always end with clear winners and losers. We can measure the speed of a sprinter down to the millisecond. We know the exact batting average of the best hitter in baseball and, these days, the speed of the swing and the angle at which hits loft toward the outfield.

But when mixed with the drive for change and the demand for new protections of rights, our sports get messy. Fights over power are always that way.

So what will the future hold?

“The struggle will continue,” Edwards said. “And sports will be where it all plays out.” He ticked off the names of today’s most prominent athlete activists — LeBron James, Maya Moore and Colin Kaepernick — and said they and others of their ilk are more astute than the players of old at “dreaming with their eyes open, working for justice, cultivating the tools to make those dreams happen.”

Then the wise professor stopped for a moment, before reminding me that the battles are not only fought by progressives.

“Remember,” Edwards said, “for every action, there is a reaction. Expect the other side to operate in direct opposition to what these athletes are pushing for.”

Conflict is inevitable. So is change.