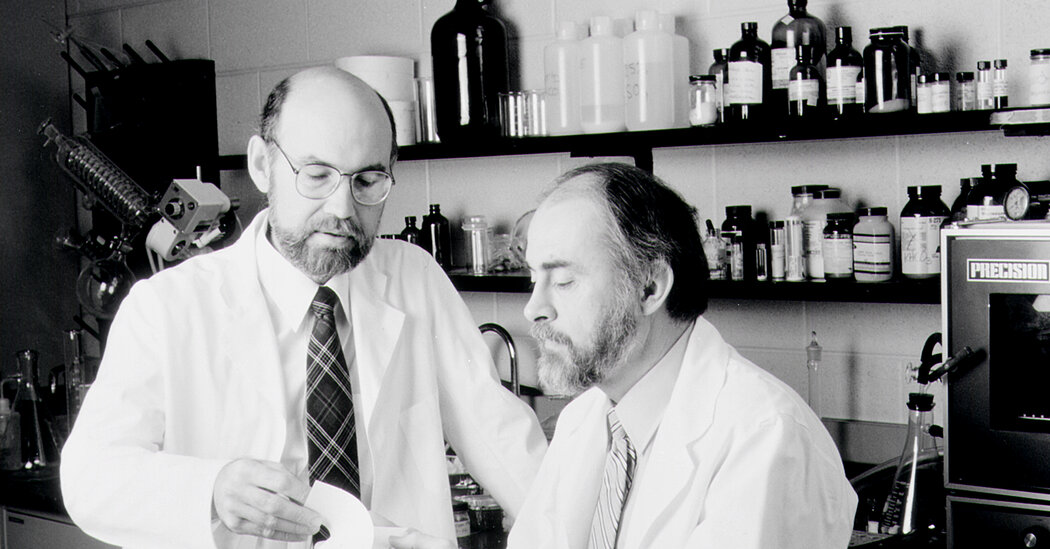 Spencer Ferguson Silver III was born on Feb. 6, 1941, in San Antonio. His father, Spencer Jr., was an accountant. His mom, Bernice (Wendt) Silver, was a secretary.

Spencer was a young person in 1957 when the Soviet Union despatched the primary synthetic satellite tv for pc, Sputnik, into Earth’s orbit.

“His science teacher told the class, ‘All you guys are going to be engineers,’” his spouse mentioned in a cellphone interview.

Dr. Silver didn’t select engineering or astrophysics. Instead, he graduated from Arizona State University with a bachelor’s diploma in chemistry in 1962. He earned a Ph.D. in natural chemistry from the University of Colorado, Boulder, 4 years later. While there, he met Linda Martin, an undergraduate who was working half time within the chemistry division. They married in 1965.

He quickly joined 3M as a senior chemist engaged on pressure-sensitive adhesives. During his 30 years at the corporate, he rose to the rank of company scientist. And whereas he labored on different tasks involving department block copolymers and immuno-diagnostics, none had been half of fashionable successes like Post-it Notes.

The mating of Dr. Silver’s adhesive and Mr. Fry’s handmade adhesive notes was a success with 3M secretaries. But 3M executives weren’t so certain.

A take a look at launch in 1977 of Press ‘n Peel, because the product was referred to as, in 4 cities — Denver; Tulsa, Okla.; Tampa, Fla; and Richmond, Va. — flopped with customers, who had been unsure concerning the thought of repositionable paper squares. But the next year, 3M had greater success when it flooded offices in Boise, Idaho, with free samples; 90 p.c of the recipients mentioned they’d purchase them.