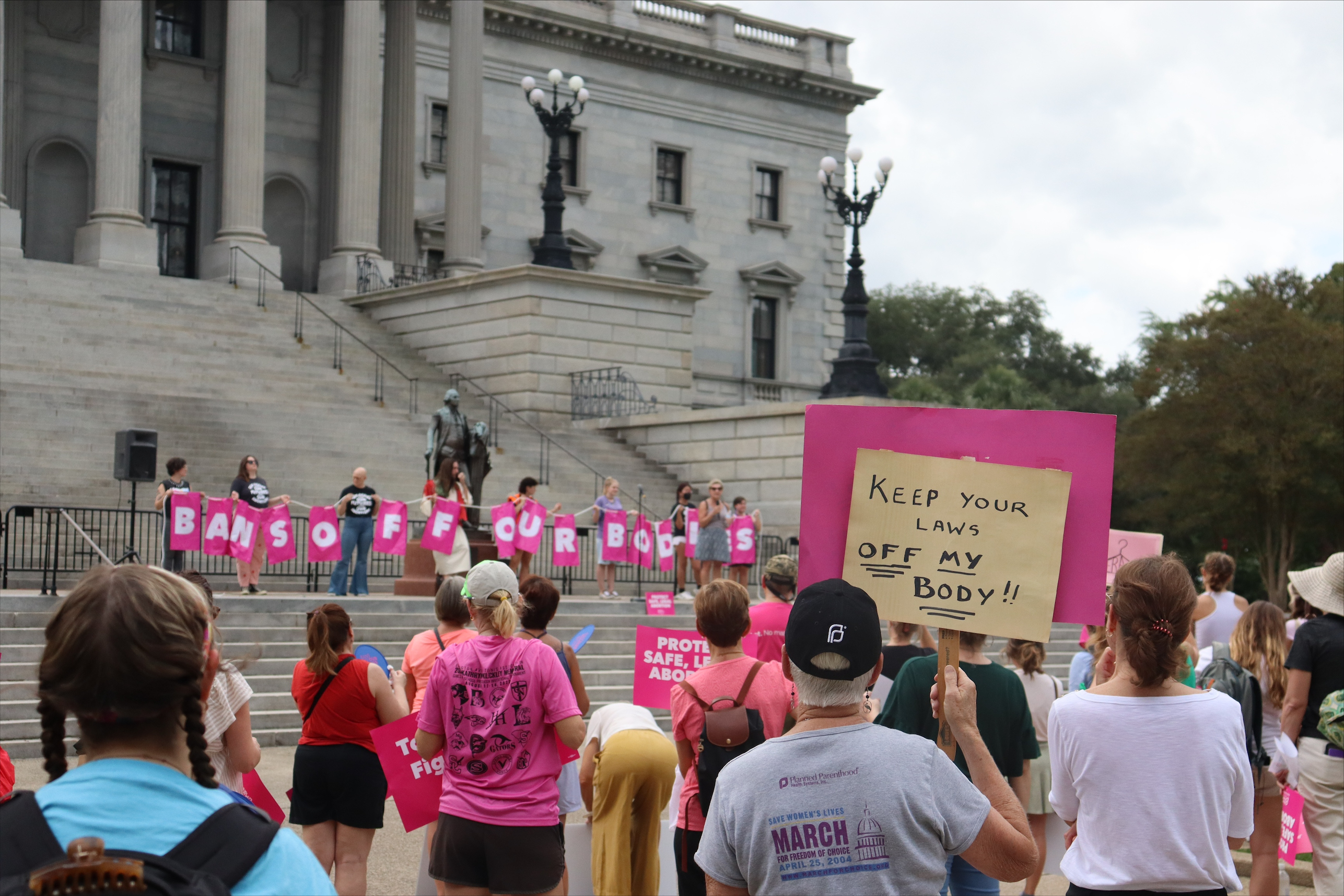 Amendments to add fetal anomaly exceptions to the bill and to expand sex education in schools were both tabled.

The Senate minority leader, Brad Hutto, took a few minutes before the final tally to explain the Democrats’ decision to abstain from amendment votes.

“You’re asking us to adopt these policies in an attempt to make a really, really bad bill a little bit better,” Hutto said. “And we’re just not gonna participate in that, and I hope you respect that. And maybe you don’t understand. But those of us who abstained from voting on your amendments was not because your amendments are not worthy of our consideration. And as standalone bills next year, I can tell you I would support every single one of them.”

“But this is an awful bill. I just can’t say that enough,” he continued. “What we’ve witnessed here is the Republican majority’s attempt to impose an extreme total ban on abortion on women in South Carolina.”

South Carolina Republicans have slowly chipped away at reproductive rights in the state, but the U.S. Supreme Court’s move to overturn Roe v. Wade in June cleared the way for the Legislature to ban the procedure entirely. But in a midterm year, as voters — as seen in the defeat of a Kansas ballot amendment — offer more clues about how the general electorate feels about restrictions on the procedure, Republicans are looking to find the safest political path in the run-up to November.

Republicans’ moves to ban abortion this summer have had mixed results. While Indiana passed a ban last month that’s set to go into effect later this month, West Virginia’s Legislature failed to reach a consensus on further restrictions during a special session in July.

This political tap dance has already played out in the more conservative South Carolina House, which pushed forward the near-total abortion ban with the added exemptions for rape and incest. A previous version of the House bill, without exceptions for rape and incest, appeared to fail. Tuesday’s move by Senate Democrats to abstain from voting appeared to mimic House Democrats’ strategy to make the bill undesirable to some Republicans who may be unwilling to vote for a ban without such exceptions.

Multiple Republican South Carolina senators have also said they won’t support a bill without these exceptions, The Associated Press reported. The Senate’s makeup is 30 Republicans and 16 Democrats.

Even if the exemptions were to be added back in, patients attempting to use such exceptions to receive care face a multitude of legal hurdles and may have an easier time traveling across state lines for an abortion.

The Associated Press and Megan Messerly contributed to this report.