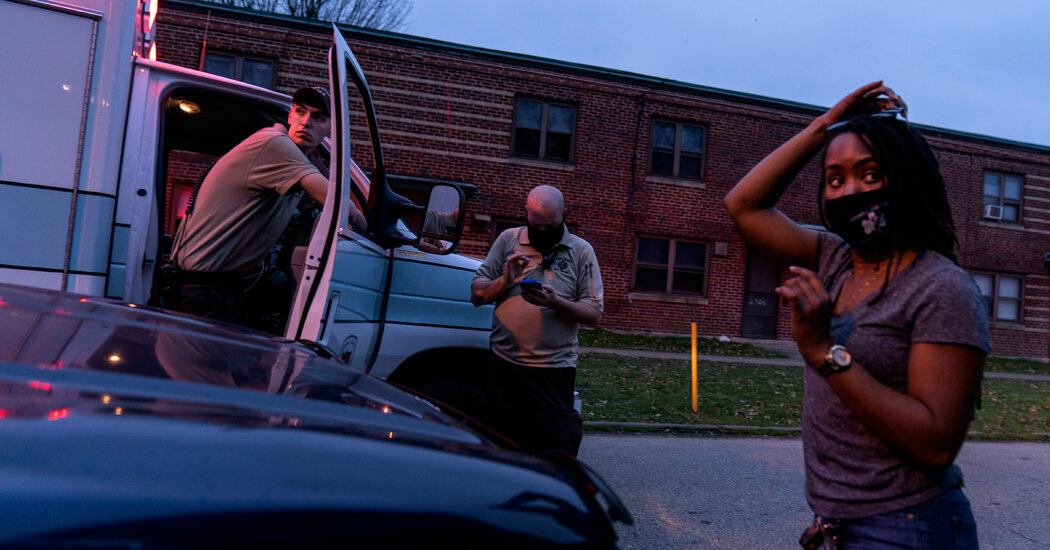 The pandemic’s devastating impact on drug overdose deaths in the United States hit people of color the hardest, with rates among young Black people rising the most sharply, according to a federal report that was released on Tuesday and that analyzed overdose data by race, age and income.

Overall, overdose deaths jumped 30 percent from 2019 to 2020, the report from the Centers for Disease Control and Prevention said. Deaths among Black people rose 44 percent, about twice the increase in deaths among white people (22 percent) or Hispanic people (21 percent). Deaths among American Indians and Alaska Natives increased 39 percent.

Measured as a portion of the population, in 2020, deaths among Black people were higher than in any other racial or ethnic group — 39 per 100,000, compared with 31 for white people, 36 for American Indian and Alaska Native people and 21 for Hispanic people.

“The disproportionate increase in overdose death rates among Blacks and American Indian and Alaska Native people may partly be due to health inequities, like unequal access to substance use treatment and treatment biases,” said Dr. Debra Houry, acting principal deputy director of the C.D.C.

The racial breakouts were based on data from Washington, D.C., and 25 states that had completed analyses. The study included data from some states where overdose death rates rose, such as Georgia, Kentucky and Maine, but not from others with high rates, like Florida, New York and Michigan. C.D.C. researchers said that, nonetheless, the trends they saw in this data mirrored statistical racial breakouts across the country.

Nationwide, overdose deaths have continued to rise since 2020, although the rate has slowed somewhat.

The impact on different races became even more striking when age was factored in. In 2020, the death rate from overdoses in men 65 and older was nearly seven times greater for Black men than for white men. In Black people ages 15 to 24, the overdose death rate rose 86 percent from 2019 to 2020.

Authors of the study said the deaths were driven largely by illicitly produced fentanyl, with some triggered by the combination of other drugs with the opioids, such as methamphetamine and cocaine.

The pandemic exacerbated the spiral, the authors said. With people young and old isolated from social services, peers, family and treatment centers, to say nothing of a drop in income for many, drugs became a distraction and a solace.

Perhaps surprisingly, the report said that overdose death rates generally were higher in counties with more treatment services and mental health care providers. Again, the impact varied according to race. Among American Indian and Alaska Native people and Black people, for example, the rate in 2020 in counties with at least one opioid treatment program was more than twice that in counties that lacked such services.

Among counties with comparatively more treatment options than others, overdose death rates from 2019 to 2020 increased 49 percent among Black people, compared with 19 percent among white people.

“Just because there’s the availability of services doesn’t mean that those services are actually accessible,” said Mbabazi Kariisa, the lead author of the report and a health scientist with the Division of Overdose Prevention at the C.D.C. She noted that limited transportation and insurance options could be problematic. In addition, she said, fear of being stigmatized and a pervasive mistrust of the health care system could also be significant factors.

The report also noted that in counties that were geographically large, a treatment center might be located in a dense population center, which would make access challenging for those in far-flung areas. But it is difficult to pinpoint a causal relationship between the presence of a clinic and death rates: A county with high rates of drug abuse and overdose deaths might simply be more likely to have a clinic.