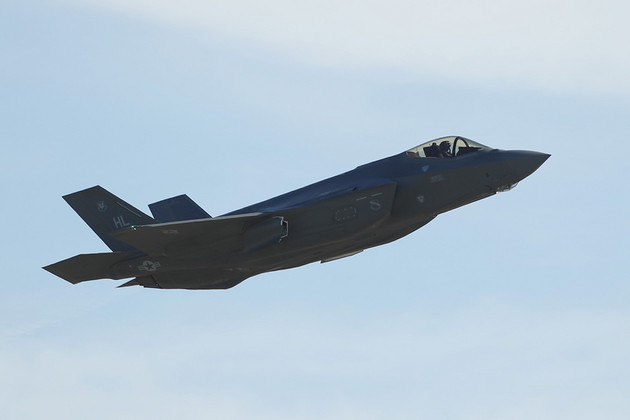 At the same time, the fighting in Ukraine and renewed threats from Russia have prompted NATO allies U.K., Germany, Belgium, Romania, Italy, Poland, Norway and Sweden to promise to spend well above their planned levels.

Defense companies, and their lobbyists, have taken notice and are banging on doors on Capitol Hill to sell more fighter jets, missiles, small arms, drones, and the technology to shoot down enemy aircraft.

“For the defense industry, happy days are here again. When the defense budget rises it tends to lift all boats in the industry,” said Loren Thompson, Lexington Institute COO and a defense industry consultant who receives money from Boeing, General Dynamics, Lockheed Martin and Raytheon Technologies.

POLITICO spoke to four people who are either industry insiders or lobbyists, and who asked for anonymity to avoid violating agreements with employers and clients. The defense industry is approaching the attack from all angles, they say, by scheduling meetings with military program offices, briefing lawmakers and Hill staff, and trying to get a sense of how it can support the Pentagon.

Germany stunned observers this month when it pledged to buy up to 35 F-35 fighter jets from Lockheed. The deal was the first big defense announcement since Chancellor Olaf Scholz pledged a 100 billion-euro military investment in response to Russia’s invasion of Ukraine.

Prior to the announcement, Germany was considering either a mix of Boeing F/A-18 Super Hornets and the Eurofighter Typhoon or the F-35. For years, Germany has weighed its options on how to replace its fleet of Tornados.

The Germans had been hesitant to purchase the F-35 because it would upset the Franco-German defense alliance that is developing the Future Combat Air System, slated to come online in the 2040s. But the present trumped the future when Vladimir Putin invaded Ukraine.

“There is only one answer to Putin’s aggression: unity in NATO and credible deterrence. Precisely for this reason, the decision for the F-35 is without alternative,” said German Air Chief Lt. Gen. Ingo Gerhartz.

The decision was the latest win for Lockheed as orders continue to pour in from Europe. Suddenly, one of the most maligned weapons systems of the modern age is now the world’s most in-demand.

Finland and Switzerland both selected the F-35 in 2021 to replace their aircraft. The Finns chose the F-35 over the Super Hornet, Dassault Rafale, Eurofighter Typhoon and Saab Gripen.

The Swiss have also selected the F-35 over the Super Hornet, Rafale and Typhoon, though the nation’s Parliament still has to sign off on the deal.

And more orders could be coming. The Czech Republic will need a new fighter fleet when its lease expires in 2027. The two main bidders are the Saab JAS-39C/D or the new E/F models, and Lockheed Martin, which is offering either the F-16V Block 70/72 jets or the F-35.

Fighter jet purchases have always been a way to develop a strategic relationship, but the recent pledges to buy F-35 are taking this approach to new extremes, Aboulafia said.

One hurdle, facing both the U.S. and European defense industry, is supply chain constraints. For example, the F-35 market “is clearly moving towards [producing] 200 [jets] a year, but [Lockheed Martin has] said, we really can’t do more than 156 for the next few years,” Aboulafia said.

In the U.S., a battle is already brewing on Capitol Hill against a rumored F-35 cut in the fiscal 2023 budget request the Pentagon will release on Monday. Members of the Joint Strike Fighter Caucus are urging President Joe Biden to reconsider the reduction of F-35 purchases from 94 jets, which was the existing plan for fiscal 2023, to 61 jets. Bloomberg first reported the F-35 budget cut.

“With President Vladimir Putin’s invasion of Ukraine, it is more critical than ever that we continue to invest in our deterrence and defense capabilities,” co-chairs of the JSF Caucus wrote in a March 17 letter obtained by POLITICO. The caucus is led by Reps. John Larson (D-Conn.), Mike Turner (R-Ohio), Marc Veasey (D-Texas) and Chris Stewart (R-Utah).

Russia’s war in Ukraine has also given new life to decades-old Javelin anti-armor and Stinger anti-air missiles. Latvia, Lithuania, Estonia, the Netherlands and Germany have all sent thousands of their U.S.-made missiles to Ukraine, and the U.S. is directly transferring theirs as well.

Those shipments have created a new demand to backfill the weapons stockpile for both the U.S. and Europeans, and the Pentagon is figuring out ways to meet that demand.

Now lawmakers are pushing DoD to quickly replenish the inventory of weapons, and there’s even an appetite on Capitol Hill to build a follow-on Stinger that can be fielded within three years. House Armed Services Chair Adam Smith (D-Wash.) and Ranking Member Mike Rogers (R-Ala.) are pushing DoD to focus on the new project and said they may move money in the budget to jumpstart the effort this year. Raytheon and Lockheed will likely both compete for the new project.

This month Congress allocated $3.5 billion in emergency funding for the military to backfill stocks of weapons sent to Ukraine, including the thousands of Javelin and Stinger missiles. A partnership between Lockheed Martin and Raytheon Technologies makes the Javelin, and Raytheon manufactures the Stinger.

Lockheed Martin may use its own dollars to ramp up Javelin production, according to two people with knowledge of the discussion.

Lawmakers are pushing for the Pentagon to heat up the production lines and quickly replace diminishing munitions, doubling the Biden administration’s $1.75 billion request to refill military inventories. And concerns abound on Capitol Hill over how quickly missile stocks can be replenished.

The top Republican on the Senate Armed Services Committee, Jim Inhofe of Oklahoma, sounded the alarm at a hearing Tuesday that munitions are running “too low in priority theaters” and argued for “one-time investments” to expand production.

“We don’t have the capacity to produce enough munitions and ammo in the time frame that we’ve allotted,” Inhofe said. “We’re sending thousands of Stingers to Ukraine and we don’t even have a hot production line.”

Though Congress has provided ample cash for the effort, top defense lawmakers have signaled they’re more than willing to grant the Pentagon even more funding and budget flexibility to finish the job.

“They’ve got resources already. If they need more they can come back to us,” Senate Armed Services Chair Jack Reed (D-R.I.) told reporters. “And I think we’d be very open to that.”

“They get it. They don’t want to be able to say ‘We’re on alert, but we don’t have any resupply, so good luck guys.’” Reed added. “That’s not something I think any secretary of Defense or chairman wants to tell the troops.”

The early successes of armed drones in Ukraine, such as Turkey’s Bayraktar, along with the recent news that the U.S. is sending 100 Switchblade systems by AeroVironment, is setting off a mad dash among domestic drone makers — and others developing the tech to shoot them down.

While established defense companies will pulse Pentagon program offices for funding, firms without strong military ties will rely on lawmakers, which could glean mixed results. Expect the Pentagon to request a series of project-specific budget increases to address gaps, said one insider with knowledge of the approaches.

Lawmakers acknowledge the urgent need for new technology, along with the challenges associated with entering the defense market, and are reaching out to innovative companies in their districts and asking how to get their existing products to Ukraine, said a second person familiar with the conversations.

Epirus, a startup based in Los Angeles, has developed a microwave weapon designed to be carried by a drone that can shoot down other drones. The technology generates a beam of microwaves to overload electronics and causes enemy drones to drop out of the sky.

The company is reaching out to U.S. combatant commands, lawmakers and Hill staff to convince them that the Pentagon must rework the budget process to ensure innovative technology is getting to the battlefield, said Epirus spokesperson Andrew Wargofchik.

Instead of taking the traditional path in which a firm secures funding from DoD to develop a product, Epirus has used the money it has raised from investors to prove innovation does not have to take decades, Wargofchik said.

He points to the addition of $374 million in the Army’s fiscal 2022 budget to counter small drones. He warned that the funding may go toward existing systems that are unequipped to counter the threat.

The strategy is different for Dedrone, a San Francisco-based counter-drone company that uses hardware and software to detect objects in the airspace, determine what is an enemy drone, break the communication link between an enemy drone and its pilot, and disrupt the GPS signal. The company already sells its technology to four out of the seven G-7 countries, including the U.S., and believes its current customers will continue to buy from companies they have bought from previously, CEO Aaditya Devarakonda told POLITICO.

Devarakonda said his team is receiving five times the number of inquiries than before Russia’s invasion of Ukraine. Many of the questions Dedrone has received from the U.S. and European governments are about the constrained supply chain. Can an existing supplier meet the demand during a specified delivery window?

Another hurdle Dedrone is facing is that many of the NATO allies and partners have not previously bought cutting-edge technologies.

“They are scrambling to figure out what is right for them,” Devarakonda said.

Meanwhile, San Diego-based drone maker General Atomics, which builds the Reaper, says there is a large international market for its drones, but the State Department is stymieing the boom.

The company is uncertain whether the Russian invasion of Ukraine will increase the U.S. government’s willingness to export drones to allies. The company continues to talk to current and prospective customers daily, said General Atomics Aeronautical Systems spokesperson C. Mark Brinkley.

Brinkley said “many nations” that are interested in buying U.S. drones are being turned away, or those requests are locked up in government review. If this continues, nations will continue turning to China and Turkey for support.

The State Department has not approved potential drone sales to Indonesia, Morocco, Poland, Qatar or Taiwan.

“It’s baffling to see the United States willing to provide highly lethal fighter jets and attack helicopters quickly while allowing discussions on UAS to go cold. It sends a signal to many of our ‘allies’ that we don’t really care about the evolving threats they face,” Brinkley said.