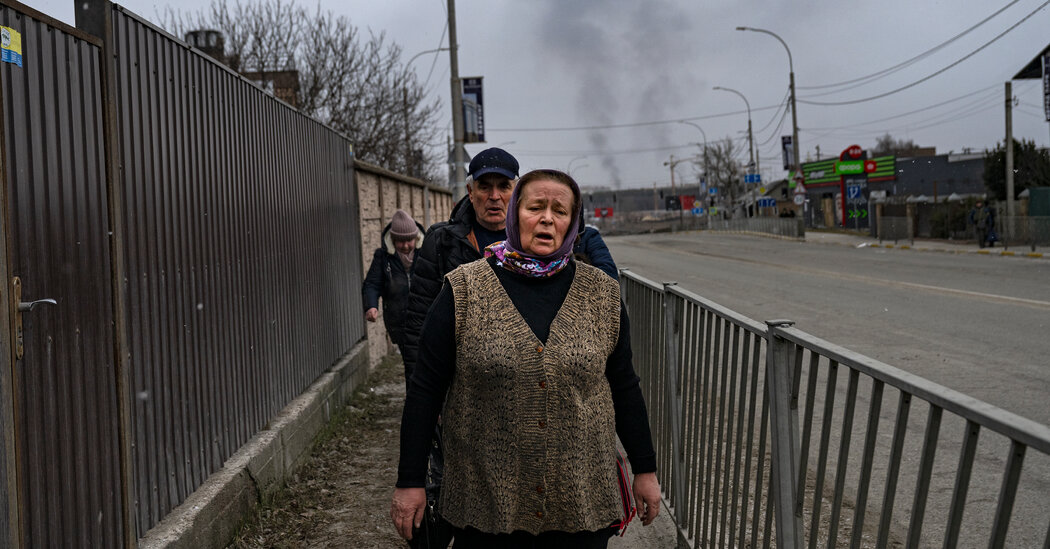 Mr. Blinken also confirmed reports that the United States was discussing with Poland how to supply Soviet-era fighter jets to Ukraine, with American F-16s going to Poland to replace them, after pleas from Mr. Zelensky for jets that Ukrainian pilots know how to fly.

“We are looking actively now at the question of airplanes that Poland may provide to Ukraine and looking at how we might be able to backfill, should Poland decide to supply those planes,” Mr. Blinken said. “I can’t speak to a timeline, but I can just say we’re looking at it very, very actively.”

But Polish officials seemed less than enthusiastic. After President Andrzej Duda said last week that Poland would not supply planes, the office of Prime Minister Mateusz Morawiecki wrote on Twitter on Sunday: “Poland won’t send its fighter jets to #Ukraine as well as allow to use its airports. We significantly help in many areas.”

And Moscow warned against the idea, threatening countries that allow the Ukrainian military to use their airfields.

Over the past week, the United States, Europe and others have frozen hundreds of billions of dollars of Russian assets, removed Russian banks from a system that enables international payments and erected steep barriers to investment in Russia. Businesses are pulling out at an ever-accelerating pace, the Moscow stock market has yet to reopen, the ruble has plunged and residents face the prospect of severe shortages. On Sunday, the credit card company American Express suspended its operations in Russia, a day after Visa and Mastercard did the same.

In Russia, the crackdown on independent media continued as BBC World News was taken off the air and Radio Free Europe/Radio Liberty, the U.S.-funded media outlet founded during the Cold War, announced that it would cease operations there.

But thousands of Russians braved the police and rallied across the country on Sunday against the war in Ukraine, despite the threat of long prison terms. The rights group OVD Info reported that at least 1,950 people were arrested on Sunday in 44 cities, bringing the total number of Russians arrested at antiwar protests since Feb. 24 to more than 10,000.