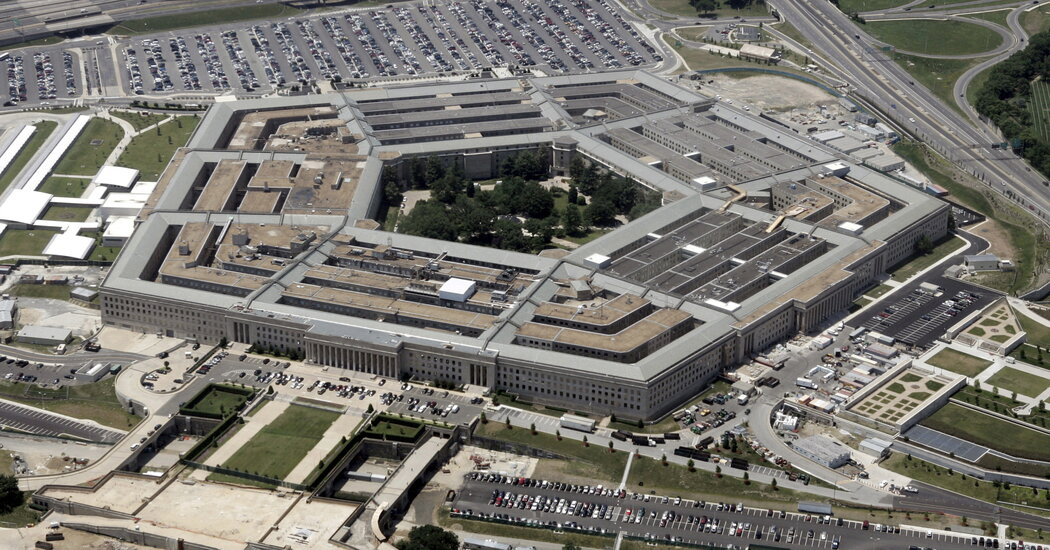 U.S. Special Operations forces carried out what the Pentagon called a “successful” counterterrorism mission in northwest Syria early Thursday. The risky commando assault targeted someone believed to be a Qaeda leader, but rescue workers said women and children were among at least 13 people killed during the raid.

American helicopters ferried the commandos into position soon after midnight, surrounding a house in Atmeh, a town close to the border with Turkey in rebel-held Idlib Province, according to American analysts monitoring Syrian social media reports and the Syrian Observatory for Human Rights.

A long, tense standoff ensued, with helicopter loudspeakers blaring warnings in Arabic for women and children inside the house to evacuate, according to social media and witness accounts. After about two hours, a major battle erupted, with rocket-propelled grenades and other fire hurtling from the house and surrounding buildings toward the Americans.

During the operation, one of the American helicopters suffered a mechanical problem, was forced to land and was later destroyed by American attack aircraft. At some point, the American commandos and their remaining helicopters flew off, witnesses said.

Shortly after midnight on Thursday in Washington, John F. Kirby, the Pentagon spokesman, issued a terse statement: “U.S. Special Operations forces under the control of U.S. Central Command conducted a counterterrorism mission this evening in northwest Syria. The mission was successful. There were no U.S. casualties. More information will be provided as it becomes available.”

Video from the scene on social media showed people pulling the bodies of at least nine men, women and children from the rubble of the badly damaged house, said Charles Lister, the director of the Washington-based Middle East Institute’s Syria and Countering Terrorism and Extremism Programs, who was monitoring the videos and aircraft-tracking websites.

Witnesses suggested that American counterfire against the house caused the damage, but a senior American military official said there was an explosion inside the house that was not caused by U.S. firepower, and was more likely caused by the target of the raid blowing himself up.

The Syria Civil Defense, also known as the White Helmets, pulled bodies and survivors from the rubble after the airstrikes and wrote on Twitter that at least 13 people had been killed during the operation, including four women and six children. The group did not provide further details on the identities of those killed.

The Syrian Observatory for Human Rights, a conflict monitor based in Britain, also reported 13 deaths, including three women and four children and others who had not yet been identified.

The raid appeared to have targeted a stand-alone, three-story cinder block building surrounded by olive trees. Images shared on social media by activists who visited the site showed simple rooms with mats on the floors, a diesel heater and clothes and blankets scattered about, some of them covered with blood.

The size, scope and duration of the battle suggested that the target of the raid was most likely a senior Qaeda figure, Mr. Lister said. The fact that the United States risked sending in commandos, and not just launching airstrikes, also suggested the focus of the raid was a senior figure.

American officials declined to identify what one called a “high value” target, pending a DNA analysis, but said the Biden administration could make an announcement as early as Thursday. The officials refused to comment on whether it was a senior regional Qaeda leader, or even the terrorist group’s top leader himself, Ayman al-Zawahri, who is believed to be in the rugged border areas straddling Afghanistan and Pakistan.

The White House was abuzz on Wednesday night about something secretive afoot, and Pentagon officials were unusually tight-lipped about the mission’s details.

Indeed, the helicopter-borne commando assault bore a resemblance to the raid in October 2019 that culminated in the death of Abu Bakr al-Baghdadi, the leader of the Islamic State. That raid took place not far from the one on Thursday.

Mr. Lister said that the Atmeh area has crowded camps that Qaeda members use to hide among people displaced by the conflict.

Idlib Province is home to many violent Islamic extremist groups, dominated by Hayat Tahrir al-Sham, formerly the Nusra Front, which was formerly linked to Al Qaeda. Syrian military forces, backed by Iranian and Russian firepower, have targeted the group. Another prominent group is Hurras al-Din, a Qaeda affiliate.

Hurras al-Din emerged in early 2018 after several factions broke away from the Nusra Front, which at least publicly has since distanced itself from Al Qaeda’s overall leadership. Hurras al-Din is the successor to the Khorasan Group, a small but dangerous organization of hardened senior Qaeda operatives that Mr. Zawahri sent to Syria to plot attacks against the West.

The province has been the scene of American airstrikes in recent months, but the pace of activity there has been far short of the American-led coalition’s attacks against remnants of the Islamic State in northeastern Syria.

In early December, an American MQ-9 Reaper drone carried out a strike against a suspected senior Qaeda leader and planner in Idlib. But the initial review of the attack indicated that the drone’s missile struck both the Qaeda leader on a motorcycle and a Syrian family in a car close to the motorcycle.

The Qaeda leader was killed; members of the Syrian family were injured.

The military’s Central Command opened an investigation into the attack, the results of which have not yet been made public.

“We abhor the loss of innocent life and take all possible measures to prevent them,” Capt. Bill Urban, the chief spokesman for Central Command, said at the time. “The possibility of a civilian casualty was immediately self-reported to U.S. Central Command. We are initiating a full investigation of the allegations and will release the results when appropriate.”

Two months before that, in October, an MQ-9 carried out an airstrike in northwest Syria that military officials said killed a senior Qaeda leader, Abdul Hamid al-Matar.