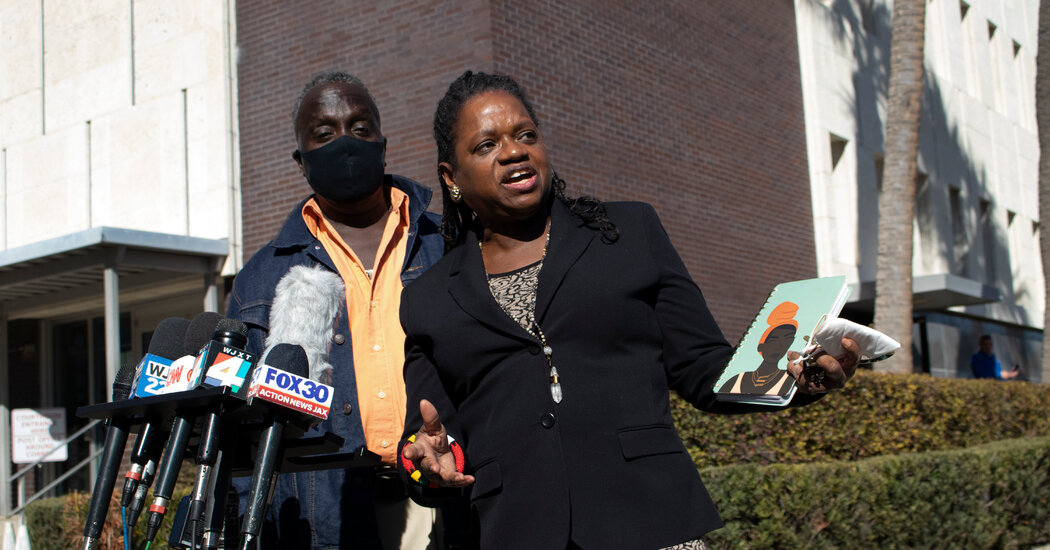 More than 1,000 people spread across 43 counties received jury summonses for the federal trial. By Monday morning, the group had been whittled down to 12 jurors and four alternates. Of the dozen people selected for the main panel, eight are white, three are Black and one is Hispanic. They include a cook, a social worker, a stay-at-home father, a former cosmetology worker and an air-traffic controller.

In the earlier murder trial in state court, 11 of the 12 jurors were white. Before the murder convictions, the racial lopsidedness had raised questions about whether justice would be served.

The federal jury is charged with determining not whether the men committed murder but whether they deprived Mr. Arbery of his right to use a public street because he was Black. The men are also charged with attempted kidnapping, and the McMichaels are charged with one count each of using a weapon during a violent crime.

Ms. Bernstein laid out her case for racial bias for each man. Travis McMichael, she said, had referred to Black people as “niggers” on numerous occasions. Mr. Bryan, she said, had used the word to describe a Black man dating his daughter. And Ms. Bernstein described a time that Gregory McMichael had ranted against Black people to a work colleague and described his animosity toward the civil rights leader Julian Bond, who had recently died.

It was difficult to gauge the jury members’ reactions to such language because they were wearing masks. Reactions were more identifiable among some of Mr. Arbery’s family members. Mr. Arbery’s aunt, Diane Arbery Jackson, shook her head and left the courtroom as Ms. Bernstein read a message Travis McMichael sent to a friend responding to a video of a Black man sticking a firecracker up his nose.