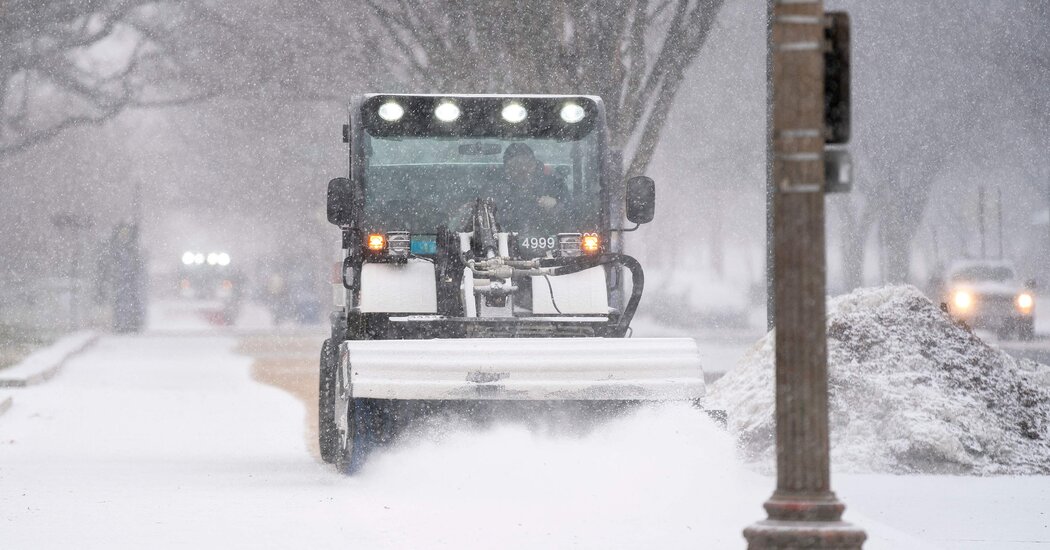 Parts of the state have just been emerging from the tail end of a winter storm about a week ago, said the emergency management coordinator in Fayetteville, Scott Bullard.

“It’s not often that these things occur like this,” he said, referring to consecutive winter storms in the South. “Certainly not in serial fashion, or close to each other.”

City departments met on Thursday to prepare, taking a look at their fleet of trucks fitted with brine and plows, and at sports or waste management schedules, he said. While his city of about 210,000 was expected to get but a dusting of snow, the authorities were keeping an eye on the changing models until they get an “ironclad” picture of the forecast, he said.

“We are not really sure what the gusts are going to be like,” Mr. Bullard said.

Gov. Glenn Youngkin of Virginia declared a state of emergency on Thursday ahead of the storm’s arrival. “We have already started planning and mobilizing resources needed to protect the Commonwealth,” Mr. Youngkin said, urging Virginians to stay off the roads. Heavy snow was expected to produce up to four inches in the southeastern part of the state. Significantly higher amounts could fall farther north along the Delmarva Peninsula.

Areas in and around Washington could see just a few inches of snow.

Blizzard conditions, producing as much as a foot of snow, could blanket coastal sections of Delaware, Maryland and New Jersey. Some areas in the region could see higher snow totals. Similar forecasts were set for southeast Pennsylvania.

In the New York region, snow totals could vary widely.

A blizzard warning was in effect from Friday evening through Saturday for the coastal counties of New Jersey, meteorologists said. The area could see wind gusts up to 50 miles per hour and as much as 15 inches of snow.

Across New York City and portions of New Jersey and Connecticut, where a winter storm warning was also in effect for Friday night and most of Saturday, up to nine inches of snow could accumulate. Gusty winds near 45 m.p.h. would also be a problem, creating near blizzard conditions for a period. Areas east of the city, particularly on Long Island, could see more than 14 inches.