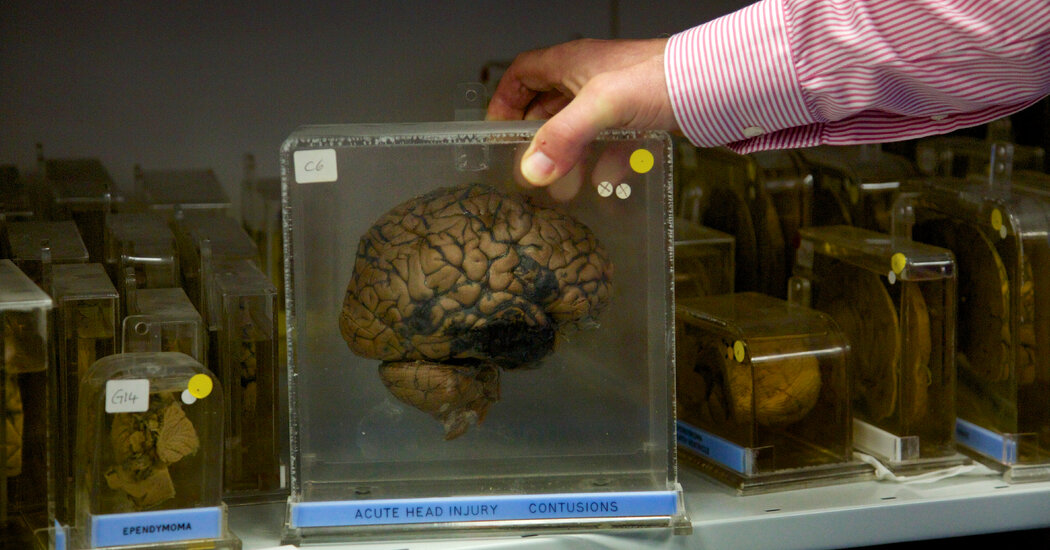 But as the group’s impact grew, more of its members were supported by the sports leagues the group was meant to advise. Those relationships prompted critics to question whether the group could truly offer a rigorous and unbiased interpretation of the research on head trauma.

“There’s no basis to say it’s a consensus, it’s a consensus of people who were given a lot of money to do this,” said David Michaels, a former assistant secretary of labor for the Occupational Safety and Health Administration and the author of “The Triumph of Doubt: Dark Money and the Science of Deception.” “It doesn’t mean they’re intentionally hiding the truth. But we know that financial self-interest blinds them to what’s there.”

The first accusation of plagiarism against McCrory was for an editorial he wrote in 2005 for the British Journal of Sports Medicine, which he edited at the time. But Steve Haake, a professor of sports engineering in Sheffield, England, noticed that about half the piece was lifted from an article Haake published five years earlier in Physics World.

That publication did not pursue the matter. Last year, Haake raised the issue with the British Journal of Sports Medicine, which eight months later, on Feb. 28, retracted McCrory’s piece because of “unlawful and indefensible breach of copyright.”

Haake was not satisfied.

“I would like there to be some punishment for such blatant plagiarism, as there is for students,” Haake wrote on the website Retraction Watch. “If anyone can steal our words at any time and get away with it, what’s the point?”

McCrory did not respond to a request for comment, but he told Retraction Watch that the instance of plagiarism was “isolated.” By then, Nick Brown, a doctor who runs a popular blog documenting flaws in published research, had unearthed two more papers McCrory published in the British Journal that had potentially been plagiarized. McCrory said that in one, the draft of the article was uploaded prematurely and that he had asked the journal to retract the piece. In the other, he said, the typesetting did not include the necessary quotation marks.

“In both cases, the errors were not deliberate or intentional but nevertheless require redress as what has been published is plagiarism,” McCrory told Retraction Watch. “Once again I apologize for my error.”