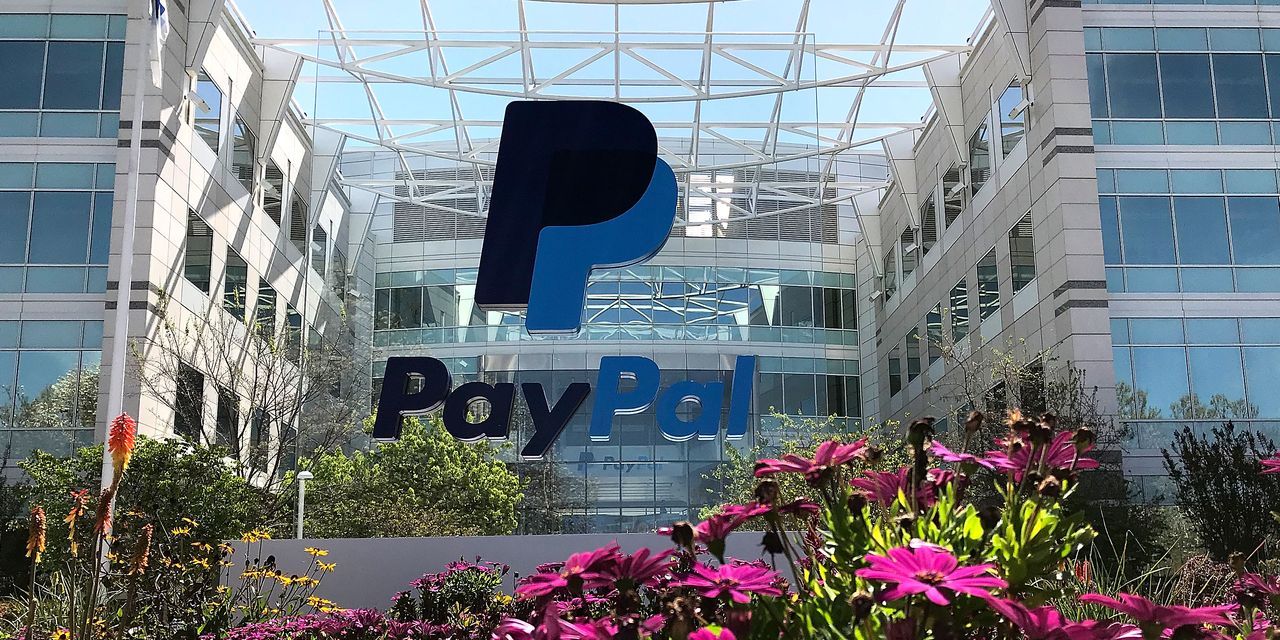 Holdings stock was sinking after the payments company reported earnings and guidance that fell short of Wall Street estimates.

Shares of PayPal (ticker: PYPL) have tumbled 16% to $147.40 in after-hours trading Tuesday after gaining 2.2% during regular trading hours.

This is only PayPal’s most recent disappointment. In November, the payments company said it would earn $1.12 a share during the fourth quarter, well below forecasts for $1.28, while putting its sales guidance at a range of $$6.85 billion to $6.95 billion, below expectations for $7.24 billion. While sales finished within that range, earnings missed.

PayPal CEO Dan Schulman was upbeat in the company’s earnings release. “2021 was one of the strongest years in PayPal’s history,” he said. “We reached $1.25 trillion in [total payment value, or] TPV and launched more products and experiences than ever before. The future is moving in our direction, and we are investing in our consumer and merchant capabilities to seize the opportunity in front of us.”

Mizuho’s Dan Dolev tried to see the bright side of PayPal’s earnings miss. He notes that TPV growth not including

and peer-to-peer grew to $55 billion from $53 billion during the third quarter. PayPal’s “take rate” not including eBay accelerated, too, while transactions per account also picked up steam. “Following the COVID sugar rush, 4Q marks a return to earth for PYPL with a disappointing FY22 guide,” writes Dolev, who rates the stock a Buy. “On balance, despite the understandable knee-jerk negative reaction, we see signs of the COVID hangover coming to an end, opening a new investment opportunity in PYPL.”

Not everyone was so kind. Jefferies analyst Trevor Williams, who rates the stock a Hold, notes that 2022 revenue is set to grow by 16%, below the initial guidance for 18%, while earnings guidance was 10% below the consensus estimate at the midpoint. “…The narrative will be driven entirely by a FY22 outlook that, to put it bluntly, lacks anything redeeming,” writes Jefferies analyst Trevor Williams. “PYPL only expects to add 15-20mn Net New Actives in FY22 vs. Street 53mn, which likely stokes competitive concern.”

PayPal stock hasn’t had an easy time of it lately. The stock has dropped 27% over the past year, including an 8.8% slide during 2022 alone. That decline is about to get much worse.

Still, PayPal’s earnings were disappointing enough that they were weighing on other payment stocks as well.

(SQ), the former Square, has dropped 4.5% in after-hours trading, while