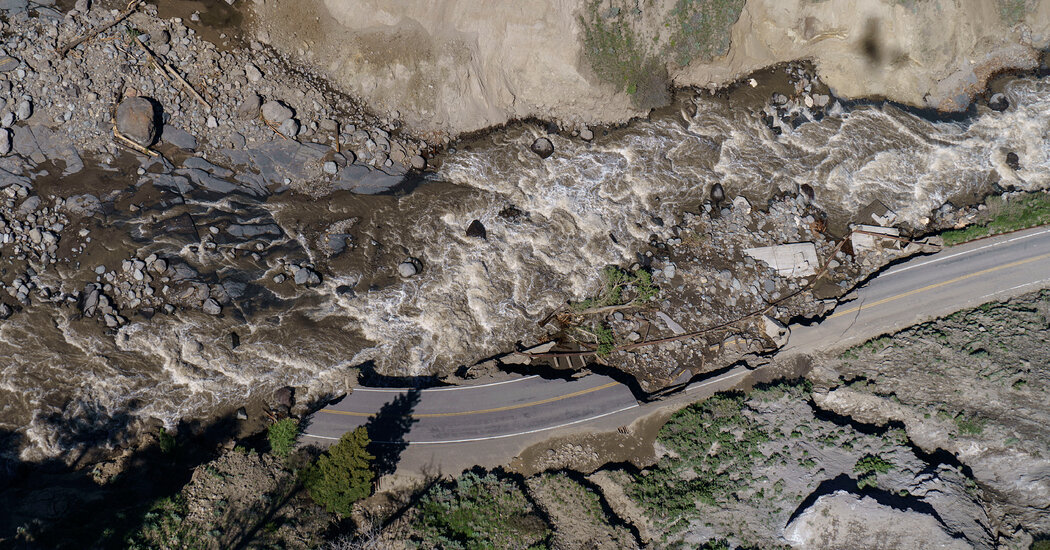 Parts of Yellowstone National Park will reopen to a limited number of visitors on Wednesday, and the National Park Service will spend $50 million to fast-track repair work to restore access to about 80 percent of the park within two weeks, officials said on Sunday.

The Park Service made the announcements a week after historic flooding prompted the closure of Yellowstone and the evacuation of thousands of visitors at the start of the busy summer tourist season.

On Saturday, the Park Service announced that it would reopen the eastern, southern and western entrances to the park on Wednesday. The reopening will allow visitors to access the south loop of the park, which includes the Old Faithful geyser.

The northern section of the park and its entrances, which were damaged more severely by flooding, remained closed, but the Park Service said on Sunday that it would spend $50 million to restore temporary access to the northern portion of the park, including from Gardiner and Cooke City, Mont., within two weeks.

Visitors would be able to use those access points after the completion of inspections of infrastructure repairs in the park’s northern loop, the Park Service said. Once that happens, access would be restored to about 80 percent of Yellowstone, which encompasses more than two million acres — mostly in Wyoming, but also in Idaho and Montana. Popular attractions in the northern part of the park include Dunraven Pass, Mammoth Hot Springs and the Norris Geyser Basin.

Severe Weather in the U.S.

“We have made tremendous progress in a very short amount of time but have a long way to go,” the park’s superintendent, Cam Sholly, said in a statement.

This week would ordinarily have seen tens of thousands of visitors kick off their summer vacations in the park, which turns 150 years old this year. Instead, officials are still sifting through the destruction that began the weekend of June 11, when two to three inches of rain combined with warming temperatures to melt up to five inches of snow, causing flooding that destroyed roads and bridges throughout the park.

By the afternoon of June 13, citing “extremely hazardous conditions” and “unprecedented” rainfall, park officials had announced that all entrances to the park would be closed, and that they would begin evacuating people who were inside.

Much of the worst damage is in the park’s northern section, and officials have provided no timeline for when it might fully reopen. Portions of a key road along the Gardiner River in Montana were washed away entirely, leaving communities and businesses cut off from the rest of the park. Other roads remain closed because of mudslides, missing bridges or downed trees, officials said.

The park service said it had worked with local businesses and residents to manage the demand for access against the damage caused by the rain and floodwaters. The license plate system was suggested by people who live near the park, it said, and its efficacy would be reviewed within a month.

Last year was the busiest on record for Yellowstone, as visitors flocked to outdoor recreation amid the coronavirus pandemic. Last July, it saw more than one million visitors, a monthly record.

While it is difficult to directly connect this month’s damage at Yellowstone to climate change, scientists have warned that the changing environment will significantly reshape U.S. national parks in the coming years. Last year’s federal infrastructure bill included $1.7 billion in funding for national parks, meant in part for climate mitigation projects like relocating trails from flood zones.