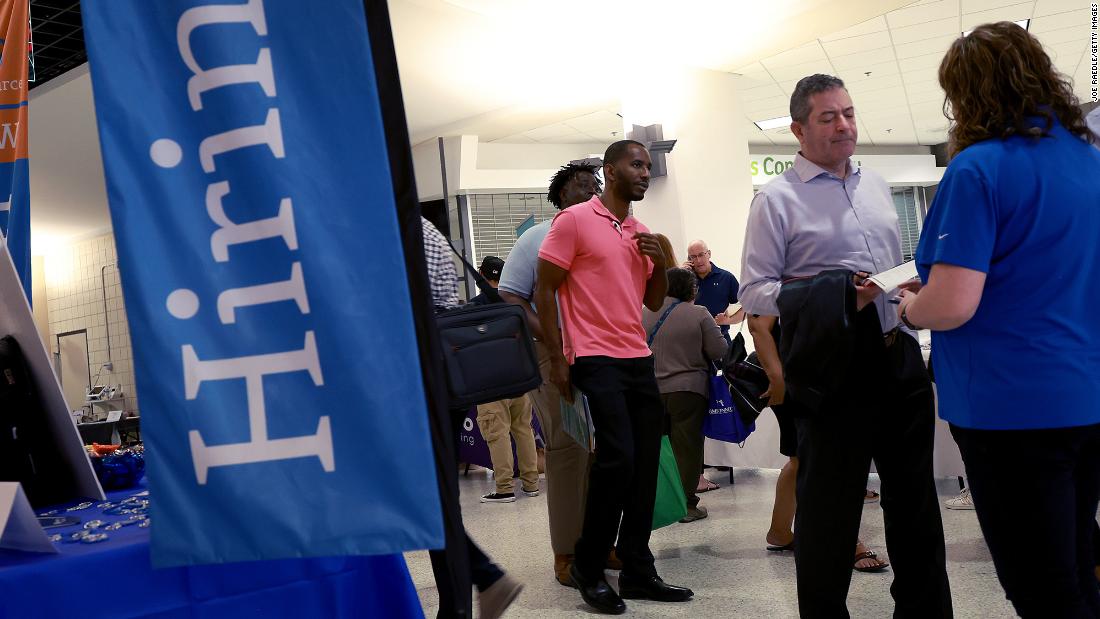 The nation’s unemployment rate rose to 3.7% from 3.5%, as more people entered the labor market looking for work, the Bureau of Labor Statistics reported Friday. The labor force participation rate ticked up by 0.3 percentage points to 62.4% but still remains below the pre-pandemic level of 63.4%.

The August jobs report is among the key economic data the Federal Reserve will review when it meets later this month to decide how much to ratchet up its benchmark interest rate in order to stifle stubbornly high inflation. Thus far, the Fed has been battling soaring inflation by implementing punishingly high rate hikes.
While the economy is slowing and certain industries such as housing are showing softening amid a series of hefty rate hikes, the labor market has remained strong — a little too strong for the Fed’s liking. Fed Chairman Jerome Powell said last week the labor market is “clearly out of balance, with demand for workers substantially exceeding the supply of available workers.”

“We have a calm center and lots of conflicting factors swirling around,” he said. “But effectively what we’re seeing is that in spite of rising rates and supply chain issues that continue to plague [businesses], the jobs market is robust. There’s a lot of pent-up demand for employees.”

Some of the biggest monthly employment gains in August came from professional and business services as well as the health care sector, which saw employment increase by 68,000, and 48,000 positions, respectively.

The US economy has added an average of 438,000 jobs per month so far this year, after factoring in revisions that lowered June and July’s employment gains by 107,000 jobs.

“I think it’s reasonable to expect that we will not keep that pace up between now and the end of the year,” said Mark Hamrick, senior economic analyst at Bankrate. “I think that we may well have seen the low for unemployment during this cycle.”

The average monthly job gains are robust, compared to pre-pandemic times when the monthly average was around 200,000, BLS data shows. But even the slower pace of August’s increase would be considered acceptable to the Fed, said Brian Bethune, an economics professor at Boston College.

“I don’t think the Fed wants to see things suddenly decelerate, nor do they want to see things move at too rapid of a rate for the economy to adjust,” he said. “What the Fed wants is the Goldilocks economy. They want it to be moving along at a steady pace — but not too fast; not too hot, not too cold.”

The strong labor market and job gains shouldn’t be viewed as a net negative, Bethune said, noting that adding workers helps to ease supply-side constraints in goods and services.

“If the Fed goes and drives through the stop sign [by overcorrecting and spurring a recession], and we get a reduction in employment as a result, then we’re going to get a reduction in supply — really not the right path to go at all,” he said.

This is the second jobs report released since the end of July, when the Fed’s rate hike committee last met. Powell said last week that the central bank’s decision in September will depend on the “totality of the data and the evolving outlook.”

Among the biggest reports to land in the weeks to come will be the Consumer Price Index and Producer Price Index, which could help show the direction of inflation.

The Fed is also closely monitoring wage growth, with Powell previously expressing concerns that continued gains could keep inflation elevated. Wage gains continue to be outpaced by the rate of inflation, which is still at 40-year highs but slowed slightly in July to 8.5% from 9.1%. The August report showed that the pace of average hourly earnings increased at a slower pace of 0.3% from July. That’s the lowest rate of increase since April, for an annual growth of 5.2%.

“This is, no doubt, a welcome development for the Fed, but we shouldn’t see this as a sign of an imminent Fed pivot toward looser monetary policy,” Gregory Daco, chief economist for EY, wrote in a note Friday.

Daco said that “barring a surprisingly strong CPI” reading, he anticipates the Fed will institute a 50 basis point increase at its meeting later this month.