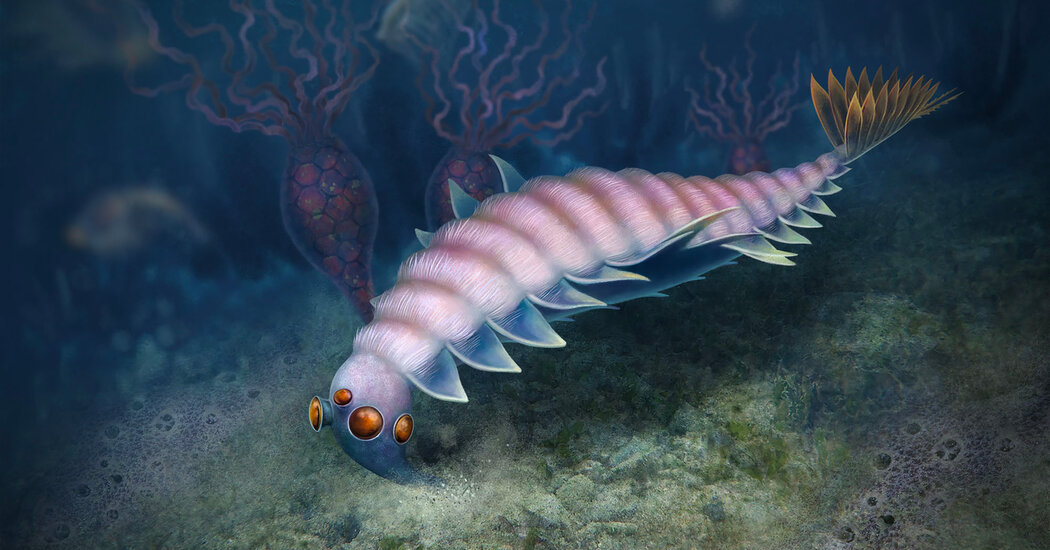 Of all the strange creatures unearthed from the Burgess Shale — a cache of remarkable Cambrian fossils deposited in the Canadian Rockies — none has been quite as transfixing as Opabinia. And for good reason — with five compound eyes and a trunk-like nozzle that ended in a claw, Opabinia seems otherworldly, like something imagined in a science fiction novel, rather than a swimmer in Earth’s oceans some 500 millions years ago.

In “Wonderful Life,” his best-selling opus on the Burgess Shale, the evolutionary biologist Stephen Jay Gould labeled Opabinia as a “weird wonder,” and said it belonged among the pantheon of evolutionary icons like Archaeopteryx, Tyrannosaurus rex and archaic human ancestors.

However, Opabinia has remained shrouded in evolutionary mystery because of a frustrating lack of fossils. The bulk of Opabinia specimens were collected more than a century ago and the creature has never been found outside of the Burgess Shale.

Which was why Stephen Pates, a paleontologist, was so perplexed when he stumbled upon an odd fossil stored at the Natural History Museum at Kansas University in 2017. At the time, Dr. Pates was a graduate student studying the diversity of radiodonts, Cambrian predators that sported grasping, claw-like appendages. But the ghostly orange imprint before him lacked the trademark appendages.

“When I first looked at it, I wasn’t sure what it was, but I wasn’t sold that it was a radiodont,” said Dr. Pates, who is currently a researcher at the University of Cambridge.

The fossil had been unearthed in western Utah, and it had zigzagging body flaps and a tail brimming with enough spikes to make a Stegosaurus jealous. The traits were reminiscent of Opabinia, but the creature’s poorly preserved head was little more than a crimson smear, obscuring the proboscis and generous allotment of eyes.

To determine the identity of the Cambrian creature, Dr. Pates teamed up with several researchers at Harvard University, where he was a postdoctoral researcher, to run the fossil through a variety of phylogenetic tests. They compared 125 of the fossil’s traits with more than 50 groups of modern and extinct arthropods and built detailed evolutionary trees.

According to Joanna Wolfe, a research associate at Harvard and co-author of the new research, the evolutionary trees allowed the team to rule out radiodonts and conclude that the new fossil was likely closely related to Opabinia, the Burgess Shale’s lonely wonder.

In a paper published Wednesday in Proceedings of the Royal Society B, the team described the fossil as only the second opabiniid ever discovered. They named the new species Utaurora comosa, after the Roman goddess of the dawn, Aurora, who turned her lover into a cicada — one of the innumerable arthropods that came after Utaurora.

While the animal still looks more alien than arthropod, the researchers believe that Utaurora represents an important predecessor to the evolution of insects and crustaceans. Opabiniids were the first groups to possess backward-facing mouths and their furrowed flaps appear to have been a precursor to segmentation, both common characteristics of modern arthropods, according to Dr. Pates.

However, it wouldn’t resemble any arthropod living today. As it undulated through an ancient sea with its flaps and spiky tail fan, Utaurora likely wielded its proboscis to shovel food into its mouth. Opabinia looked similar, although there were key differences between the two species. The younger Utaurora sported more spikes on its tail and, at just over 1 inch long, its body was half the size of Opabinia’s.

The researchers believe the new discovery puts Opabinia in context, illustrating that one of the planet’s strangest creatures was not just a one hit wonder. “They were part of the bigger picture of what was going on and not just this weird curiosity,” Dr. Pates said.

While Opabinia is no longer unique, the minuscule sea creature is no less captivating to Dr. Wolfe, who grew up reading “Wonderful Life,” and credits Gould’s enthralling description of Opabinia as a catalyst for her paleontological career.

“I guess it’s not actually such a weird wonder now, but I don’t think that makes it less of a wonder,” she says. “It’s just not so weird.” 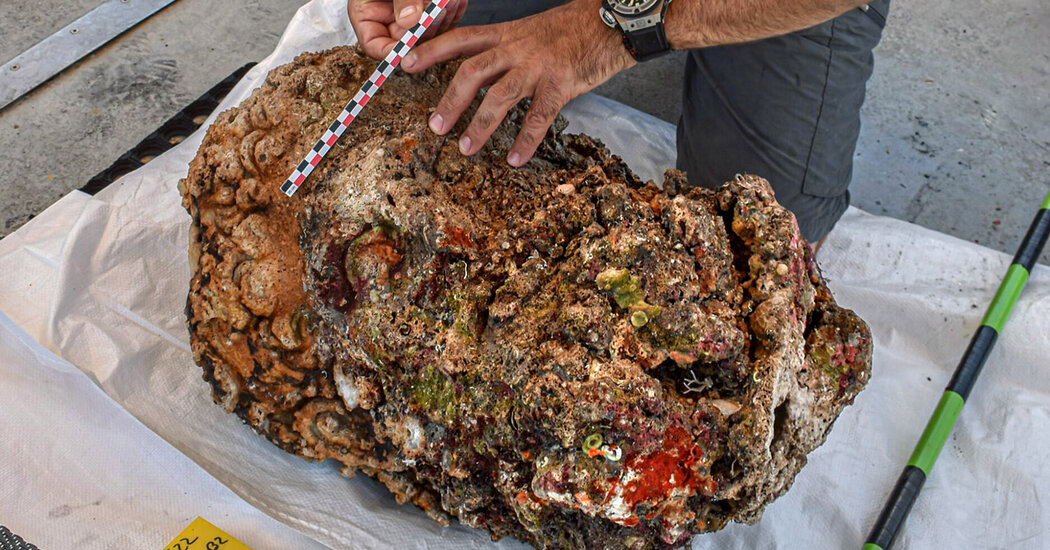