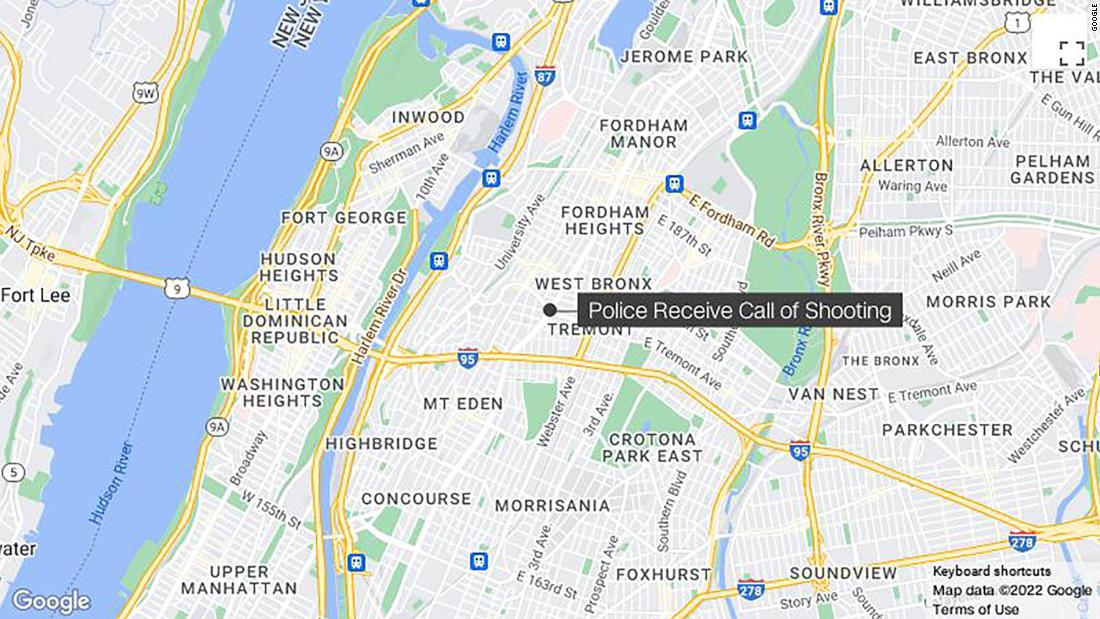 The New York Police Department on Thursday arrested Dion Middleton, 45, and recommended charges of murder, manslaughter and criminal possession of a weapon, according to a police press release.

Investigators are looking into the possibility that the victim, identified by police as Raymond Chaluisant, 18, fired a water gun at Middleton, sparking the altercation, according to a law enforcement official.

Police responded to a 911 call for a shooting at the corner of East Tremont Avenue and The Grand Concourse about 1:30 a.m. Thursday, according to the news release. The officers that responded found the 18-year-old in the vehicle with a gunshot wound to the face.

When the officers opened the door to aid the teen, they found the toy water gun, which fires gel water beads, the official said.

Chaluisant was taken to a hospital where he was pronounced dead, police said.

Investigators at the scene later determined that the original location of the incident was near the Cross Bronx Expressway and Morris Avenue, about a half-mile away. Hours later, Middleton was arrested, police said.

Officer ‘will be immediately suspended without pay’

“These very serious charges are in no way a reflection of the officers who work to keep our city safe every day,” said New York City Correction Commissioner Louis A. Molina. “This officer will be immediately suspended without pay, and if the charges are true he will face the full consequences of the law and be terminated.”

The city’s correction officers maintain security at jails and other detention centers.

Middleton has been a correction officer since 2013 and his current job was working at the department’s firing range in Rodman’s Neck in the Bronx, according to a Department of Correction spokesman.

Middleton went home and then to sleep after the shooting, according to another law enforcement official. He was then believed to have gone to his job at the firing range where he works, the official said. Middleton was arrested by police at the gun range Thursday afternoon, the official said.

While in custody, Middleton made incriminating statements to investigators, the official said.

New York Attorney General Letitia James’ office will handle the case, as it does when someone is killed by law enforcement. A spokeswoman for James did not have a comment.

The union that represents Middleton did not immediately respond to a request for comment.

Investigators are still searching for surveillance video of the shooting.

The NYPD said in a tweet Thursday, shortly after it announced Middleton’s arrest, that bead blasters that “shoot gel water beads propelled by a spring-loaded air pump” qualify as air rifles, which are illegal in New York City.

An NYPD spokesperson said the tweet was not in response to the shooting, but because other cases involving gel water beads have occurred recently.

Investigators still are trying to determine where the shooting took place, according to the second law enforcement official. Chaluisant was in the front passenger seat being driven by a friend when they were spotted going against traffic, the official said. Investigators believe they were going to a nearby hospital.

The driver stayed at the scene and cooperated with investigators, the official said.