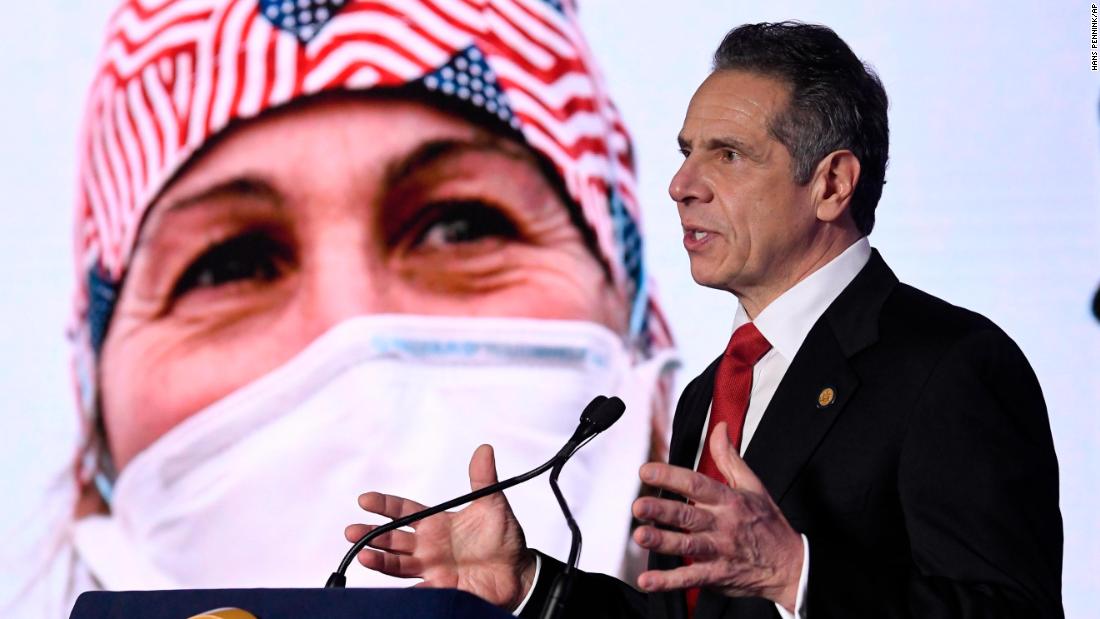 The audit, released Tuesday by State Comptroller Thomas P. DiNapoli, shows nursing home deaths were undercounted by 4,071 during a 10-month period of the pandemic, from April 2020 to February 2021. The audit shows a total of 13,147 deaths happened during that time frame, but only 9,076 were reported.

The audit also found the health department failed to report more than 50% of the nursing home deaths from April 15 through May 2, 2020.

“The public was misled by those at the highest level of state government through distortion and suppression of the facts when New Yorkers deserved the truth,” DiNapoli said in a news release announcing results of the audit. “The pandemic is not over, and I am hopeful the current administration will make changes to improve accountability and protect lives.”

State auditors highlighted the level of control over the data exercised by Cuomo, members of his staff within the Executive Chamber and the members of the New York State Interagency Task Force, including former State Health Commissioner Howard Zucker.

The audit cites a November 2021 Assembly Impeachment Investigation Report, sworn testimony to the New York Attorney General and various news reports that collectively painted “a picture of an Executive that was micromanaging with top-down decision making on every matter, regardless of size, and tight control over information.”

Using details from the Assembly report and sworn testimony, the audit also indicates Department of Health officials were concerned the Interagency Task Force contained mostly non-medical experts, “whose decisions were not always made based on scientific or medical advice — but whom Department health experts nevertheless often had to defer to.”

“As the number of out-of-facility deaths were reported last January this is not news, however what is peculiar is the Comptroller’s release of this audit now — but no one has ever accused him of being above politics,” Azzopardi told CNN in a statement.

Cuomo, who was widely lauded in Democratic circles for his leadership in the early days of the pandemic, has since been under significant scrutiny over his administration’s guidance regarding Covid-19 and nursing homes.
One of Cuomo’s top aides admitted in February 2021 that the administration delayed the release of nursing home Covid-19 death data, wary of a US Justice Department preliminary inquiry.
The New York Times and Wall Street Journal also reported in March 2021 that some of Cuomo’s top aides allegedly rewrote a July nursing home report from state health officials to hide the higher Covid-19 death toll among the state’s nursing home residents.

The audit also criticized the DOH for not collectively analyzing on a routine basis the multiple data sources it has to respond more effectively to an infectious disease outbreak.

DiNapoli called on the DOH “to provide the families who lost loved ones with answers as to the actual number of nursing homes residents who died. These families are still grieving, and they deserve no less.”

The audit recommends the health department, in addition to expanding use of infection control data and improving the quality of reported data, strengthen its coordination with local officials and collect supplemental data through other sources, like the CDC.

It also recommends the governor’s office assess and document its internal control environment at the health department and take steps to ensure cooperation with local officials, state oversight inquires and external reporting.

The acting executive deputy commissioner of the DOH disagreed with the report in a 13-page response, which was also included in the audit.

“As the Draft Report acknowledges and the New York State Assembly concluded during its investigation concerning the State’s public disclosures, the scope of health data that was released to the public by the prior Administration was determined by that Executive Chamber, not Department personnel, and any Department-issued data was accurately described,” Kristin M. Proud said in the response.

“Whatever criticisms may now be directed at the prior Administration relating to issues of transparency, or the particular categories of information that were publicly disclosed, those ultimately were matters for the Executive Chamber of the prior administration and not Department personnel.”

The audit also stated “persistent underinvestment” in public health over the past decade may have hindered the DOH’s ability to prepare and respond to infectious disease outbreaks at the nursing homes.

“Department staff, by all accounts, have worked tirelessly throughout the pandemic,” the audit says. “However, better data and information systems and an established system of proactive infection control review for facilities prior to the pandemic would have provided them with more accurate and complete information early on to assist them in their work and would have helped facilities be better prepared.”