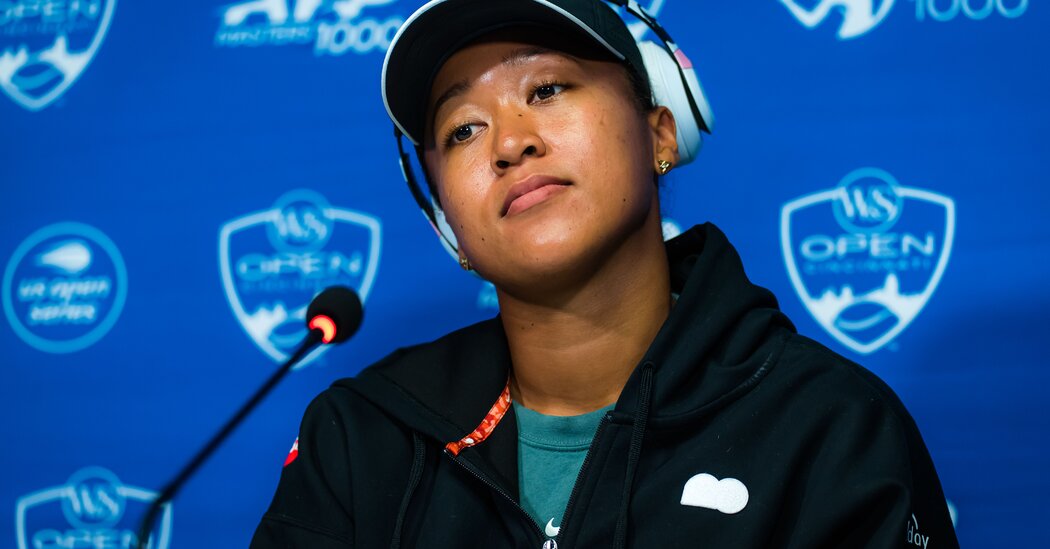 “The Tokyo Olympics, I’ve kind of been waiting for them for eight years almost, because I didn’t make it to the Rio one,” Osaka mentioned of the 2016 Games in Rio de Janeiro. “I felt everyone started asking me about the Tokyo Olympics every year from that point, so I feel very sad about how I did there but also a little bit happy I didn’t lose in the first round as well because I haven’t played.”

Daugherty quickly requested his query. “You are not crazy about dealing with us, especially in this format,” he mentioned. “Yet you have a lot of outside interests that are served by having a media platform. I guess my question is, How do you balance the two?”

Osaka hesitated and requested Daugherty: “When you say I’m not crazy about dealing with you guys, what does that refer to?”

Daugherty answered, “Well, you’ve said you don’t especially like the news conference format, yet that seems to be obviously the most widely used means of communicating to the media and through the media to the public.”

Osaka started to reply, talking fastidiously. “I would say the occasion, like, when to do the press conferences, is what I feel is the most difficult,” she mentioned, referring to their timing earlier than making a number of lengthy pauses after which declining a chance from the information convention moderator to transfer on to the subsequent query.

She requested Daugherty to repeat his question. “I can only speak for myself,” she mentioned. “But ever since I was younger I have had a lot of media interest on me, and I think it’s because of my background, as well as how I play, because in the first place I’m a tennis player. That’s why a lot of people are interested in me, so I would say in that regards I am quite different to a lot of people. And I can’t really help that there are some things that I tweet or some things that I say that kind of create a lot of news articles or things like that.”

Osaka mentioned she was “not really sure how to balance the two” and mentioned to Daugherty that she was “figuring it out at the same time as you are.”