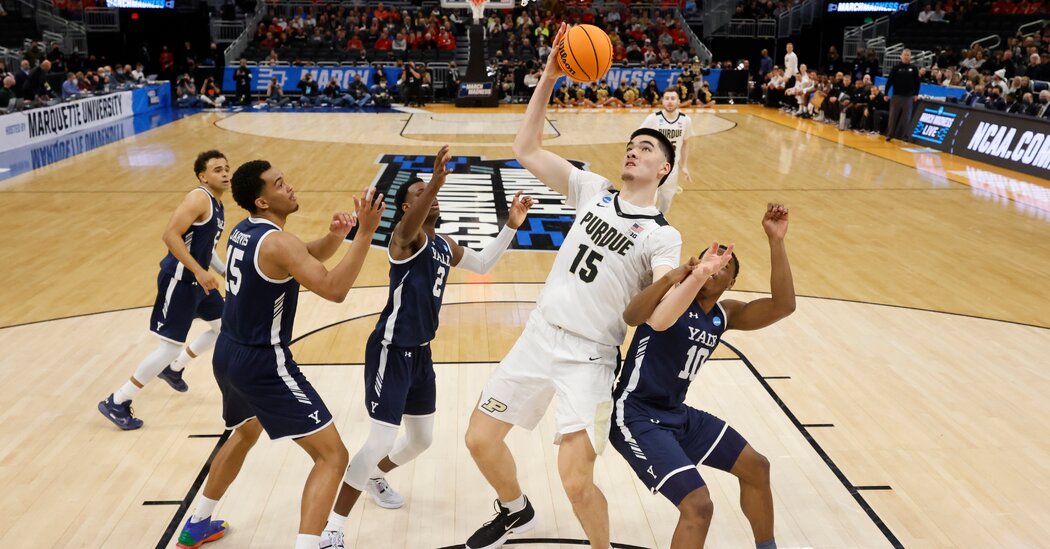 Malaki Branham, a freshman guard, added 14 more for Ohio State, which will play on Sunday and try to advance to the round of 16 for the first time in nine years.

The outing was among Ohio State’s worst offensive performances during a season when it has scored at least 80 points in 11 games, prompting a postgame cross of a grimace and a chuckle from Coach Chris Holtmann. The Buckeyes defense, though, allowed Loyola to make just 27 percent of its field goal attempts. The Ramblers also sank only three free throws.

“We could hang our hat on our defense right now,” Holtmann said, “and we did that.”

Braden Norris, who finished with 14 points, was the lone Rambler to score more than 8, and Lucas Williamson, a sterling defender who also led Loyola in scoring this season, managed to make just a free throw and a 3-pointer. He missed nine of his 10 shots from the field.

“I’m disappointed in myself,” Williamson said. “I don’t feel like I played to the standard that I put myself at.”

He was, he added, “kind of just stunned right now.”

Although Loyola struck first, Ohio State controlled the game for close to its entirety: The Buckeyes trailed for just more than two minutes all afternoon.