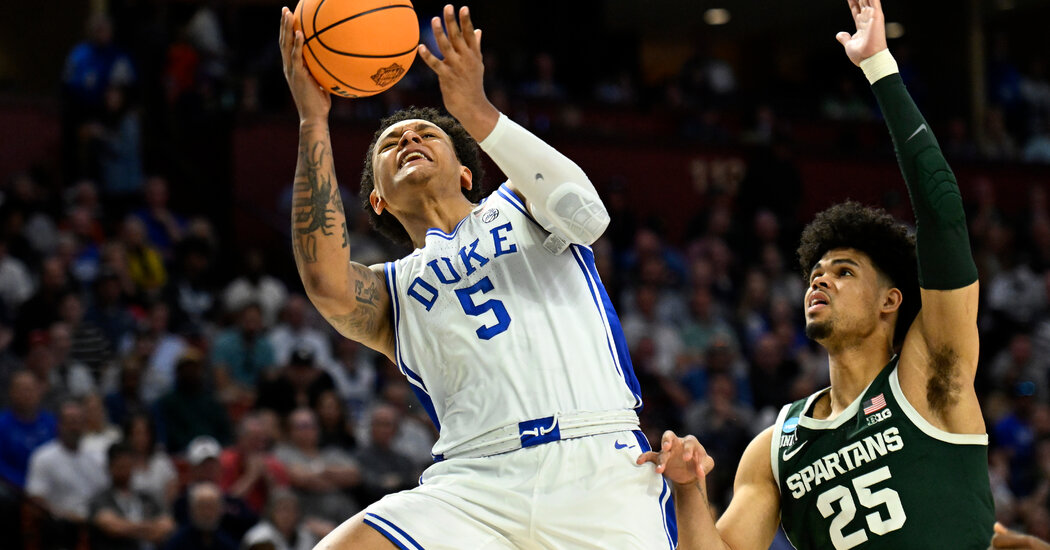 SAN DIEGO — Texas Tech’s players came as advertised. They bumped, they grinded, they switched and they dared Notre Dame to bring its offense into the middle of the floor. And for another night, as the Red Raiders’ offense also lived down to its reputation, it worked.

The Red Raiders stonewalled Notre Dame’s storybook week — and season — with a 59-53 win despite shooting 35.6 percent from the field. As a result, Texas Tech advanced to the round of 16 on Thursday against Duke in San Francisco.

“The ball’s going to go in some nights, and some nights it’s not,” Kevin McCullar, the Texas Tech guard, said. “We know one thing that will be consistent is our defense and effort. We want to be the hardest-playing team out there, always.”

After a double-overtime classic against Rutgers in a play-in game and a spirited first-round win over Alabama on Friday, the Fighting Irish simply could not overcome the nation’s leader in defensive efficiency. It was a defensive battle that at times was more rock fight than ballet. What it lacked in artistry it made up for in grit.

Texas Tech’s bigs were too much for Notre Dame inside in the first half, holding the Irish to just 25 percent from the field (7 for 28). The Irish’s best chance early was shooting over the Texas Tech defense, and their 31 percent success from 3-point range (5 for 16) in the first half pulled them to within 26-25 at halftime.

But the margin for error was slim. Paul Atkinson Jr., who popped for a game-high 26 points against Rutgers on Wednesday, was limited to 5 points — and one field goal — by the Red Raiders. And Texas Tech held the sharpshooter Cormac Ryan, coming off a career-high 29 points against Alabama on Friday, to just 9 points. For the game, Notre Dame shot 32.7 percent. Still, the Irish had a chance to win into the final minute because Texas Tech shot only 32.1 percent in the second half.