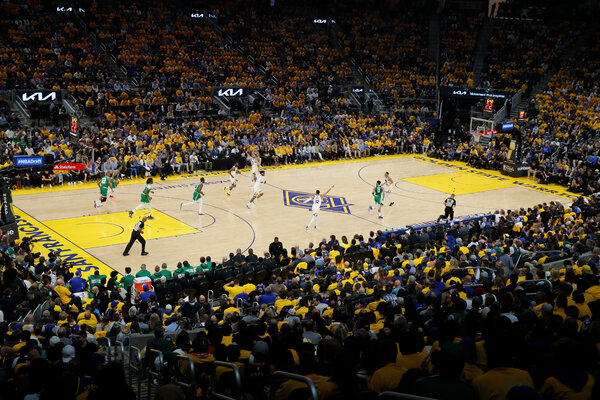 Mike Breen and Jeff Van Gundy, two longtime staples of ESPN’s broadcast team for the N.B.A. finals, will miss the opening game of the championship series between Golden State and the Boston Celtics. An ESPN spokesman said that both broadcasters had tested positive for the coronavirus in recent days, but Van Gundy said in an interview that he had not.

The N.B.A. finals begin Thursday in San Francisco and would be the 14th championship series featuring Breen on play-by-play alongside Van Gundy and Mark Jackson, two former N.B.A. head coaches. Instead, Game 1 will be called by Jackson and Mark Jones, with Lisa Salters as the sideline reporter.

Breen missed Game 7 of the Eastern Conference finals series between Miami and Boston on Sunday after testing positive for the virus. Van Gundy and Jackson, who had called games with Breen over the prior week, continued on with the game, with Jones filling in for Breen.

Van Gundy said in an interview Thursday that he had not been tested for the virus before Sunday’s game because he was asymptomatic, although his voice was noticeably hoarse during the Game 7 broadcast. The N.B.A. did not institute a testing mandate for members of the television and news media for this year’s playoffs, as it did last postseason.

Van Gundy said that on Monday, upon flying home to Houston, he started to feel slight symptoms. The next day, he took a home test, which he said was inconclusive. ESPN then sent Van Gundy two other rapid tests, which he said came out negative. Van Gundy also said he wasn’t sure why he had been pulled from broadcasting Game 1, and that he hoped to be back for Game 2 Sunday in San Francisco.

Van Gundy added that he was no longer experiencing symptoms.

Adrian Wojnarowski and Kendra Andrews, reporters who frequently appear on air for ESPN, have also tested positive for the coronavirus, and will miss the series opener. Andrews is a beat writer covering Golden State, and Wojnarowski is the network’s top N.B.A. reporter.